Some of St. Patrick's Day green comes from added taxes

Are you celebrating St. Patrick's Day? Probably at least in some fashion. 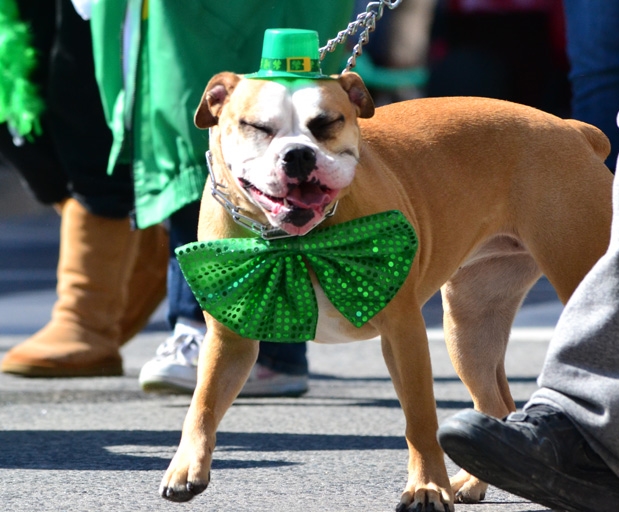 Everybody and their dogs love celebrating St. Patrick's Day. Photo by Michael Shehan Obeysek via Flickr.

The poll, conducted by Prosper Insights and Analytics for NRF, says the St. Paddy's celebrants are expected to spend an average of $35.37 per person on green garb, festive food and more.

And most of those expenditures will include some tax costs.

No toasts for beverage taxes: Let's start with the most popular March 17th tradition, the raising a glass (or two or …) of green beer.

Your favorite beer, regardless of color, comes with a variety of taxes. In fact, says the Beer Institute, taxes are the most expensive ingredient in beer today.

More than 40 percent of what American beer drinkers pay for a class of their favorite chilled potent potable goes toward federal, state and local taxes, from excise to consumption to sales taxes, as well as the normal business taxes.

The federal excise tax rate on beer is $18 per barrel of brew. That comes to around 5 cents per 12-ounce can.

Then the states tack on their beer taxes. The map below from the Tax Foundation gives you an idea of what you'll pay. 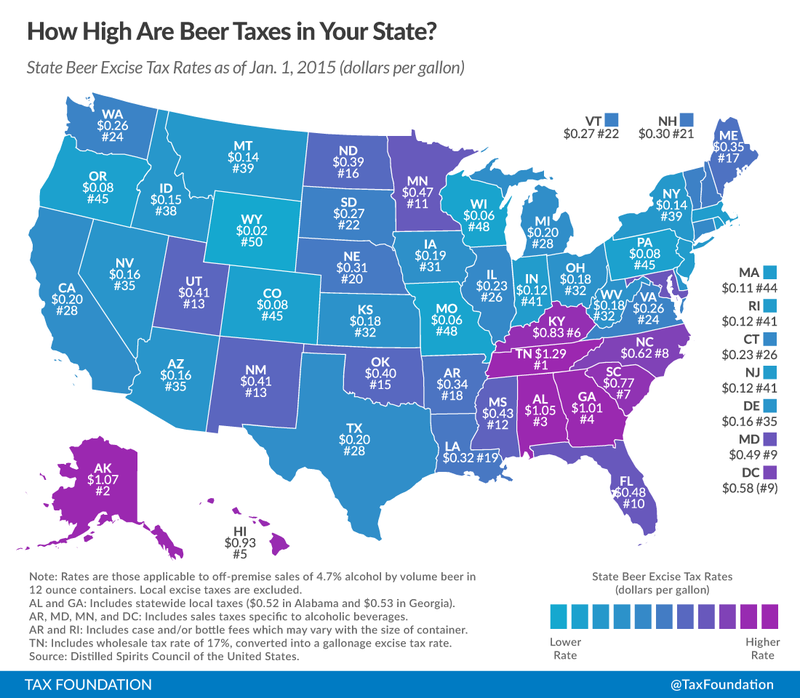 If you prefer Irish whiskey, either straight or in your post-dinner coffee, you'll pay taxes there, too. Uncle Sam collects $13.50 per each proof gallon, or around $2.14 for a 750 milliliter bottle of an 80 proof distilled spirit. The Tax Foundation has another map for the state-by-state taxes on these harder beverages.

Taxes eat into your meals: Then there's food. You'll need that to make sure you don't suffer the effects of too much alcohol.

If you're making your owned corned beef and cabbage, be prepared to pay at least some sales tax on the ingredients depending on where you live.

Not a cook? If you go out to your favorite Irish pub for a meal today, you'll likely pay sales tax on those meals, too.

And don't think you can escape the tax (and the tip to your server) by opting to order your St. Patrick's Day dinner to go. Many states and local governments also add sales tax to carry-out meals.

Other added tax costs: Check your register receipt for that new green blouse or leprechaun hat. You'll probably pay tax on that, too.

And if you're heading out to hear your favorite Celtic music band, look out for an amusement tax added to that ticket.

Yep, the variety of taxes are enough to drive you drink another green beer. Just make sure you can afford that extra brew plus tax!