IRS 2016 refunds around same amount, at same pace
Tax refunds in many states, however, are markedly slow in arriving

The 2016 federal tax filing season so far is, for the most part, statistically identical to 2015.

Through March 11, around 74.456 million taxpayers have submitted returns. At this time last year, the count was 74.455 million.

The Internal Revenue Service is running a tad slower this year in its processing of those millions of 1040 forms. However, the pace is less than 1 percentage point behind last year's return handling rate. 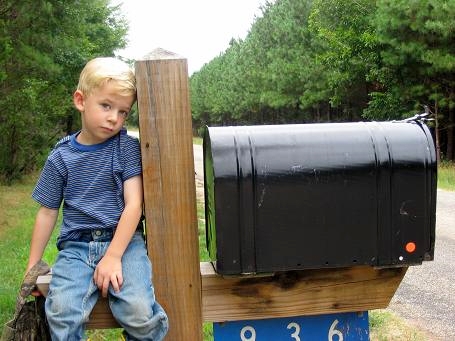 Still waiting for your tax refund? Federal refunds seem to be on pace, but things are slow in many states.

As for the most important issue, refunds, the IRS has through early March sent money back to 59.7 million filers. That refund delivery rate is slightly down, by 1 percentage point, from the 60.3 million refunds that had been issued at this time in 2015.

But the good refund news is that folks are getting a little more money this year.

Tardy state refunds: The news on the state tax side, however, is not so good.

As I noted last week at my other tax blog, state efforts to fight tax identity theft and refund fraud are causing delays nationwide in the processing of those returns. And those slow state tax refunds are angering filers.

These frustrated folks are making their voices heard at the various state tax department offices and their social media outlets. I'm hearing about it, too, with messages like these:

"My return was accepted on January 30th. Have been in checking for accuracy status ever since. No refund."

"I filed my state taxes Jan. 23 2016 still have not got my refund yet and it is March 4. The website still says checking for accuracy. This sucks."

"I filed Jan. 31st. I received my federal Feb. 10th. I also elected direct deposit. Here it is March and this stupid slow ass state STILL haven't issued my money that I've worked hard for. I know some people elected direct deposit and they received a paper check. People filed at the end of February and they have received theirs. WHAT IS THE HOLD UP? UGH! Y'ALL SUCK!!!"

"Filed Feb. 22. And I'm still waiting they don't have any date or information on when they will return the refunds just a site that isn't giving any information."

I'm happy to serve as a venting outlet, particularly on my post about refund delays in Minnesota, Montana, North Dakota and South Carolina and my other item on similar refund issuance slowness in Illinois, Louisiana and Utah.

Keep filers informed: As noted here and at Bankrate, the reason for the delays is so that states can thoroughly check returns to ensure they aren't being filed by crooks claiming fraudulent refunds.

Everyone gets that. And most people are willing to wait a bit to help stop -- and catch -- the tax identity thieves.

But states need to keep communicating with taxpayers who are waiting for their legitimate refunds. The not knowing what is happening in their particular cases is adding to their rightful anger at the slow refund process.

Cuban tax change: Also last week at Bankrate, I blogged about how the changing diplomatic treatment of Cuba has led to a tax change. U.S. taxpayers now can claim the foreign tax credit against Cuban taxes they paid.

I usually post my additional tax thoughts over at Bankrate on Tuesdays and Thursdays and then highlight those items here at the ol' blog the following weekend. Thanks for reading here, there, anywhere!

Aug 1st now!! Filed feb 20th..have not received any information reguarding my state taxes..it feel like you been robbed or ripped off..thats the feeling you get when they dont communicate with concerning your money..i understand protecting tax payers but almost 6 months to do so?? Is ridiculous and very upsetting when i hear people losing there job because of childcare that they use taxes for doing the summer..they really could have done better with this..i just give up..im never going to see my refund

I filed my taxes January 23rd. I received my refund but why are they taking so long for state.DO anyone know when we suppose to expect state refund just curious.