This was supposed to be the year that the Internal Revenue Service and its Security Summit partners clamped down on tax identity thieves. 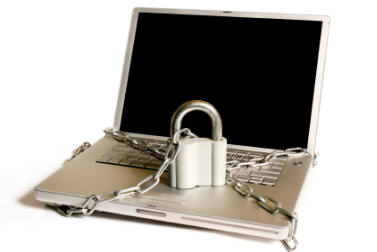 So much for the best-laid plans to fight tax fraud.

The 2016 filing season has seen a series of tax security concerns, both among private tax service providers and the IRS.

An IP PIN is used by folks who've had their tax filing data stolen. They use their IRS-issued six-digit IP PIN when they file to let the IRS know that their return is the legitimate one.

If IP PIN owners lose or forget this special six-digit filing verification number, they can get it by using the IP PIN retrieval tool at IRS.gov. Or they could have done that until this Monday, March 7.

That day, the IRS temporarily suspended the online IP PIN retrieval option as part of what the agency says is its "ongoing security review." While the IP PIN system is offline, the IRS says it also "is looking at further strengthening the security features on the tool."

Basically, one of the IRS' key solutions to tax identity theft has its security problems of its own.

Continuing series of security issues: Not surprisingly, the IP PIN situation has caught the attention of a Congress that already doesn't like the IRS. The head of the House tax-writing committee is now vowing even more IRS scrutiny.

Those previous security concerns include the hack of Get Transcript, another IRS online service where filers could, until it was shut down more than 10 months ago, get old tax filing data.

Then just last month, the IRS reported an unsuccessful attempt by an automated bot to break into the agency's Electronic Filing Personal Identification Number, or e-filing PIN, application. This is different from the IP PIN; an e-filing PIN is the number you need to electronically file your tax return.

Escalating Capitol Hill oversight: Brady charged the IRS of trying to sweep security problems under the rug of downplaying the number of people harmed by the system failures.

"Millions of Americans are now in the process of filing their tax returns and deserve to know that their information is secure," said Brady. "That’s why members of the Ways and Means Committee are working to hold the IRS accountable for protecting taxpayers."

The chair of the tax-writing panel also reiterated his response to the National Taxpayer Advocate's report earlier this year in which she raised concerns about the IRS' "woefully inadequate" fraud prevention systems:

"IRS employees' main priority should be to deliver excellent customer service to hardworking taxpayers who fund our government and pay their salaries. Ways and Means Members will continue to conduct rigorous oversight of the IRS and its plans in the months ahead."

"Looking ahead, the Committee will continue to review IRS plans and demand the IRS deliver taxpayers better and safer service," said Brady.

More tax talk: The IP PIN problem was one of the topics I covered last this week at my other tax blog.

I usually post my additional tax thoughts over at Bankrate on Tuesdays and Thursdays and then highlight those items here at the ol' blog the following weekend.

But since tax security is something that shouldn't be delayed, I'm noting my Bankrate Taxes Blog coverage early.

Also this week, today in fact, I posted about developments in the fantasy sports world.

Some states are trying to end the increasingly popular games in their states, charging that they are very thinly disguised online gambling outlets. Others are embracing fantasy sports and trying to regulate the providers.

The topic is getting added attention now that we're heading into March Madness, the biggest gambling -- legal, illegal and online -- month of the year.  But expect the activity to both condemn and condone the games to continue throughout the year and its many sports seasons.

And remember, whether you consider your fantasy winnings prize money or gambling payoffs, it's all taxable income.