In this media saturated age, there's no denying that everyone can benefit from some good PR. That also applies to federal agencies, especially the most-hated one, especially at this time of year.

That's why the Internal Revenue Service (you got that already, right, from the most-hated reference?) is touting its successes against tax identity thieves. It has issued its Top 10 list of prosecutions against financial crooks during fiscal year 2015. 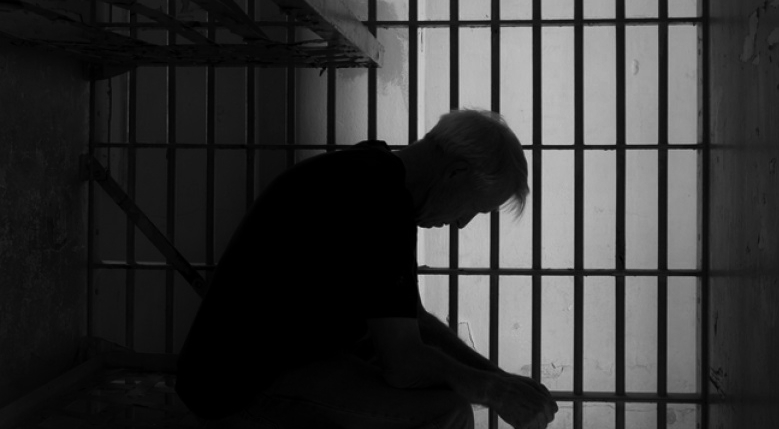 During that government financial year, which ran from Oct. 1, 2014, through Sept. 30, 2015, the IRS reports that it initiated 776 investigations into tax-related identity theft. It was quite successful, obtaining 774 jail sentences thanks to the efforts of the IRS Criminal Investigation unit.

The average jail time meted out was 38 months. One criminal, however, got substantially more, a sentence of more than 27 years.

So who got tickets to Club Fed recently? Read on for those whom the IRS considers the most noteworthy tax identity theft, refund fraud convicts. The details released by the IRS are based on public information available in the associated court cases.

Cobb and Carlyle each were also ordered to forfeit more than $1.8 million in a money judgment and to pay restitution in the same amount. Note the "each" judgment. That comes to a forfeiture/restitution total of more than $7 million.

The Tampa, Florida, couple pleaded guilty to conspiracy to commit mail fraud, wire fraud and aggravated identity theft. The schemers used stolen names, dates of birth, and Social Security numbers to file, from 2011 through November 2013, false tax returns claiming approximately $3 million in refunds. A search of the couple's home during the investigation turned up lists and medical records containing the personal identifying information of more than 7,000 victims.

2. Nine sentenced in $24 million stolen identity tax refund fraud ring: Keisha Lanier was sentenced on Sept. 25, 2015, in a Montgomery, Alabama, federal court, to 180 months in prison, three years of supervised release and ordered to forfeit more than $5.8 million for her role as the ringleader of a stolen identity tax refund fraud (SIRF) conspiracy.

Between January 2011 and December 2013, Lanier led a large-scale identity theft ring that filed more than 9,000 false individual federal income tax returns that claimed more than $24 million in fraudulent claims for tax refunds. The IRS paid out close to $10 million in refunds on these fraudulent claims. Ultimately, eight other residents of Alabama and Georgia were sentenced for their roles in the conspiracy.

3. Florida men sentenced for stolen ID scheme, obstruction of justice: Eddie Blanchard of Miami, Florida, was sentenced on Aug. 11, 2015, to 204 months in prison, three years of supervised release and ordered to pay $568,625 in restitution for his role in a stolen identity tax refund fraud scheme. Blanchard participated in the Miami-based scheme in which stolen personal identifying information was used to file hundreds of fraudulent tax returns in the Richmond, Virginia, area utilizing online tax preparation programs.

The scheme began to unravel when a Virginia police officer encountered Ramoth Jean removing a box containing stolen identification info from a storage unit that Jean, Blanchard and Junior Jean Merilia had rented. Blanchard convinced Jean to mislead federal investigators about the identity of his actual co-conspirators, going so far as to facilitate the creation of a fictional accomplice.

From at least October 2009 through May 2013, Concepcion and others participated in a conspiracy to obtain the personal identifying information of other individuals, including residents of Puerto Rico. Conspirators filed false and fraudulent income tax returns using the stolen information, which generated income tax refund checks. Concepcion's two sons and another convicted fraud participant also were sentenced to jail time.

5. Four Georgia residents sentenced for filing 1,100+ fraudulent returns: Four defendants were sentenced on July 27, 2015, in Albany, Georgia, for their roles in a tax refund fraud conspiracy.

Between January 2011 and February 2013, the four filed more than 1,100 fraudulent tax returns, most of them submitted electronically from two Internet addresses registered to Patrice Taylor, both located at their home.

In addition, Patrice Taylor filed in January 2012, a federal income tax return for herself seeking a refund of $6,776. She got that refund amount, according to the IRS, by claiming a dependent she was not authorized by law to include on her 1040.

6. 15 Georgia residents sentenced in stolen identity, tax fraud scheme: This collection of individuals was sentenced on charges stemming from their involvement in a large-scale identity theft and tax fraud scheme in the Peach State.

The last person sentenced was Stacy Williams on June 23, 2015, in Statesboro, Georgia. She received a 94-month prison term, three years of supervised probation and ordered to pay restitution in the amount of $84,940.

7. Alabama woman sentenced for leading $4 million ID theft fraud ring: Tamaica Hoskins, of Phoenix City, Alabama, was sentenced on June 25, 2015, in Montgomery to 145 months in prison, three years of supervised release and ordered to forfeit almost $1.1 million in proceeds from the SIRF scheme she led.

Between September 2011 and June 2014, Hoskins and her co-conspirators used stolen identities to file more than 1,000 false federal income tax returns that fraudulently claimed more than $4 million in tax refunds.

In connection with the main scheme and its offshoots, co-conspirators Roberta Pyatt and Lashelia Alexander also received jail time. Alexander was sentenced to six months in prison and five years of probation and ordered to pay restitution of $110,804 to the IRS. Pyatt received three years of probation and was ordered to pay $88,155 in restitution.

8. Tampa woman sentenced for stolen ID refund fraud: On Sept. 29, 2015, Tiffani Pye Williams was sentenced to 123 months in prison and ordered to pay more than $1.5 million in restitution to the United States Treasury for theft of government property and aggravated identity theft.

From 2010 to 2014, the Tampa, Florida, woman used various aliases as part of a scheme to defraud the IRS. Investigators determined that Williams and others filed more than 1,000 fraudulent tax returns using the stolen identities of approximately 991 individuals, many of whom were deceased at the time of filing. The false returns claimed more than $5.3 million in refunds, of which Williams received approximately $1.5 million.

9. Final defendants sentenced in Texas for SIRF scheme: Jason Maclaskey and Omar Butt were sentenced on July 27, 2015, in Houston, Texas, to 120 months and 40 months, respectively, for their roles in a scheme to steal identities and file fraudulent federal tax returns. The court also ordered them to pay $314,868 in restitution.

A third defendant, Heather Dale of Alabama, was previously sentenced to 24 months in prison.

The trio unlawfully obtained the names, dates of birth and Social Security numbers from 371 taxpayers and used this information to file false tax returns in 2009, establish fake bank accounts and direct the tax refunds to be sent to debit cards in the taxpayers' names.

Through this conspiracy, the defendants claimed a total of more than $1.4 million in false tax refunds. They succeeded in withdrawing more than $300,000 before the scheme was uncovered.

10. Florida brothers sentenced for identity theft scheme: The Beaucejour brothers, Densom and Winzord, were each sentenced to 70 months in prison, three years of supervised release and ordered to pay $553,204 in restitution on July 31, 2015.

The Miami siblings were caught after a police officer reported being a victim of identity theft in which a fraudulent unemployment insurance claim was filed. In executing a search warrant at the defendants' residence, officials found documents with the personal identifying information of more than 1,000 individuals.

IRS CI efforts continuing: These 10 identity theft and refund fraud sentencings from FY2015 are part of the IRS' Criminal Investigation unit's stellar conviction rate, which at 93.2 percent is one of the highest in all of federal law enforcement.

And while Uncle Sam is rightfully proud of its legal victories against tax identity thieves, it is an ongoing fight. It's also one in which law enforcement offices nationwide are working alongside the IRS.

The Law Enforcement Assistance Program provides for the disclosure of federal tax return information associated with the accounts of known and suspected victims of identity theft with the express written consent of those victims. The IRS says that more than 1,100 state and local law enforcement agencies from 48 states are participating. For FY 2015, more than 6,700 requests were received from state and local law enforcement agencies.

In addition, the Identity Theft Clearinghouse (ITC) continues to develop and refer identity theft refund fraud schemes to IRS Criminal Investigation Field Offices for investigation. Since its inception in FY 2012, ITC has received over 10,750 individual identity theft leads. These leads involved approximately 1.72 million returns with over $11.4 billion in refunds claimed.

And IRS CI continues to be the lead agency that investigates identity theft and is actively involved in more than 70 multi-regional task forces or working groups including state/local and federal law enforcement agencies solely focusing on identity theft.

You can read more about what the IRS is doing to combat identity theft before it reaches the courtroom stage at IRS.gov/identitytheft.

Protect yourself today with the BEST identity theft protection and restoration services! www.themembership.info