How long are you willing to wait for your tax refund?

That was clear in the recent Bankrate Money Pulse poll that found 72 percent of taxpayers would be willing to wait longer for their refunds if the delay would help the Internal Revenue Service fight identity thieves. 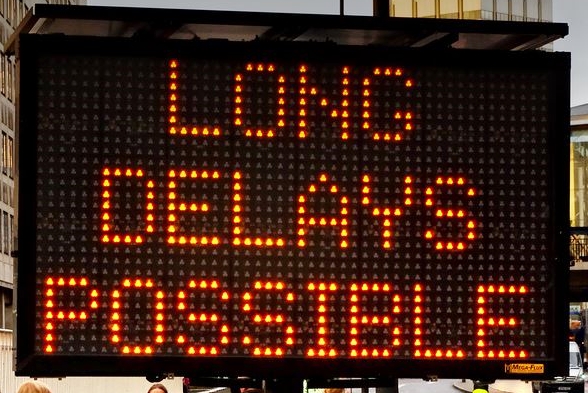 The acceptable refund wait times ranged from one week to more than two months. And before you jump to the conclusion that folks were just giving lip service to the question by opting for the minimum delay, hold off on that leap.

A surprising 22 percent told Princeton Survey Research Associates International, the firm that conducted the telephone poll in mid-February, they would wait one to two months for their refunds if it would help reduce ID theft and fraudulent refunds.

Despite that old saying about journalists being bad with math, even I can see that's a sizable 39 percent of folks willing to wait many, many weeks for their federal tax refunds.

Only 20 percent combined said they would put up with a delay of less than a week (5 percent) or don't want any further postponement in delivery of their refunds (15 percent).

Fraudsters take advantage of info gap: So exactly how would letting the IRS take more time to process returns help slow tax identity theft and refund fraud? It would give the agency more time to double check forms.

Basically, the IRS for the most part takes tax return filers at their word, accepting entries on the 1040s before the agency has any backing documentation.

That process gives early-filing tax crooks, using portions of other taxpayers' personal info, the chance to enter bogus info on returns without worry of getting immediately caught.

The IRS has long said that if it had more time to process all returns and check entries against corroborating documents, it could cut down on the fake refund claims filed by identity thieves.

Statutory delay starts in 2017: The IRS will get more of a chance to do that next filing season.

Thanks to a provision in the budget law enacted last December, starting in 2017 employers must get W-2 and 1099 form copies to the IRS at the end of January, the same time that they send these docs to workers.

Plus, the IRS will be prohibited from issuing any refunds before Feb. 15, 2017. That will give IRS agents extra time to match those verification forms to individual filings.

I haven't heard directly from the folks at IRS HQ yet, but I suspect the agency is thrilled with the professed patience of the Bankrate poll respondents when it comes to their tax refunds.

You're welcome, Commissioner Koskinen and crew!

My taxes were filed electronically on May 15, 2016 and I still have not received my refund. Should I be concerned, should I call the IRS?