Home Table of Contents Tax Tips Credits Deductions Refunds State Taxes Politics/Laws Tax Terms Archives
Doing the weird and wacky tax deduction dance
Instead of going out on a shaky tax-break limb, turn instead to legal March tax moves
Wild and weird this week: the GOP debate in Detroit and tax tips that include outrageous deductions

The calendar says it's Thursday, March 3, but unofficially it's Pile on Donald Trump Day.

It began with the Republican Party's 2012 presidential nominee excoriating Trump, calling the New York real estate developer a "fraud" and "phony" whose name-based brand is built on "dishonesty." 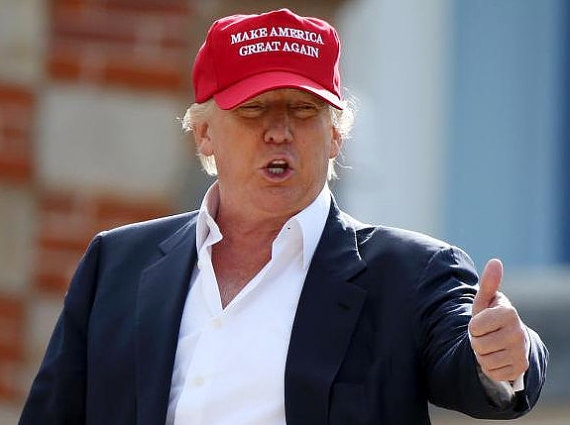 "He's playing the members of the American public for suckers,” Mitt Romney said of Trump in 17-minute speech delivered at the Hinckley Institute of Politics at the University of Utah in Salt Lake City. "He gets a free ride to the White House and all we get is a lousy hat."

Questions continue about Trump's taxes: Romney's remarks focused on Trump's unsuccessful business ventures. But he also alluded to Trump's decision to not yet release his tax returns.

Mark Everson, who served as IRS Commissioner during the George W. Bush Administration and briefly sought the 2016 GOP presidential nomination, repeated the tax privacy rules. While the IRS cannot make public any taxpayer's records, Everson said nothing precludes Trump from sharing his taxes on his own.

"Trump either stands by his returns, which he previously promised to release, or he doesn't," Everson told NBC News.

In Trump's response to Romney at a rally in Portland, Maine, the GOP front-runner reiterated that he would release his federal filings as soon as the IRS wraps up its audit, adding that "very little do you learn from taxes."

The items that Johnston says in a National Memo article that we could learn from Trump's taxes include:

How much income tax, if any, Trump has paid over the years, thanks to a special rule enacted by Congress two decades ago that lets full-time real estate professionals live tax-free.

How much NBC paid him for "The Apprentice," which would establish whether Trump’s $65 million-per-year claim or NBC's dismissal of that claim as "grossly inaccurate" is truthful.

How much, or little, Trump actually gives to charity, a significant issue in light of his claims to be an "ardent philanthropist," even though his last modest gift to his eponymous foundation was in 2006.

How much Trump relies on tax-deductible interest to leverage his assets and, thus, how vulnerable he is to pressure from bankers if, as in 1990, he cannot pay his debts as they come due.

Whether Trump is trying to leverage the IRS to quickly close its current audit, applying the same tactic to limit law enforcement investigations into his conduct that he has wielded ever since he sought his Atlantic City casino license.

How much of Trump's lavish lifestyle, which includes being surrounded by bodyguards and flying a Boeing 757 jet, is deducted as business expenses rather than treated as personal after-tax spending.

The degree to which Trump avoids income taxes by borrowing against his assets to finance his lifestyle, a common tactic among those with wealth that grows faster than their spending.

Accurate tax snapshot even if audited: Everson says that taxpayers often provide tax returns to companies even during an audit, because the original return reflects a taxpayer's factual tax status from the time of the filing.

"The returns themselves are the issue," says Everson. "If they're adjusted through the audit process, fair enough, [but] that doesn't change what he's filed."

And while there's no requirement that a presidential candidate (and his/her vice presidential choice) release tax returns, it has become a campaign tradition.

"It would be a real rupture in our political system" for a candidate to refuse "to honor that transparency," says Everson.

david cay. the most liberal pro tax and taxpayer reporter on the planet. in no way is he fair and balanced. shame on this site for using him as " an expert"