Home Table of Contents Tax Tips Credits Deductions Refunds State Taxes Politics/Laws Tax Terms Archives
Church of Scientology is still tax-exempt
Recent Internet reports to the contrary are fake
How long are you willing to wait for your tax refund?

Nope, that headline date is not wrong.

If you didn't file a federal tax return three years ago for the 2012 tax year and were due a refund, you must file that old paperwork by this year's April filing due date to get your money. 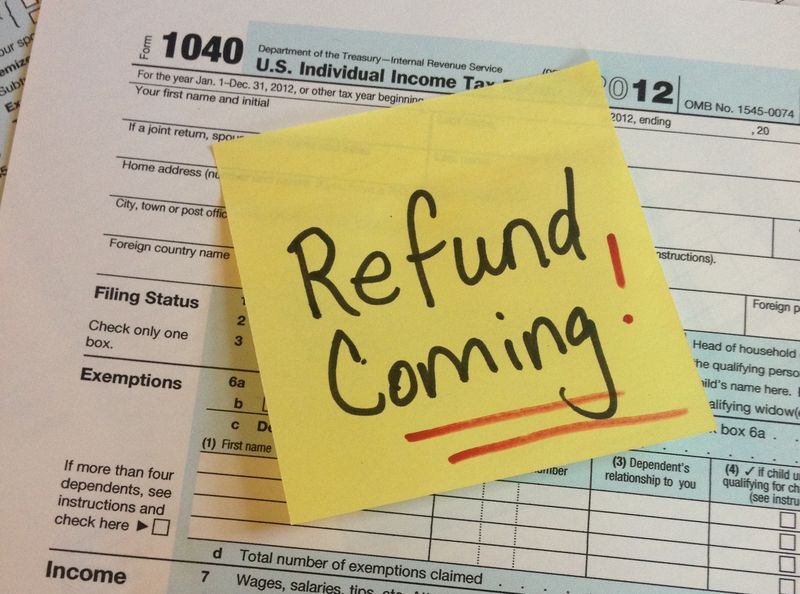 For most of us, that's April 18, but it's a day later in Maine and Massachusetts thanks to Patriots Day celebrations in those two New England States.

If you don't, then Uncle Sam gets to keep your refund. And that could be a sizable amount.

April 2013 was when those tax year 2012 returns were due. More than 1 million folks neglected to file those forms then.

"A surprising number of people across the country overlook claiming tax refunds each year. But the clock is ticking for taxpayers who didn't file a 2012 federal income tax return, leaving nearly $1 billion in refunds unclaimed," said IRS Commissioner John Koskinen.

And don't worry about getting hassled by the IRS. There's no penalty for filing a late return if you're due a refund.

But if you don't file for your refund within three years of the original due date, then you forfeit the money. As in surrender it to Uncle Sam. Forever.

Three-year claim period: That's not just the IRS being, well, the IRS. It's the law.

If no return is filed to claim a refund within three years, the money becomes the property of the U.S. Treasury.

For the unfiled 2012 tax returns, the absolute final deadline is this April. Your 2012 forms must be filled out -- by hand; no e-filing of old returns -- properly addressed, and in the U.S. Postal system in time to be postmarked by April 18 or 19.

Biggest possible checks: The median refund from the 2012 unclaimed money is $718, meaning half of the very late filers will get more than that and the other half less.

That $718 median tax return from the unfiled 2012 returns earns this week's By the Numbers honor.

But several state median amounts are more than that. In fact, residents in a half dozen states could see refunds in 800-dollar range. They include $834 in Alaska, $831 in North Dakota, $804 in New Hampshire, $803 in Connecticut and New Jersey, and $800 in West Virginia.

The smallest 2012 refunds are expected to go to Idaho's late filers. The median refund check there is $607. But that's not too shabby. I know I wouldn't refuse that.

Most negligent, diligent filers: Once again my native Texas comes in at #1 at something. And once again, it's a ranking that we shouldn't be proud to claim.

My Lone Star State neighbors account for unclaimed refunds. The 96,400 Texans who didn't file a return in 2012 are due a total of almost $94 million. That's a median potential refund check of $771.

Texas took over the top of the old, unfiled returns list from California, which in most years has the most nonfilers.

Where do the most conscientious taxpayers live? Three years ago, they were in Vermont, which had only 2,000 people who didn't send in a federal tax return.

You can see where your state stands in the ol' blog's special Web page showing the state-by-state breakout of unclaimed refunds.

EITC refund addition: Your median 2012 refund amount could be boosted if that tax year you were eligible for the Earned Income Tax Credit, or EITC.

This tax credit is available to folks who don't make a lot of money and since it's refundable, meaning you'll get money back with the credit if it's more than what you owe the U.S. Treasury.

"We especially encourage students and others who didn't earn much money to look into this situation because they may still be entitled to a refund," Koskinen said.

Your exact EITC amount is based on your family size and income. For the 2012 tax year, those earnings thresholds were:

You can download current and prior year tax forms and instructions at IRS.gov's Forms and Publications page, or by calling toll-free 800-TAX-FORM (800-829-3676).

Annual issue: Unclaimed tax refunds are common. You can see what the numbers were in prior years in my prior year posts on nonfilers due refunds in:

It's too late for all those folks who didn't file in prior years. But if you're one of the million or so who didn't get a 2012 return to the IRS in 2013, do so by this April.

And if you lived in a state back then with state taxes, chances are that if you overlooked your IRS filing, you also missed sending in your state returns. Check with your state tax department about what you need to do here.

The extra (and old!)  tax-filing effort could be quite rewarding.