Happy New Year! No, I haven't hit a time warp, although that could be cool! But I digress.

Today is the start of the Year of the Monkey. 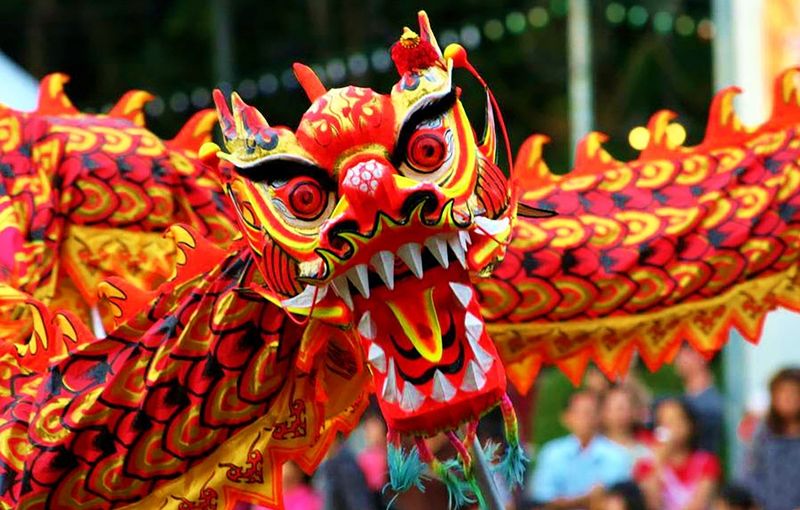 Although 2016 is the Year of the Monkey, Chinese New Year parades still tend to be led by dragons.

The Lunar New Year that began today is the biggest holiday in China. Thanks to the large communities of Chinese heritage throughout the world --- and because folks will jump at any chance to party -- it's a festive time worldwide.

People born in the Year of the Monkey (like me! I'll just let you guess which year is mine) are characterized as witty, curious, playful, smart, clever and intelligent, especially in career and wealth matters. (Blushing a bit.)

Those traits mean it also is a good year to take a chance or start a business. Or, as Chinese astrologists recommend, run with ideas, embrace the inventive and don't look back. 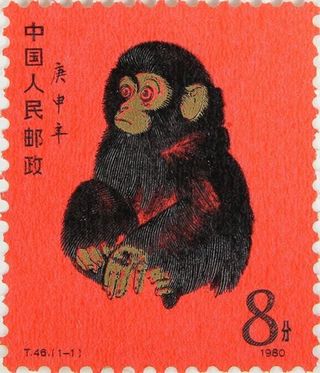 1980 definitely was a good year for collectors who bought a special stamp commemorating that Year of the Monkey. Back then, it sold for 8 yuan, or around 1 U.S. cent.

A story in Antique Trader in 2012 reported that a full sheet of 80 post office-fresh Year of the Monkey stamps purchased in 1980 at a People's Republic of China postal facility sold for $135,600. That comes to $1,695 per stamp.

A quick eBay search today finds various Chinese monkey stamps being offered by collectors from $1,500 to $2,400.

Despite the price fluctuations, all of those value estimates still offer a very nice return on any philatelist's penny investment.

But the applicable capital gains rate is not the commonly referred-to rate of 15 percent for most of us or 20 percent for wealthier investors.

Collectibles are taxed at 28 percent, as long as they are held for more than a year, making them a long-term capital investment.

The reason, note the tax folks at J.K. Lasser, is because the capital gains rate is the maximum rate. It cannot exceed the overall rate paid by a person on taxable income.

Note, however, that if your collectible produces a lot of money upon its sale and you're in one of the lower tax brackets, the item's profit could push you into a higher bracket where the 28 percent capital gains rate would be a break.

Capital gain tax differences: Why the special, higher rate for collectibles? The public policy argument for a different, and less advantageous, tax rate for profit on collectibles is that such sales don't have any broader economic impact.

True, culturally society benefits from preservation of works of art, antiques and other collectibles. But, goes the tax argument, there isn't a larger-scale economic gain on investment in collectibles like we often see from investments that produce innovative techniques, new products and higher productivity.

Defining a collectible item: What exactly is a collectible? The short, and some might say smart-ass, answer is simply that it's an item worth collecting.

Here are some things that for tax purposes (and noted in the instructions to the Internal Revenue Service's instructions for Schedule D, where you report capital gains) are typically considered collectibles:

Figuring your tax: As with all investments, you're taxed on the profit. That's what you sell it for minus its basis.

Basis begins with your acquisition cost, which for collectibles generally include auction and/or broker's fees along with what you paid for the item.

If you inherited the collectible, your basis is the item's fair market value at the time of bequeathing owner's death.

Note, too, that if your collectible item requires special care, for example, added costs to maintain the piece or restore it, those expenses also are part of your basis in the collectible.

What you get when you sell the item, less the accumulated basis, is the amount upon which you'll owe taxes at 28 percent.

That rate, of course, is if you sell it more than a year after buying or inheriting it. As with all capital gains calculations, if you sell a collectible you've owned for a year or less, your profit is taxed at your ordinary income rate.