Super Bowl 50 is here! Place your crazy -- and taxable if they pay off -- prop bets now

But when the hubby and I go to Las Vegas, we go for the shows -- Cirque du Soleil, Penn and Teller, Blue Man Group -- not the betting.

Today, however, is one of my favorite days of the year and it's not because of the Super Bowl itself, but because of the prop bets. (Full disclosure: That will change when the Cowboys finally get back to the championship game.)

Beyoncé's appearance in today's Super Bowl 50 halftime show is the subject of one of this year's many prop bets.
Click screenshot image to watch her new Formation video on YouTube.

These goofy bets on things that often are only tangentially (or not at all) related to the contest between the Denver Broncos and Carolina Panthers are part of what make Super Bowl Sunder the biggest betting day of the year. 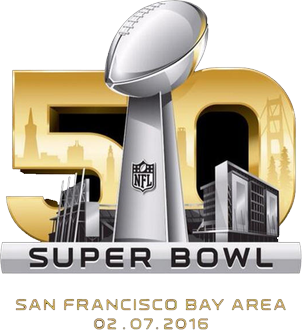 Prop bets origin, growth: The first official prop bet was in Super XX on whether Chicago Bears defensive lineman William "Refrigerator" Perry would score a touchdown in the championship game. He did.

And while on-field prop bets don't change much from year-to-year, aside from the occasional player addition, the entertainment prop bets tend to get crazy.

The color of the Gatorade dumped on the winning head coach is a standard. So is the length of time it will take for the National Anthem, sung this year by Lady Gaga, to be performed.

Relatives of players are always good for prop bet or two. This year, there are wagers on how many times Broncos' QB Peyton Manning's dad, former NFL star QB himself Archie Manning, will be shown on TV. The over/under is 1.5.

With 2016 also being a presidential election year, politics also are in mix. One prop bet is whether Donald Trump, Hillary Clinton or Bernie Sanders be mentioned during the broadcast? I certainly hope not! Please, give us some refuge from campaigning on this day.

The halftime show also produces a variety of prop bets. After last year's notable performance of the Left Shark behind Katy Perry, many are wondering and wagering on whether he will make a guest appearance during the Super Bowl 50 halftime show.

But this year's big entertainment issue is what color shoes will Queen Bey be wearing when she upstages joins Coldplay on the Levi's Stadium halftime stage. The favorite as I type is black.

And since the game's in the San Francisco area, where an earthquake hit during Game 3 of the 1989 World Series, there's also some action on whether a temblor will strike during today's game.

You can check out online betting site Bovada for the full list of on- and off-field bets, along with the updated odds.

Taxes and betting: And if you want to get in on the action, no judging here. Just a couple of reminders.

First, don't bet more than you can afford to lose, because most folks do lose.

Second, if you do happen to win, either on a legal or illegal bet -- and most sporting bets in the United States are illegal -- that money is taxable income.

Yeah, you knew that was coming. This is, after all, a tax blog.

You can read more about gambling and taxes in these previous blog posts:

Enjoy the game. I hope your team wins and that all your bets pay off. So does the Internal Revenue Service!

Last week's tax tips: If you're not a football (or Super Bowl commercials) fan, you can always work on your taxes this afternoon.

The five tax tips posted last week -- and yes, there was a football related one -- can help:

At least take a break or two to enjoy some of the Super Bowl party snacks!