If you're feeling the Bern, you count Bernie Sanders's effective tie with Hillary Clinton in last night's Iowa caucuses as a win. 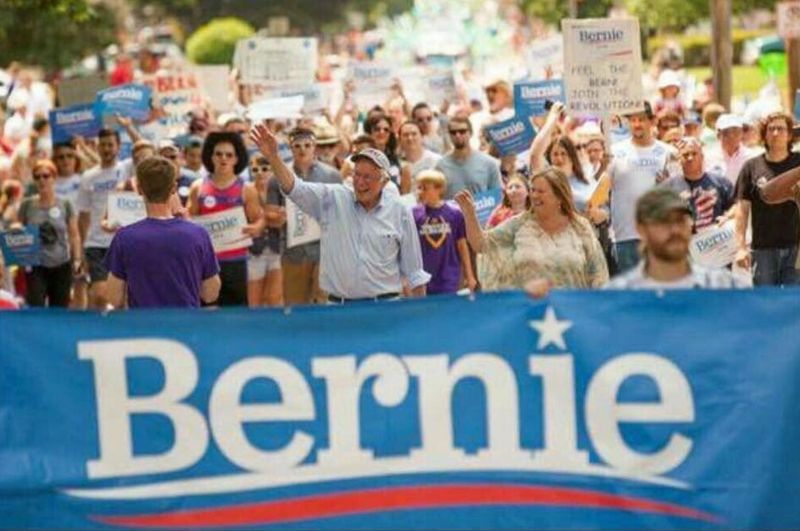 However, Sanders is a loser on Capitol Hill when it comes to his tax plan. The party's leadership in Washington, D.C., has made it clear that it won't run on any platform that supports raising taxes on middle-class voters.

Wealthy are the traditional tax target: Democrats have long argued for higher taxes, but the target has always been the wealthy. In recent years, that has been the $250,000 earnings mark for families.

Higher taxes for the rich was a key Obama Administration plank, which the president won with the fiscal cliff bill passed early on Jan. 1, 2013. That bill made permanent (as far as tax legislation goes) the 39.6 percent top individual ordinary income tax rate.

Obama also was able to get the net investment income tax, or NIIT, a 3.8 percent surtax on the investment income of richer Americans, included in the Affordable Care Act, aka ACA or health care reform or Obamacare depending on your political position.

This 3.8 percent tax essentially applies to wealthier filers, that is, those with incomes, not indexed for inflation, above the following threshold amounts:

Bernie's tax hikes: So what's the problem with Bernie's tax plan? True to his pledge to ease income inequality, he's calling for tax rates, income and payroll, that are higher than those currently in place for all, with the promise of using the money for more programs (Medicare for all, free college tuition).

Sander's ordinary income tax rates, which now range from 10 percent to 39.6 percent, would go from 12.2 percent to 54.2 percent on those with income of $10 million or more. 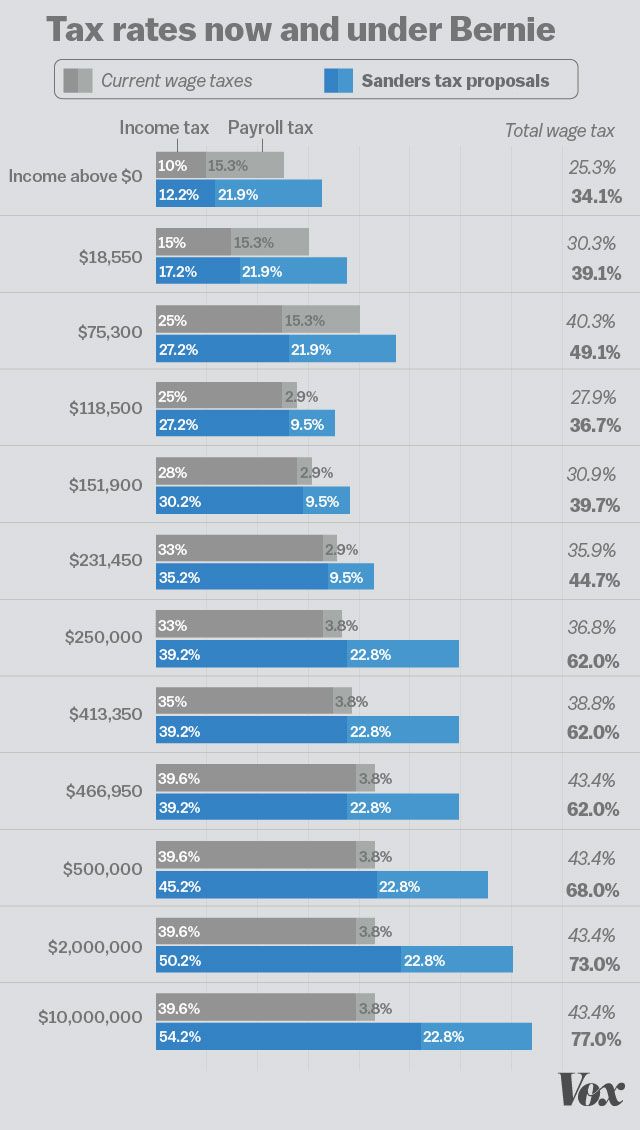 Sanders also wants to repeal Obamacare -- and that's whole 'nother political can of worms and blog post -- and replace it with universal, single-payer health care (the Medicare for all mentioned earlier). To do that, Vermont's Socialist senator also would hike taxes on the middle class.

"We will raise taxes, yes we will," Sanders said in response to a question about the breadth of his health care plan during a town hall in Des Moines just before the Iowa caucuses.

But, argues Sanders, those tax increases would be offset by the savings from not paying premiums for his revamped health care coverage.

Still, coming flat-out and saying you support tax increases in a presidential campaign generally is considered a kiss of death at the polls. Still, that didn't hurt Bernie too much in Iowa, and he holds a lead over Clinton heading into the Feb. 9 New Hampshire primary.

But things could be tougher tax-wise once the campaign moves out of Sanders' geographic and political backyard.

Push-back from Dems in D.C.: And House Minority Leader Nancy Pelosi has made it clear that Sanders' plan to hike taxes on anyone other than the rich is a no-go.

"We're not running on any platform of raising taxes," Pelosi (D-Calif.) said during a press briefing in late January at the launch the Democrats' yearly issues conference in Baltimore, Md. "We do want to have a fairer tax system, and … we hope that we can do that this year."

As for dramatic changes to the ACA that Sanders proposes, that's a problem within the Democratic Party, too, which passed the law back in 2010 without a single Republican vote.

"We have a very realistic [health care] plan that's out there," said Pelosi, who was part of the Obamacare fight. "Can it be improved upon? Everything can. But it's no use having a conversation about something that's not going to happen. Right now we're proud of what we have and want to build upon that."

It looks like that in addition to convincing rank-and-file voters, Sanders also has some persuading to do within the party that's he's hoping to keep in the White House.

You know this is fake right? Some BernieBro made this up - the real tax plans have increases for EVERYBODY

The REAL Tax Plan can be found by Googling it, or visiting here:

As noted in the post: "We're not running on any platform of raising taxes," Pelosi (D-Calif.) said during a press briefing in late January at the launch the Democrats' yearly issues conference in Baltimore, Md. "We do want to have a fairer tax system, and … we hope that we can do that this year." Bernie's plan raises taxes for everone, not just the rich, which is what propted Pelosi's comment. There's a link in that graf, too, to The Hill story from which the quote was excerpted; the story is headlined: "Pelosi distances Democrats from Sanders's plan to raise taxes"