Obama's final budget is full of big, but unlikely to be fulfilled, tax and spending ideas 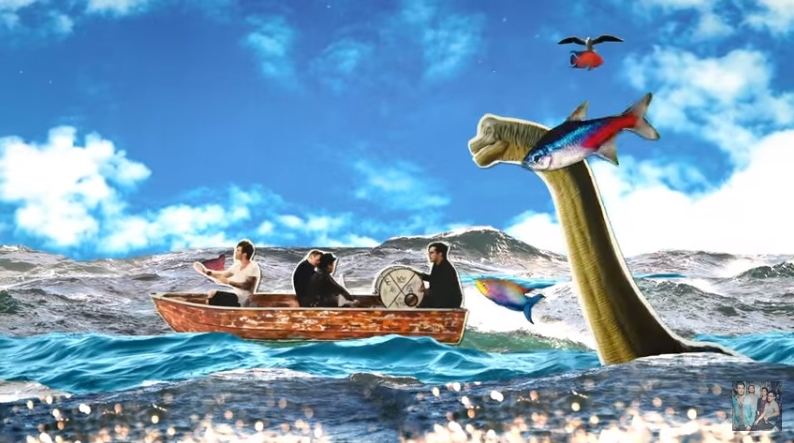 Even when Congress and Commander in Chief get along, getting everything in an administration's annual budget is tough. When things are outright hostile like now -- in an unprecedented move, both the House and Senate budget committees, headed by Republicans, announced they won't hold hearings on Obama's proposal -- the chances of a lame-duck president getting what he wants fiscally is nil.

OK, maybe a few of Obama's record $4.1 trillion in spending measures for fiscal year 2017 could make it into law.

More talk than action: But, for the most part, the final Obama federal budget is more aspirational than is usual for all presidents.

That's not a big surprise. It is his final fiscal wish list. Some have termed it his bucket (or other rhyming word) budget.

As Obama's first budget director Peter Orszag told Politico, "If the document is legislatively irrelevant, you might as well use it to expand the policy dialogue and lay out sensible proposals even if they will not become law this year or next." The budget proposal, Orszag said, at least "lays the groundwork for Democrats to refine and embrace a more ambitious legislative agenda over time."

What exactly is in this framework for the future budget? So that you don't have to thumb through (unless you want to) the 272 page document, known as the Greenbook even though its cover is blue this year, here are some of the things  Obama wants to accomplish before he moves out of 1600 Pennsylvania Avenue.

Increase the child care tax credit.  Obama's last budget would triple the maximum Child and Dependent Care Tax Credit for families with children under age five and make the full credit available to families with incomes of up to $120,000. This, says the prez, would help families with young children, older children and dependents who are elderly or have disabilities.

Obama has pitched this idea in prior budgets, but didn't make it into law. Since it is an election year and it's all about the children, it has a slim chance of approval this time.

Simplify and expand education tax benefits. Obama got one of his legislative wishes in the Protecting Americans from Tax Hikes, or PATH, Act that he signed into law on Dec. 18, 2015. In that bill, his hallmark education tax break, the American Opportunity Tax Credit, or AOTC, was made a permanent part of the tax code. But he just can't let it go.

Now he wants to streamline and expands education tax benefits by consolidating the Lifetime Learning Credit into an expanded AOTC. The new credit would be available for five years and refundable up to $1,500.

The budget also asks that Pell Grants be exempt from taxation and the AOTC calculation; the tax on student loan debt forgiveness be eliminate; and the complicated student loan interest deduction for new borrowers be repealed.

In 2017, notes the budget, a single worker without children who earns $12,000 (a wage close to the poverty line) would be estimated to be in the phase-out range and eligible for a credit of about $233 and would receive a refund of about $83 after subtracting his or her Federal income tax (and would pay nearly $920 in Federal payroll taxes). A single individual working full-time at minimum wage would receive about $41 of EITC and face income tax liability of about $359 after subtracting his or her EITC.

A larger EITC for workers without children would promote employment and reduce poverty for this group of workers, argues the White House. And making the EITC more valuable for single, child-free folk has some bipartisan support. Could the cross-party love be because there are a lot of potential millennial voters out there with low-paying jobs and no family to support?

Reinstate the tax break for two-earner couples. A tax break for dual working married couples is an old idea. It was what prompted the hubby and me to push our wedding into a new tax year back in the '80s. It was dropped in the 1986 tax code rewrite.

Now Obama wants to bring it back as the Second Earner Tax Credit.

The White House says that in 2017 around 60 percent of married-couple families between the ages of 25 and 64 will include two earners. By taxing the lower earner's income based on the couple's joint earnings, that spouse can face higher marginal tax rates under the progressive tax system, possibly discouraging working. A tax credit equal to a percentage of the lower earner's earned income up to $10,000 would provide tax relief for such couples and promote employment among second earners

Expand business' tax benefits for research. The Research and Experimentation Tax Credit (also often referred to as research and development, or R&D) is an important federal incentive for private-sector research investments. This is one area where Republicans and Democrats tend to agree.

In December 2015, the combined extenders/omnibus fiscal 2016 spending bill became law, making this business tax credit permanent and expanding the incentive for small business R&D. Obama wants to build on that, calling for simplification and expansion of the tax credit for companies investing in innovation.

Provide bigger benefits for clean energy. Obama continues to burnish his already notable environmental credentials (his administration already has made the largest investments in clean energy in U.S. history) with his final budget's green proposals.

The fiscal 2017 budget calls for $7.7 billion government-wide (a 20 percent increase over 2016) for clean energy research and development across 12 agencies. It also seeks more than $1.3 billion to accelerate the adoption of clean energy sources such as solar, wind, and low-carbon fossil fuels, and energy-efficiency technologies.

Tax an old energy source for new transportation projects. The budget lays out what the Administration is calling an integrated, interdependent transportation system that makes "significant investments across all modes of transportation." To help pay for this, Obama wants a new $10 per barrel fee on oil paid by oil companies, which would be gradually phased in over five years.

In addition to paying for infrastructure upgrades, the White House says the fuel excise tax would help provide for the long-term solvency of the Highway Trust Fund and ensure maintenance of our current roads and bridges. The tax also would, according to the White House, create "a clear incentive for private sector innovation to reduce our reliance on oil and at the same time invests in clean energy technologies that will power our future."

The current gasoline excise tax hasn't been hiked since 1993, so it's not unreasonable to at least consider such an oil fee. And because the price of oil is low, any passing along of the tax to consumers wouldn't hurt that much. But we Americans (at least the older segment of the country) still love our cars and we especially love gasoline prices now less than $2 a gallon, so expect this proposal to be quickly parked.

Orszag is right. Most of these proposals will not make it into law in the near future.

But they will be debated, not in a Capitol Hill hearing room but on the presidential campaign trail.

And that's precisely what this White House wants. 44's budget is an effort to help keep his legacy alive in a Democratic 45's new administration.