Lesson from IRS hardware failure: Be prepared for the unexpected during tax filing season

Technology is great. Until it isn't.

That's what the Internal Revenue Service learned yesterday afternoon, when what the agency describes as a hardware failure led to the shutdown of several parts of its tax processing systems. 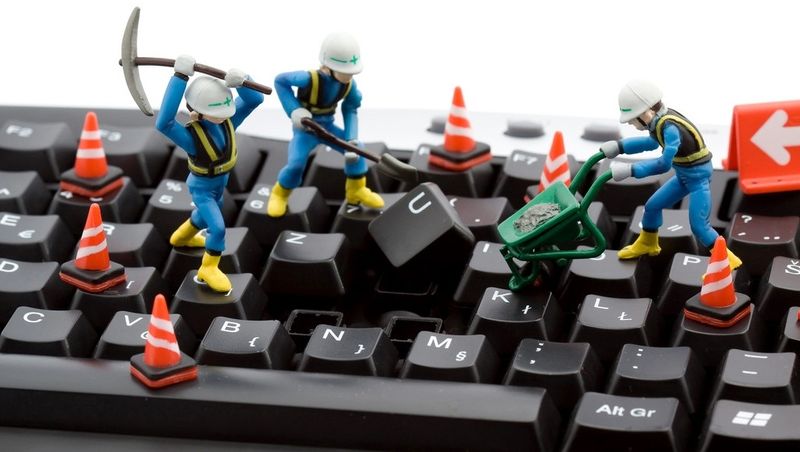 The big blow was to the IRS modernized e-file system. Insert your own joke here about the IRS and modern.

The good news was that it happened during the afternoon of Feb. 3, not on April 18.

The better news is that some of the affected areas, like Where's My Refund?, now appear to be working.

The best news is that while a number of taxpayer and tax practitioner tools were (and still might be) unavailable, you can go ahead and prepare and file your returns as usual.

UPDATE: The IRS said in an announcement this afternoon that it resumed processing individual and business tax returns at approximately 5 p.m. Several other tools and applications came back online earlier in the day. The IRS says its investigation into the underlying cause of the outage continues, but so far it appears that the issue is simply a hardware failure. In other words, there's no evidence that IRS computers were hacked.

Negligible effect on taxpayers: If you're e-filing, the transmitters will hold your return until they get the good-to-go-again signal from the IRS and then will send it. If you've already filed, you don't have to do anything.

Will this slow down refunds? Probably a bit.

But the IRS says it doesn't expect there will be any major refund disruptions. "We continue to expect that 9 out of 10 taxpayers will receive their refunds within 21 days," the agency said in a statement announcing the hardware trouble.

The IRS isn't revealing details of exactly what happened, but for the most part, it appears to be a short-term under the hood issue that won't affect most of us taxpayers.

I know, I know. I'm a confessed late-filer, many years getting an extension and not submitting my taxes until early (OK mid-) October. Tax geek heal thyself, or something along those lines.

But in my defense, I do a rough draft of my filing much earlier than that. I have to have a good idea by the April due date of where the hubby and I stand as far as what we owe so I can send that amount along with our Form 4868 extension to file request.

It also gives me an idea of what tax statements I might be missing, as well as how much I can put into my self-employment retirement account by the October final filing deadline.

I recommend all y'all do the same and at least look at your 2015 taxes now instead of early April. That way when you do sit down to do your taxes, you won't be surprised, either by what information you need that's missing or what you might owe.

And if you find you'll be getting a refund, well that's incentive to jump right on that filing ASAP.

Plus, if, like the IRS, your computer experiences hardware or software problems while you're filing, it's better that the disaster happen while you have plenty of time before the deadline to correct it and sort out your tax situation.