Today's federal holiday officially is Washington's Birthday. The Father of Our Country was born on Feb. 22, 1732, and his day used to be celebrated on that actual date.

But starting in 1971, the Uniform Monday Holiday Act shifted the commemoration of George Washington's birth to the third Monday in February. Soon thereafter, it became known popularly as Presidents Day, primarily because Abraham Lincoln's birthday was Feb. 12 -- and, say cynics, retailers are always looking for a hook on which to hang a sale sign. 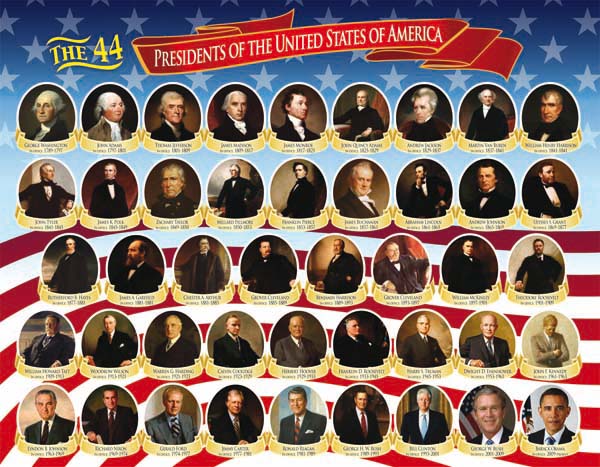 Joining George and Abe in celebrating birthdays this month were William Henry Harrison on Feb. 9 and Ronald Reagan on Feb. 6. But unofficially and noncommercially, Presidents Day acknowledges the contributions of all of the United States' chief executives, regardless of when they blew or still blow out their annual cake's candles.

Kennedy's historic tax office stop: Every administration has its tax issues, either raising or lowering rates, instituting new levies or eliminating some taxes and/or loopholes. And taxes are always at the forefront in presidential elections.

But the first president to ever visit the Internal Revenue Service was John F. Kennedy.

JFK made his historic visit on May 1, 1961, as a way to draw attention to the Special Message on Taxation that he had delivered to Congress just days earlier.

Kennedy's message on April 20, just days after most of the country's taxpayers had filed their returns, stressed the importance of taxation to American society. He also pledged to simplify the tax code.

Mortimer Caplin, then IRS commission, welcomed Kennedy to Uncle Sam's tax collection headquarters. The video below begins with an excerpt from Kennedy's tax message, then moves to footage of the president's IRS visit, including JFK's remarks to select IRS employees.

IRS issues in 1961: I'll let you view it at your leisure; it's only around 7 minutes. But here are some highlights from Kennedy's remarks to the audience of IRS executives.

And yes, it was the Mad Men era, so it's all guys who got to be part of the presidential session.

"I came over here this morning to express my great interest in the work you are doing. I don't know any other society which attempts what this country attempts to do, which requires really the goodwill and support of the citizens of the United States," he said. "You are the point of contact with them … and therefore the kind of spirit which you're able to inculcate into your people has a good deal to do with the success or failure of this great national effort."

At the time of Kennedy's address 55 years ago, he noted that of the nation's $500 billion in income, nearly $90 billion was collected by the federal government, with "other billions" going to city and state tax collectors.

And just where did that money go back in the early 1960s? To many of the same places it goes today.

The 35th president noted that more than half of the tax money was designated for national defense, with "a good deal of the rest" directed to other programs of "great importance of national security."

Remember, the Kennedy Administration was actively sparring with the Soviet Union, thankfully only verbally. But my elementary school classmates and I in West Texas, as well as across the United States, were regularly participating back then in duck-and-cover drills as a way to protect ourselves from potential nuclear fallout.

Ah, the joys of nuclear naiveté. But I digress.

Tax collections keep growing: The $90 billion in taxes that Kennedy cited pale in comparison to the approximately $3.25 trillion in revenue the federal government brought in in fiscal 2015. But while the tax dollars have increased, the attitudes toward them remain the same.

The amount of tax collected back then, Kennedy told the IRS, "is a tremendous burden to place upon any society and yet the American people have been willing to assume it."

Therefore, added Kennedy, it was the national government's responsibility to "make sure that every dollar that is collected by the Internal Revenue Service, that is paid for by our people, is spent wisely for a useful national purpose, for a purpose that advances our national interest."

The president also commended those at IRS headquarters "for the efforts that you are making to improve our service, to make it easier for people to understand exactly what their responsibility is. I hope that you will impress upon the agents of the Internal Revenue Service how much we are dependent on them, on their courtesy, on their efficiency, on their integrity, on their fairness."

As for his administration and lawmakers on Capitol Hill, Kennedy said, "I hope that here in Washington, we will continue to work so that the burdens of the tax system become as fairly distributed as possible, so that they are distributed in a way which stimulates our economy and stimulates our growth to the [greatest] extent that is possible."

Support for the IRS, then and now: Kennedy also told the IRS assembly, "I want you to understand that we are strongly behind you, we expect the best from you and I assure that we will do the best we can here."

Sound familiar? OK, maybe just some of it.

Kennedy was right that our tax system did and still depends on the IRS doing the best -- and most courteous, efficient and fairest --  job possible to ensure that taxpayers have faith in the system and continue to voluntary report their income accurately and pay their appropriate tax bills.

The IRS has work to do here. The agency has made a lot of mistakes lately (Tea Party tax-exempt scandal, silly training videos) and the 2015 tax filing season was one of the most disastrous ever when it came to taxpayer service.

Agency opponents continue to focus on the missteps, rather than the IRS' efforts to correct them, especially in this election year.

As for that part about Capitol Hill supporting the agency, well …. The IRS continues to be many lawmakers' favorite federal office to hate. Some even want to impeach current IRS Commissioner John Koskinen.

It likely will be a long time before we get back to any sort of good working relationship between Congress and the IRS. Unfortunately, such an adversarial approach is likely to hurt taxpayers as much, if not more, than the agency itself.