There are very few times when folks are on the Internal Revenue Service's side, but this might just be one of them. 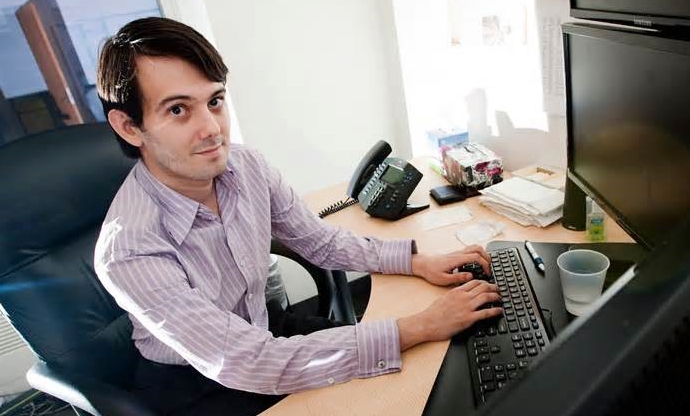 Shkreli's attorney, however, told the New York Post's Page Six gossip column that Shkreli, “through his lawyers and accountants, has been negotiating a payment plan with the IRS and New York State authorities that has been accepted by them. He is not a delinquent taxpayer.”

But he is a convicted financial criminal. On Aug 4, 2017, after five days of deliberations, federal court jurors convicted him on three counts of securities and wire fraud related to two hedge funds he ran. Shkreli now faces up to 20 years in prison on each of the first two counts, and up to five years on the final count.

Shkreli became a global villain last year when he jacked up the U.S. market price of Daraprim from $13.50 per pill to $750 per pill overnight, a 5,556 percent increase. The anti-parasitic drug is used in AIDS treatment and at was produced by Turing Pharmaceuticals, which Shkreli founded and served as chief executive.

The lien was prepared on Dec. 18, 2015 and filed with the New York Office of the City Register on Jan. 11, according to Gawker.com, which broke the news last week.

More bad money news: The IRS action is the latest financial blow to the 32-year-old Shkreli,

Last week it was revealed that Shkreli's E-Trade account value had plunged in just the last month from $46 million to now only $4 million.

CNBC reports that the dramatic drop was due to the stock price plunge of KaloBios Pharmaceuticals, where he once served as CEO. That company's stock made up most of his brokerage account, but its value tanked after Shkreli was arrested for federal securities fraud on Dec. 17, 2015, and subsequently was booted from his executive position within the company.

The news of Shkreli's reduced wealth came out in during a hearing in that case in Brooklyn federal court. His brokerage account was used to secure his $5 million release bond and its reduced value could endanger his bail.

Angering House members: Shkreli also made headlines when he appeared before a Congressional hearing Feb. 4 on drug pricing but refused to answer any questions from members of the panel.

Instead, the so-called pharma bro repeatedly read from a written statement citing his Fifth Amendment right not to incriminate himself.

But what really infuriated the House Committee on Oversight and Government Reform members was that Shkreli smirked his silent way through the hearing.

He eventually was asked to leave.

The IRS, however, will be very happy to have him come in and talk about the money it says he owes Uncle Sam.