You're going to watch tonight's Republican presidential candidates' debate from Des Moines, right? At least long enough to see if The Donald makes a surprise, showy entrance despite his pledge to hold a competing event. (And to play debate drinking games.) 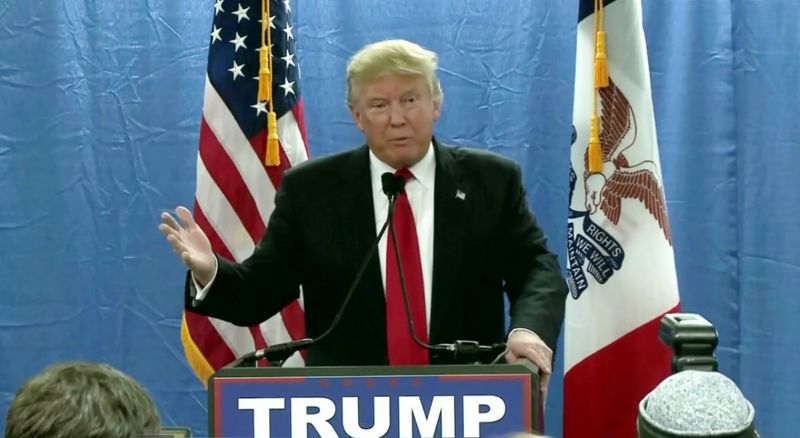 Click image to see NJ.com video on Trump's decision and its possible ramifications on the Iowa caucuses.

Even without the GOP White House wannabe front-runner on stage, Donald Trump will likely dominate the night, which begins at 9 p.m. Eastern/8 p.m. Central on Fox News.

You can bet the other candidates will bash Trump, both for bowing out, as well as his policies, such as they are.

Main, undercard debates: And just who are those who'll be piling on Trump tonight?

In the undercard debate scheduled for 7 p.m. ET/6 p.m. CT, the participants will be businesswoman Carly Fiorina; former governors Mike Huckabee of Arkansas and Jim Gilmore of Virginia; and former U.S. Sen. Rick Santorum of Pennsylvania.

IRS involvement in the debates: While the pre-debate debate about who wins and loses if Trump doesn't show up continues, one of the winners could be the Internal Revenue Service.

If the candidates decide to focus on Trump, that will provide less time for them to bash the IRS.

That would be a relief to the federal tax collection agency, which has been a popular target of most of the GOP presidential nominee candidates.

In the South Carolina debate a couple of weeks ago, Cruz and Rubio exchanged words over the agency. Cruz slammed Rubio for wanting to keep the complex tax code; Rubio pointed out that Cruz's tax proposal wouldn't actually be able to eliminate the IRS.

IRS an easy political target: The Hill newspaper has compiled some of the candidates' attacks on the IRS.

"The IRS is one of the less popular parts of government," notes Princeton University professor Julian Zelizer. And it provides GOP politicians with a two-fer.

Republicans like to attack the IRS because they like to criticize income taxes as well as government and bureaucracy, Zelizer told the Capitol Hill newspaper. Abolishing the tax agency, he says, provides a rallying cry for the GOP.

Hmmm. Maybe the IRS should hope The Donald changes his mind and shows up tonight.

At some point, the candidates are going to have to quit giving the billionaire free in abstentia air time.

And that means with one less candidate on stage, there will be more time for the Des Moines debaters to trash the IRS.