The buzz about the biggest U.S. lottery ever continues, as we wait for the rest of the Powerball winners to come forward.

So far, just Jim and Lisa Robinson, the Tennessee ticket buyers, have claimed their portion of the $1.5 billion prize. Many lottery veterans and financial experts have questioned the couple's public acceptance of their millions (they're taking the lump sum payment), but what's done is done. 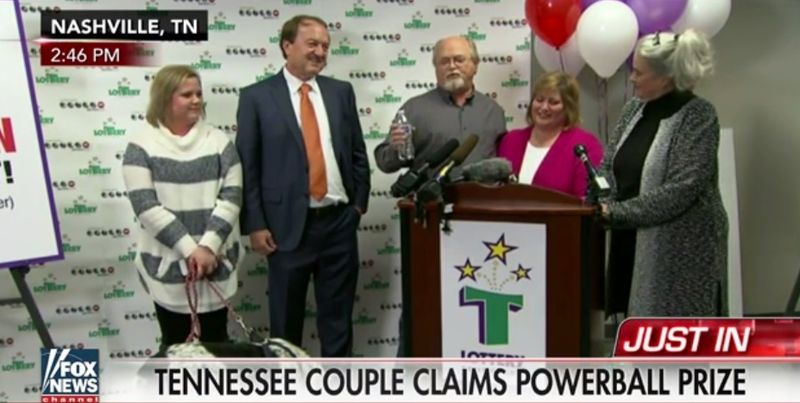 Jim and Lisa Robinson (she's in the fuchsia jacket, with her husband to the left of her in this screenshot), America's newest lottery millionaires, talk about their good luck. Click image to watch the full Fox News video.

As we wait for the California and Florida winners to reveal themselves -- and sort through the many lottery-inspired hoaxes -- there are a few other confirmed winners…and losers.

The stores that sell winning tickets get a prize, too. The amounts are determined by the participating state lottery commissions. California has the biggest reward -- $1 million -- for the ticket seller. The Florida vendor will get $100,000. The seller in Tennessee will get $25,000. 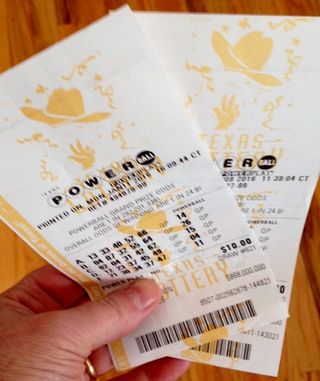 States tend to lose on lotteries: And joining the millions of us whose numbers didn't come up -- yep, those are my worthless Powerball tickets there to the left -- the state lotteries themselves are among the losers.

"Every bit helps, but net revenues from lottery sales are not big in the scheme of state budgets," according to a recent analysis by the Rockefeller Institute of Government. Gross lottery sales are substantial - about $70.2 billion in fiscal year 2014, according to the North American Association of State and Provincial Lotteries."

But, write Lucy Dadayan and Donald J. Boyd in the Rockefeller report, net revenues for state budgets after payment of prizes, administrative costs and other expenses were only around $18.1 billion, or 26 percent of sales.

Basically, according to the Rockefeller report, lotteries are a minor element in state fiscal systems, accounting on average for approximately 2 percent of state tax revenues.

The Rockefeller findings reinforce an earlier Tax Policy Center (TPC) report that noted while lotteries generated more than $21 billion for states in 2011, that was just 1 percent of the states' own-source revenue.

"Revenues ranged from just under $10 million in North Dakota (0.5 percent of own-source revenue) to over $3 billion in New York (1.6 percent)," writes Richard C. Auxier in TPC's Tax Vox blog. "That's in part because less than a third of lottery sales went to state revenue in 36 of the 43 states with lotteries in 2012. The remaining two-thirds of sales went to prizes, retailer commissions, and administration expenses (including advertising)."

Minimal percentage to schools: But what about all the dollars for, in most states, education programs?

At best, lottery revenue can only modestly increase spending on education and other programs, according to the Tax Vox post. In the states that dedicate all lottery revenue to Kindergarten through grade 12 education, that revenue never covered more than 5.5 percent of total spending in 2011.

And in North Carolina, where nearly all of the state's lottery revenue is dedicated to elementary and secondary education, a 2015 budget twist leaves teachers and assistants out of any windfall.

Tar Heel State lawmakers last year shifted distribution of lottery proceeds from those in the classrooms to bus drivers, janitors and other noninstructional support staff. The reason: to ensure that teacher salaries aren't funded by a variable source of money.

No state income taxes either: Other losers in this largest every U.S. lottery? The tax departments in the winners' states.

As I noted last week at my other tax blog, the winners of the Powerball billions all are in states that don't tax lottery income.

California exempts, in most situations, lottery winnings from its individual income tax, which has a top tax rate of 13.3 percent for millionaires.

Florida is one of seven states with no individual income tax at all.

But the Internal Revenue Service is the big lottery winner, on this Powerball payout and all gambling winnings. As I also discussed last week at Bankrate Taxes Blog, the IRS gets at least part of its tax cut from winners immediately, regardless of whether they take their money in one large payout or in 30 annuity payments.

I'm presuming the still anonymous California and Florida lottery winners are, as I and other financial folks recommend, taking their time to get a good grasp on the tax issues related with large lottery payouts.

Congratulations to them on their luck. May it continue as they deal with their new-found wealth.