Sorry, fellow tax geeks, we're likely out of luck tonight. President Barack Obama probably won't talk much, if at all, about taxes in his valedictory State of the Union address. 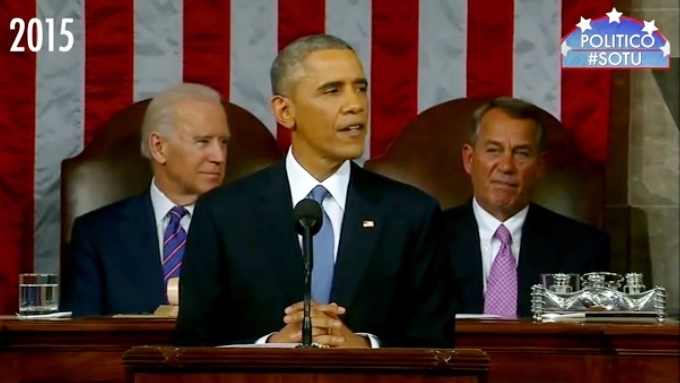 Click image for highlights of President Barack Obama's prior State of the Union addresses, plus Politico's preview of tonight's speech.

Even when a president will be around to fight for his annual State of the Union, or SOTU, wish list, few of the proposals ever find their way into legislation, much less law.

So when a Chief Executive is wrapping things up and, as in Obama's case, is facing a determined opposition party in both the House and Senate, it's not worth it to spend time on matters that have no chance at all.

Instead, SOTU addresses by presidents in their final year in office tend to focus on accomplishments, with a dash of an aspirational overview of the challenges still facing the country. Expect that tonight from 44's lame-duck address.

That said, a couple of tax issues might get a mention.

Taxes on the wealthy: With the growing wealth gap getting a lot of attention from 2016 presidential hopefuls, especially on the Democratic side, Obama might throw in some comments about the need for a change in the carried interest rule.

This current law/loophole allows investment managers' income to be paid as a share of the profits from the holdings they oversee. This means they pay tax on that money at lower capital gains rates instead of at ordinary tax rates.

In that same vein, Obama could revive his call from his 2012 SOTU for the Buffett Rule that would impose a minimum tax on wealthy Americans. Since wealthier Americans tend to get a large part of their income from investments, they tend to primarily pay lower capital gains rates.

And continued concern about companies changing their international tax residency, at least on paper, could again prompt Obama to call for an end to tax laws that enable corporate inversions. He's already characterized such business tax techniques as "gaming the system."

But don't expect much more in the way of tax talk tonight.

Bingo! If you just can't bear the idea of watching a presidential address with minimal mention of taxes, you might want to play the popular political bingo game that Americans for Tax Reform has created for Obama's final SOTU.

As with similar games, such as the drinking ones played during presidential primary debates, you download the series of Bingo cards and then check off terms and phrases that Obama uses tonight.

Since the Washington, D.C.-based group focuses on preventing new taxes or hikes to existing one, the cards' translation key puts a tax spin on otherwise neutral terms.

The Los Angeles Times has devised a SOTU Bingo card with actions instead of words from the speech.

And The Washington Post's Monkey Cage political blog has a do-it-yourself SOTU Bingo card. "Tax" is one of the suggested words to include. But for the reasons I mentioned earlier, if you want to win the game, I wouldn't.