So The Donald actually did it. He bailed on the final GOP debate before Iowa voters caucus on Feb. 1 to pick their favorite presidential candidates in both parties. 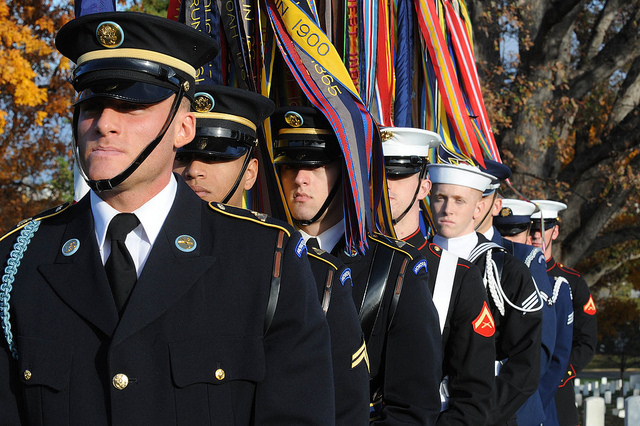 OK. Props to Trump's people for pulling it all together so quickly.

But it was done in a way that, unsurprisingly, kept the focus on Trump.

Trump again grabs the spotlight: He set up a special website where his supporters can donate funds for veterans. What he didn't do, at least at last check, was spell out exactly where the funds raised would go. The vets' website is as vague as the rest of Trump's "huge" proposals.

Rather, any money given through the website goes to the Donald J. Trump Foundation. Yep, that's the candidate's own 501(c)(3).

An examination of the foundation's gifts by NBC News shows that since 2010 around $5 million has been handed out, but only $35,000 has gone to veterans groups.

Plus, your favorite veterans' charity might not get any money from Trump. Some veterans and military nonprofits have expressly said that they don't want any part of Trump's event.

Make your own charity choice: Might I suggest that if you want to give money to help veterans, do so directly. Select a reputable, Internal Revenue Service-qualified nonprofit and write that group, not Trump's foundation, a check.

No, it's not just that I hate the idea of Trump getting any credit. I do. I admit it. I think the guy's a jerk and does things, including running for president, only for The Donald's benefit.

But I recommend you bypass Trump's website because by donating directly to a respected and well-known veterans' charity you will know exactly what good cause your money will support.

Charity Watch, originally founded as the American Institute of Philanthropy, is one such watchdog group. Below is its January 2015 evaluation of groups serving the needs of veterans and the military.

Remember, too, that things can change. The Wounded Warrior Project, for example, is on the Charity Watch 2015 list. But the group's spending decision are now under scrutiny, partly because of the attention it received when Trump mentioned it as he was spit-balling his counter-debate event.

It might be deductible: Finally, I'd be a terrible tax blogger if I didn't remind you that if you do donate to a veterans' (or any) qualified charity and itemize deductions, you can claim your gift on your tax return for the year in which you donated.

And remember to get a receipt!