Many state and local governments have taken to taxes as a way to discourage gun ownership, or at least make some money on it.

In Arizona, however, one lawmaker wants to give some gun owners a tax break.

Rep. Steve Montenegro, Republican from Litchfield Park and House Majority Leader, wants to give a state tax credit to gun owners who take classes to learn how to handle their weapons. 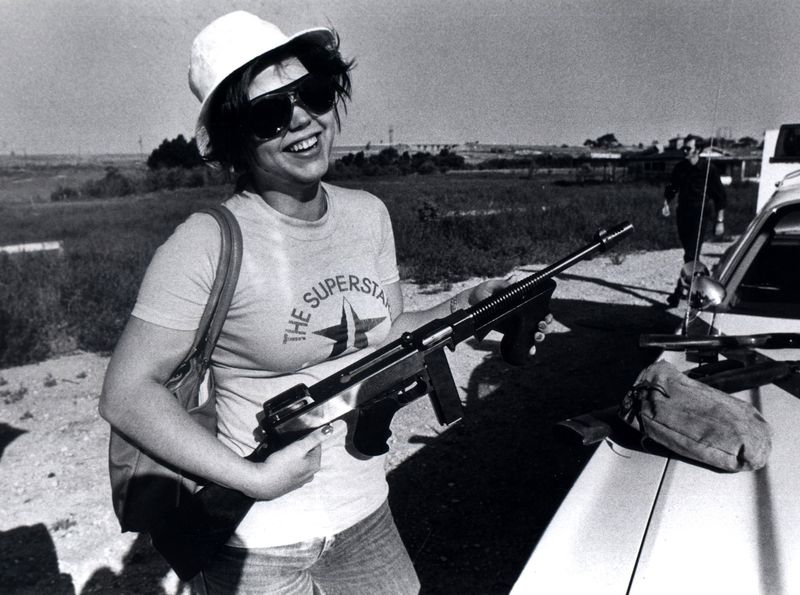 Yours truly holding a rifle under Lubbock Police Department supervision. This was when I was the police reporter for the local newspaper, working on a feature on the department's SWAT team and it's obvious that I needed more firearms training.

Montenegro's bill, HB 2494, would allow up to $80 in tax credits for "costs incurred during the taxable year for training courses or classes taken by the taxpayer." The tax break also would extend to the taxpayer's spouse or dependents.

No training needed now: Arizona residents can carry a concealed weapon without getting a permit. Some, however, opt to voluntarily get the official piece of paper because it offers other benefits in connection with the piece they carry.

A permit holder, for example, can carry the weapon into an establishment that serves alcohol. Most other states also recognize the Arizona permit.

And to get an Arizona concealed carry permit, all you basically have to do is pay up.

In 2010, the state legislature eased the law so that gun owners could obtain permits through means other than the eight-hour training course mandated under the previous law.

Safety issue: Montenegro believes, however, that gun training is beneficial for all.

It obviously would help permit holders.

The Arizona Department of Public Safety currently charges $60 for new permits and $43 for renewals. Training costs vary, reportedly ranging from $50 to $115, which would be offset in whole or part by the proposed credit. If the filer's tax bill is too low, the credit could be carried forward to future years.

And, says Montenegro, his proposal is promoting safety.

"In essence, what it does is it's bringing a level of awareness that we want to make sure that we can say maybe the next generation of those that want to have or possess firearms, they understand that we as a state value making sure that people are educated in how to use weapons or how to carry weapons," he told Capitol Media Services.

Tax cost of such safety: Currently, almost 252,000 concealed carry permits have been issued by the Arizona DPS. State data indicate that there are around 3 million Arizonans who could take advantage of the proposed law.

If all those Grand Canyon State gun owners they got the maximum $80 credit, the potential cost in lost state revenue could be as much as $240 million.

That amount doesn't sit well with opponents of Montenegro's proposal. They say there's no need to give taxpayer dollars to people to carry guns.

Plus, they argue, if gun safety is the real concern for Arizona lawmakers and residents, they simply should reinstate the requirement that gun owners take a tougher training course before getting a concealed carry permit.