No business sector is off limits when it comes to taxes. 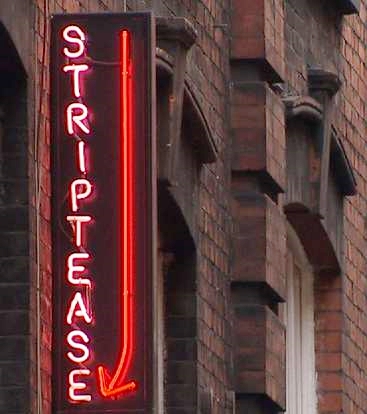 That's the message from Her Majesty's Revenue and Customs (HMRC), which last week announced formation of an adult entertainment task force.

The special investigative unit of Great Britain's version of the Internal Revenue Service will target strip clubs and online escort agencies that it suspects are covering up thousands of pounds a day in profits, thereby evading value added tax (VAT), income tax and national insurance payments.

Billions in unreported earnings: HMRC says the adult entertainment industry, including but not limited to strippers, escort agencies and lap dancing clubs, was estimated to be worth £5 billion ($7.55 billion in U.S. dollars) in 2010.

Since then, say tax officials, the amount of money spent on adult entertainment has grown, largely thanks to the Internet and particularly in the area of online escort services.

The United Kingdom's tax office estimates it will collect around £2.5 million ($3.78 million U.S.) from the crackdown. That's enough to earn this week's By the Numbers honor.

"Large numbers of people working in this industry are paying the tax they owe and they don't have anything to worry about," said Jim Stevenson, head of HMRC task forces, in announcing the new effort.

"The people being targeted by this task force have no intention of playing by the rules, and we won't tolerate this," said Stevenson. "No industry is safe where tax evasion is concerned. We won’t stop tracking people down and taking back what they owe."

U.K. madam gets jail time: HMRC already has notched one victory in their investigation of adult entertainment tax evasion.

Janine Adeleke claimed to be unemployed, but was found to be running Carltons of London, a service offering the "finest London escorts to gentlemen of distinction."

The 43-year-old mother of five was convicted and sentenced last month to three years in jail.