The tax cost of your New Year's Eve Champagne toast

I briefly thought about trying out hard cider this New Year's Eve. But that would require putting on a clean T-shirt, getting out of the house, driving to a liquor store and making the purchase. That's not going to happen.

Instead, at midnight the hubby and I will finally pop the cork on a bottle of sparkling wine we've had in our fridge for, well, years. Yeah, we're not really big drinkers. 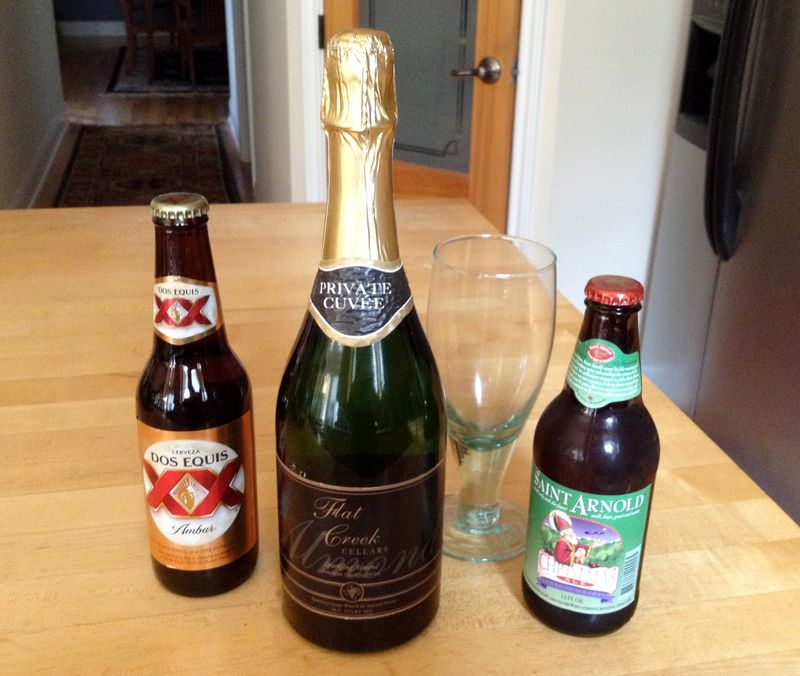 If there's no fizz in that Flat Creek Cellars sparkling almond wine, then we'll rely on our fallback alcoholic beverage: beer. We have a few bottles of Saint Arnold Christmas ale, along with my standard supply of Dos Equis amber.

There also might be a few Modelo or Shiner brewskis in our fridge's bottom drawer. Whatever. We'll make do. As I said, we're pretty cheap and easy drunks these days. #OlderCelebrantsIssues

High sparkling wine taxes: By relying on the booze we have in stock, we'll be saving a few bucks. But we will be denying the Texas treasury a few pennies.

The Lone Star State is one of 15 states that, according to the Wine Institute, collect an excise tax on sparkling wines. But my native state's levy of 52 cents per gallon is negligible compared to a few other jurisdictions.

Bottles of bubbly bought by Florida celebrants have a $3.50 per gallon state sparkling wine excise tax built into the beverage's price.

The Sunshine State's sparkling wine tax rate, notes The Tax Foundation, is a full dollar more than Alaska, which comes in second with a tax of $2.50 per gallon. These top two states are followed by Hawaii at $2.12 per gallon and Oklahoma at $2.08 per gallon.

Getting a cheaper buzz on: Champagne and sparkling wines are least taxed in Wisconsin, which has the lowest excise rate of all at just 25 cents per gallon.

The Tax Foundation has taken the Wine Institute data and put it into a handy map so you can see just how much your toasts will help out your state's tax collector. 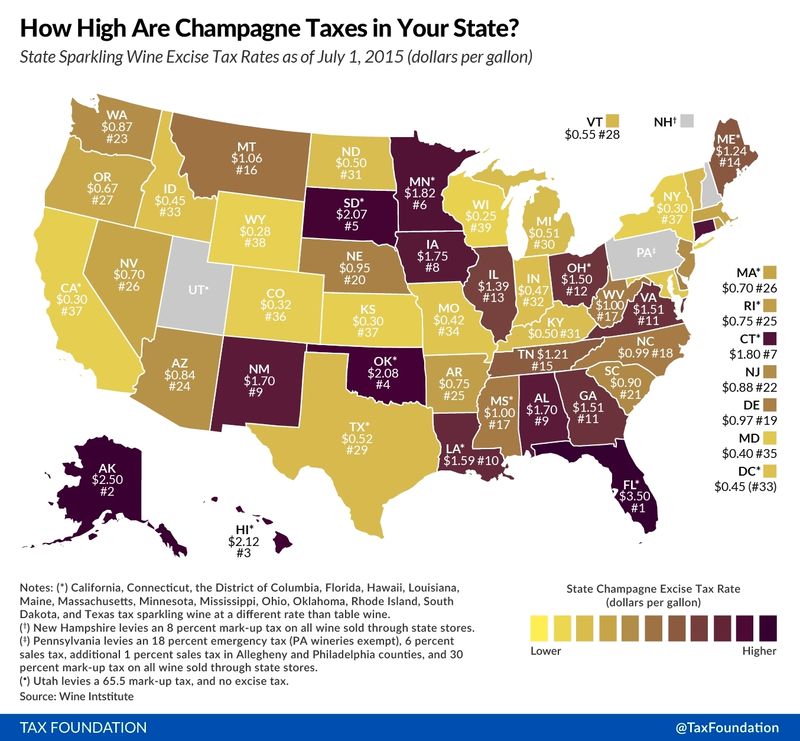 Regardless of how you ring in the New Year, enjoy. But please don't over-do, or at least have a designated driver ready. I definitely want to see you back here in 2016!