Congress is still working on a compromise to put the 50+ expired tax extenders back into the tax code, some permanently.

The plan is to attach the extenders to the fiscal year 2016 omnibus federal spending bill that must be OK'ed by Dec. 16. Then Representatives and Senators can head out of Washington, D.C., for holiday celebrations back home.

Before that happens, though, another bill that also has tax ramifications is likely to clear Congress. 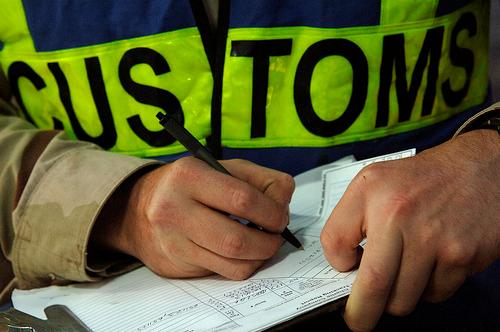 Also referred to as the customs bill since it streamlines the U.S. Customs system and eases the border clearance process for much shipping and international commerce, H.R. 644 is expected to pass the Senate next week. Then it's off to the White House, where President Obama has indicated he will sign it.

As I pointed out last week at my other tax blog, this is not the online sales tax effort. Rather, it's a federal prohibition on states and other localities from taxing customers for the service they use to log onto their favorite websites.

The Internet tax moratorium was first enacted in 1998 on a temporary basis, meaning it had to be periodically renewed. That happened five previous times, but once the trade bill is law, that renewal process is history.

So, too, will be the Internet service provider, or ISP, tax that seven states now collect.

Hawaii, New Mexico, North Dakota, Ohio, South Dakota, Texas, and Wisconsin had ISP taxes in place when the original law passed, so they were grandfathered. But once the new trade law is in force, those states must start phasing out their ISP taxes.

By June 2020, there won't be any Internet access tax collection in the United States.

Costlier tax penalties: To help cover some of the costs of the customs bill, lawmakers agreed to increase some tax penalties.

Currently, if you file a return more than 60 days after it's due and you can't give the Internal Revenue Service a good reason for the delay, you'll face a failure to file fine of $135 or 100 percent of the due tax, whichever is less.

When the trade/customs bill becomes law, that penalty will increase to $205 or 100 percent of your tax liability, again whichever is less.

The tougher penalty amount will kick in next year, applying to returns required to be filed in 2016 and beyond.

The enactment of the latest transportation bill requires the IRS to use private bill collectors in some cases. And that, as I note at my other tax blog, could lead to an increase in the already huge telephone tax scam.

My additional tax thoughts at Bankrate usually go up on Tuesday and Thursday. If you miss them there, check here at the ol' blog the following weekend for highlights.