Private debt collectors are back in the tax bill business, essentially chauffeured in as part of the new highway funding bill. 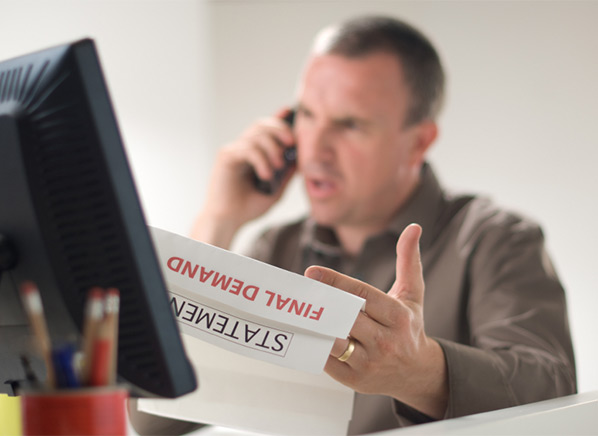 Click image to read how federal agencies recently shut down four debt collectors for abusive practices. Now private bill collectors will soon be back in the tax debt collection business.

In addition, some U.S. passport holders will find that their international travel documents have been pulled, or they can't get or renew them, because they owe $50,000 or more to the Internal Revenue Service.

These two provisions are part of H.R. 22, the Fixing America's Surface Transportation Act (FAST), that Congress passed on Dec. 3. The House vote was 359 to 65; it was 83 to 16 in the Senate. The president is expected to sign signed the legislation into law on Dec. 4.

The FAST Act provides $305 billion for road, rail, waterway, freight and infrastructure projects, over five years. That's the longest term of any transportation measure in 17 years.

Part of the money will come from requiring the IRS to use private bill collectors to bring in certain overdue federal tax amounts. This is estimated to raise $2.4 billion over 10 years.

The passport provision is projected to bring in $398 million over 10 years.

Those who objected to both provisions say the cost to affected individuals will be even greater.

Debt collectors return: Under the new highway bill, the IRS must contract with private debt collection agencies on accounts that have been designated as inactive because the agency has determined it doesn't have the resources to pursue them or because they are too old.

Some tax accounts would excepted form the debt collector law: those being paid by installment agreements, are under litigation, where the taxpayer is deceased or under 18 years old, or where a spouse is seeking relief from a tax position taken by his/her husband/wife.

Opponents of the bill collector provisions pointed point to previously failed efforts in this area. The IRS first used private collection agencies in 2006, but abandoned the program in 2009, due in part to taxpayer complaints about the collectors' aggressive tactics.

However, lawmakers who agree with Reardon weren't able to convince their colleagues to strike the provision.

This revocation ability generally would apply in cases where a taxpayer is subject to a lien, or notice that a tax debt is owed, or the next step, a levy, which gives the IRS authority to seize assets.

Passports would be safe in cases where a taxpayer is working to pay the debt, for example, by establishing a tax installment payment plan, or is fighting the bill via IRS appeals or in court.

The IRS will certify the identity of persons whose tax debt falls under the passport revocation parameters and pass that information along to the State Department for action. This new IRS account review concerns some, such as the conservative Heritage Foundation, which opposed "further empowering the IRS to harass and inconvenience American citizens, especially those living abroad," particularly in light of the agency's "targeting of specific nonprofit groups and myriad other abuses."

Groups who represent U.S. citizens living abroad also say the provision could cause problems since those Americans rely on their passports for more than just travel.

As these two new (or renewed in the case of private debt collectors) provisions are implemented, we can be sure that their opponents will be closely watching for problems.