One of the year-end tax tips that I've been talking about in recent days is to defer income, such as a workplace bonus, into the next year. That will give you 12 months to figure out how to handle the taxes on the added income. 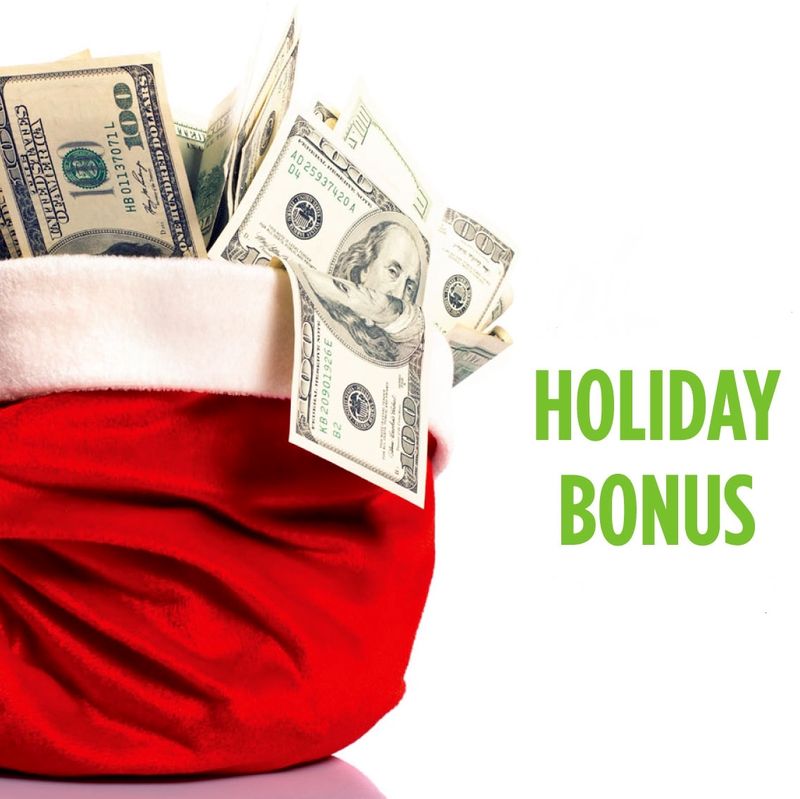 However, I don't think the employees of Hilcorp Energy Co. will be deferring the $100,000 each received this year.

Big reward for goals met: The privately held oil and gas exploration and production company gave every one of its 1,399 workers the hefty cash thank you for helping the company achieve its five-year goals earlier this year.

In addition to the 439 workers at Hilcorp's Houston headquarters, the company has operations elsewhere in Texas, as well as in Louisiana, Alaska and the Northeast.

The $100,000 was prorated based on time of service over the past five years, but employees of all job levels and titles were eligible for the bonus, according to the Houston Chronicle.

The workplace generosity of Hilcorp CEO Jeff Hildebrand earns this week's By the Numbers honor.

Some Hilcorp employees reportedly plan to use the bonus to retire early, remodel homes , take vacations, and pay for their children's college.

They also need to talk to a tax professional.

Separate check or part of pay: A workplace bonus generally is considered supplemental income, and the amount shows up on the employee's W-2 form in a separate row labeled "supplementary income" with the appropriate withholdings shown.

Here's the tax kicker. When the bonus made as a separate payment to the worker, the Internal Revenue Service holds supplemental income to a generally higher tax withholding rate, 25 percent.

However, an employer could decide to classify the bonus as part of the worker's regular wages, where it will be taxed at the nominal rate.

When the bonus is not ginormous, the distinction typically doesn't matter.

But in a situation like the one the Hilcorp workers find themselves in, where the reward is big enough to bump you into a different tax bracket or disqualify you from deductions and/or tax credits, you need to talk to a tax pro.

When the bonus is included in your wages, your employer may give you the option to change your withholding for the pay period that includes the bonus. This will let you keep more of the money.

Or the boss could gross up the bonus money. Here the employer adds extra to the bonus amount to account for the taxes due on the extra pay.

State taxes, too: Also remember that all the tax talk about is in connection with federal taxes. If you live in a state the has an income tax, that jurisdiction, and possibly other localities, also will get a bite of your bonus.

And FICA's Social Security and Medicare taxes also are withheld from bonuses.

my job does not give a bonus at all