It's going to be a special New Year's celebration for hard cider aficionados. They will be raising a glass of their favorite bubbly fruit beverages not only to celebrate the arrival of 2016, but also to cheer tax law changes that should help their industry. 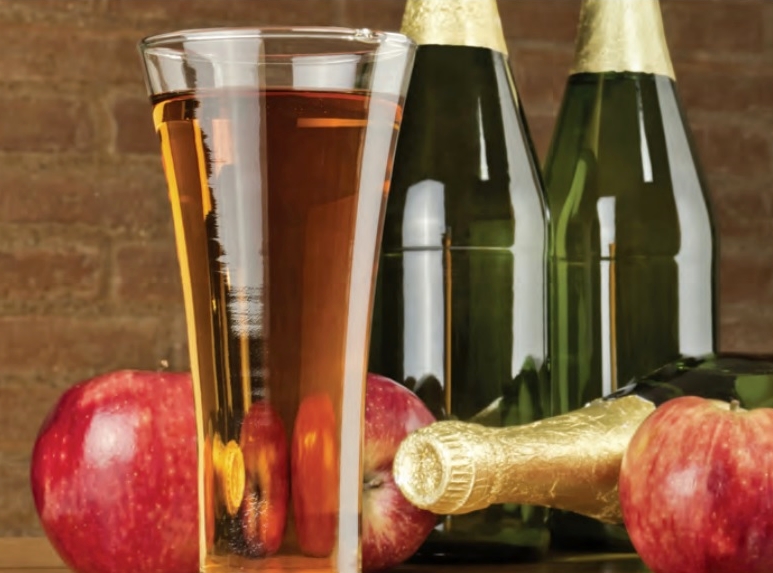 Hard cider, like its cousin wine, is made from fermented juice. In cider's case, that's apples or pears instead of grapes. But hard cider's main competitor really is the craft beer sector.

And cider makers have long argued that the tax law imposed an excise tax that put their specialty beverage at a disadvantage to comparable beers.

Spending bill's effect on cider: That has changed thanks to the spending bill that became law on Dec. 18. It includes a provision that broadens the definition of hard cider.

And that means those involved in making hard cider can now boost the alcohol level a bit without facing a higher excise tax.

The U.S. Association of Cider Makers (USACM) says the changes will make small cider producers more competitive in the market by giving them increased flexibility in production and ingredients. It also brings the cider definition into line with international standards for alcohol by volume, carbonation and allowable recipes, according to the trade association.

Taxing the bubbles: The carbonation and alcohol content change is particularly welcome since they affect the excise tax rate cider producers face.

That tax rate has fluctuated over the years. Under the Taxpayer Relief Act of 1997, the cider tax was the same as the beer tax rate. The next year, however, a technical correction to the law clarified that hard cider would be a considered a still wine, with lower carbonation levels and a higher tax rate.

To avoid falling into the  higher tax rate for stronger alcoholic beverages, when a hard cider topped the allowable alcohol content limit, cideries diluted their products with water or raw, unfermented cider. Or the cideries had to invest in equipment designed to stop the fermentation process before alcohol levels get too high.

With the law change, however, the over-fermentation worries are gone. Now hard cider makers can bump up the bubbles and remain taxed at a lower rate (22.6 cents per gallon) than still ($1.07 per gallon) and sparkling ($3.40 per gallon) wines.

The bottom of the barrel tax line is that the hard cider levy comes to about $7 per barrel. That's the same tax rate as assessed small beer breweries (those producing fewer than 2 million barrels) on their first 60,000 barrels of beer.

"This legislation represents a huge step forward for cider makers throughout the nation," said Mike Beck of Uncle John's Hard Cider Company and president of the USACM. "We are excited for the positive impact it will have on the U.S. cider industry, which is growing rapidly and creating small manufacturing and agricultural jobs across the country."

Old beverage, new options: Cider originated in colonial days when drinking water was not always safe and fermenting apples that otherwise might go to waste into cider provided an appealing alternative. Since then, the drink has become increasingly popular.

National hard cider sales tripled between 2007 and 2012 to about $600 million, according to IBISWorld, a market-analysis company.

Thanks to the new law, that growth trend could continue. Cideries say the law changes will give them more flexibility in creating new products without facing higher costs.

I'm not much of an alcoholic beverages drinker. Part of the reason is that I got that out of my system when I was in college and the legal drinking age way back then was 18.

But maybe this year, the hubby and I will pick up some hard cider and see if we agree that this beverage sector got a deserved tax break.