GOP presidential candidates' final 2015 debate tonight
Terror likely to be the top topic, but just in case, here is some tax background

Christmas is 10 days away, but political junkies (and "reality" TV fans) are getting a big present tonight. The Republicans hoping to be their party's presidential nominee next year square off tonight in Las Vegas.

National poll leader Trump takes center stage, literally as well as rhetorically. Carson will be to his right, with Cruz positioned to his left, probably the first time that direction and political position has been used in connection with the Lone Star State lawmaker.

One of the reasons Trump is surging in the polls -- one survey shows him with a 41 percent approval rating among likely Republican voters -- is his tough (and racist and unconstitutional) talk following the San Bernardino terrorist attack.

So tonight's big question is which of his rivals will go after Trump and how aggressively? Will The Donald and Cruz, heretofore campaign trail buddies, finally have at it now that Texas' junior senator has taken the lead in Iowa?

Terror, not taxes, top topic: The issues raised, albeit less than elegantly by Trump, also mean that national security, not domestic policy, will probably dominate tonight's event from The Venetian hotel. (As a totally nonpolitical/nontax aside, there's an Illy café with wonderful gelato where The Venetian and The Palazzo hotels meet.)

If, however, a bit of tax talk happens to find its way into the debate, you can do a little prep work by checking out checking out the various candidates' tax plans. 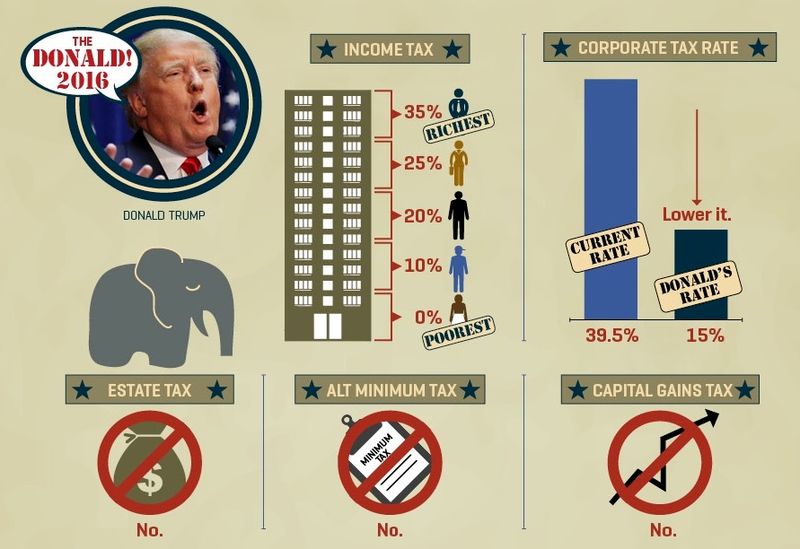 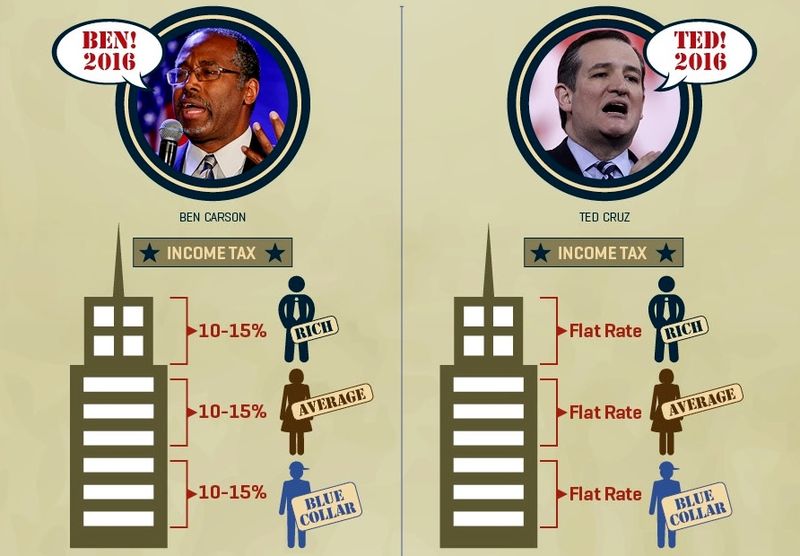 Check out the full visual tax guide for more on the other GOP candidates' tax plans, as well as the proposals from the three Democratic contenders.

You also can read more about the Republican candidates' tax plans at The Wall Street Journal and Vox. The Tax Foundation has info on the GOP hopefuls and the Democratic candidates, too.

CNN will televise both events.

And just to make sure that you have enough political gifts under your tree, mark your calendar for Saturday, Dec. 19. That night the three Democratic candidates -- Hillary Clinton, Bernie Sanders and Martin O'Malley -- will debate in Manchester, New Hampshire.