Business mileage deduction rate to drop in 2016
Driving for tax-deductible medical and moving reasons is reduced, too

When we think about tax-related inflation adjustments, we typically expect amounts to bump up, at least a little.

But, as the Federal Reserve made clear yesterday when it finally hiked interest rates for the first time in almost a decade, inflation has not been a big deal for a while.

So it's not such a big surprise that the Internal Revenue Service's annual inflation adjustments for the rates used to figure tax deductible driving looked like some earlier Fed moves: they will drop in 2016. 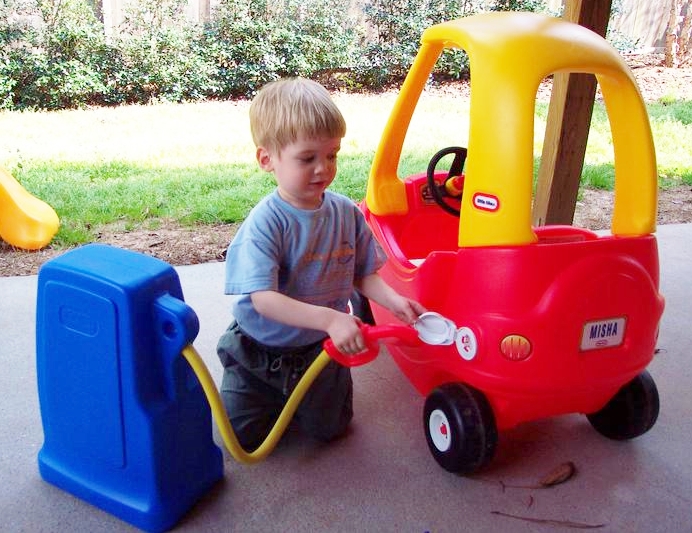 A young driver knows what it takes to keep his vehicle on the road.

The lower mileage deduction rates also were expected because the cost of gasoline plays a big role in how they are determined. And as any driver will happily tell you, filling up the tank has gotten a lot less expensive recently.

Similarly, trips taken for deductible medical reasons or to relocate will go down in 2016 from 23 cents per mile to 19 cents per mile.

The standard business mileage rate, explains the IRS, is based on an annual study of the fixed and variable costs of operating an automobile.

The medical and moving rates, on the other hand, are determined by looking at just the variable costs of operating a car.

The biggest fixed automotive cost is the vehicle price. The biggest variable cost is gasoline.

And the role of the variable and sometimes volatile price of gas is obvious in the tax deduction mileage rate changes for the coming year.

AAA says U.S. drivers are paying the lowest average price for regular unleaded gasoline since 2009. In fact, the national average pump price for unleaded is a mere penny away falling under $2 per gallon.

So with the dramatic drop in gasoline prices over the last year, it's not that surprising that the medical and moving rates will go down more next year, by 17.4 percent, than will the business mileage rate, which will fall by just around 6 percent.

Never a change for charity: As for the miles you can claim next year in connection with travel related to an IRS-qualified charity, that rate will stays at 14 cents.

But that has nothing to do with inflation or gas prices.

The charitable mileage rate is set by law, meaning that it can only be changed by Congressional action.

Keep track of what miles in which year: Remember, too, that the mileage rates that the IRS just released don't take effect until Jan. 1, 2016.

So if you do any deductible driving between today and Dec. 31, you'll want to use the 2015 figures to figure your deduction on your taxes that you'll file next spring.

The table below will help you keep track of which rates apply to which year's travel.

Rates are optional: The IRS also points out that the standard mileage rates for calculating your deductible driving are optional.

You always have the choice of using the set rates or deducting your actual automotive costs. The actual cost method, though, means more work.

But it might be worth it. So check out your options before making a final deduction decision.

And regardless of which mileage deduction method you use, be sure to keep good records.

I (and my mom living on Social Security) agree: the items that determine the inflation rate are not the real components that everyday folks deal with. And a proposal to use the Chained CPI will make it worse. We've got to find a way to make the policy makers live in or at least look at the real world.

Low inflation? everything they NEED is inflating really fast while everything you can live without goes down in price. Transportation, Education, Healthcare, Housing, all at 5-10% inflation...