Members of the military receive some special tax considerations. One of them is some tax-free income while serving in a combat zone. 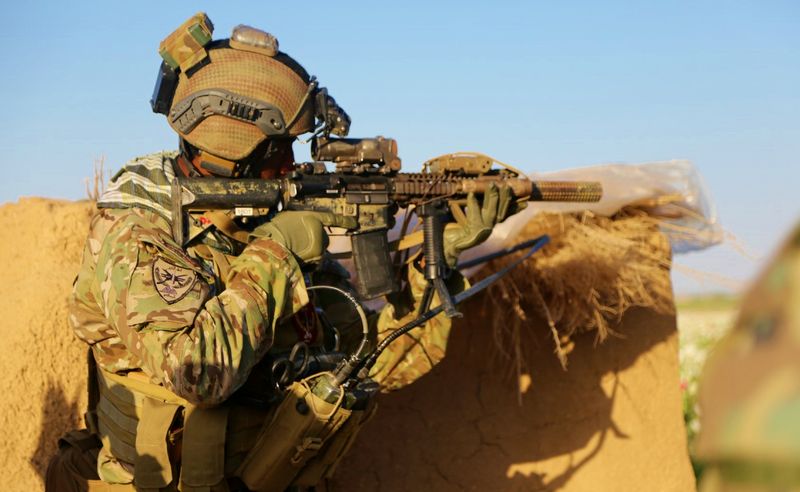 The Internal Revenue Service says that when service personnel serve in a combat zone as an enlisted person or as a warrant officer, including commissioned warrant officers, for any part of a month, all military pay received for service that month is excluded from gross income. Basically, that income doesn't count when calculating any taxes owed.

For commissioned officers, the monthly tax exclusion is capped at the highest enlisted pay, plus any hostile fire or imminent danger pay received.

The rationale behind the tax-free income break is that it's a way for Uncle Sam to say thanks to military men and women who are in harm's way.

But the combat zone has to be a specific area of danger.

An Army review has determined the unit members were unfairly claiming a combat-zone tax exemption, according to a report in Army Times.

A combat zone must be designated by the president via an Executive Order. It is defined as "an area in which the U.S. Armed Forces are engaging or have engaged in combat."

IRS Publication 3, Armed Forces Tax Guide, for the 2014 tax year, notes that under Executive Order No. 12744 the following Arabian peninsula locations (and airspace above) were designated beginning Jan. 17, 1991, as combat zones:

Note the absence of Egypt in the above list.

And in June, an ISIS-linked group claimed responsibility for a rocket attack on an MFO-operated airport in North Sinai.

Thanks in part to increased security concerns brought about by threats from groups connected to the Islamic State group, writes Lilley, the MFO troops have been provided with blast-proof bunkers, HESCO barriers and fencing designed to repel rocket-propelled grenades.

Those dangers, however, are not enough to classify Egypt as a combat zone.

Some of the affected soldiers had received the combat pay exemption by participating each month in combat water survival tests in the Red Sea at the MFO's South Camp. The Red Sea, as noted earlier, is an official combat zone.

Convenience not combat: A review of pay policy for soldiers in the task force requested by U.S. Army Central did not address added security concerns, reports Lilley. Instead, it found that the swim training "is being conducted as a personal convenience merely to entitle a Soldier to CZTE [combat zone tax exemption]."

Based on that determination, the Army has decided that the Egypt-based task force participants should not be eligible for the combat pay exemption.

The change, which took effect immediately upon the review's findings, could post a substantial tax cost to the Task Force Sinai soldiers.

In an email to Army Times, a soldier wrote: "Someone in DC needs to change the policy on this area. [The Islamic State] is here and conducting operations around us and sometimes against us."

I suspect after hearing of the combat pay change, federal lawmakers from North Carolina -- the Task Force Sinai is headquartered in Fort Bragg -- will be looking into the situation.

Eric, I'm afraid you are very poorly informed. If you were sitting where I am sitting, or in the place of the other 9 that have been wounded here in the past 5 months, you would not make such an ignorant statement. But thanks for your support.

thanks for reading, Jeff. That paragraph comes from the IRS combat pay FAQ page: https://www.irs.gov/uac/Military-Pay-Exclusion-%E2%80%94-Combat-Zone-Service.

The Sinai is safer from enemy combatants than Fort Hood.