Rep. Kevin Brady (R-Texas) took over as chair of the Ways and Means Committee today (Nov. 5), but he shares several tax-writing traits with his predecessor. 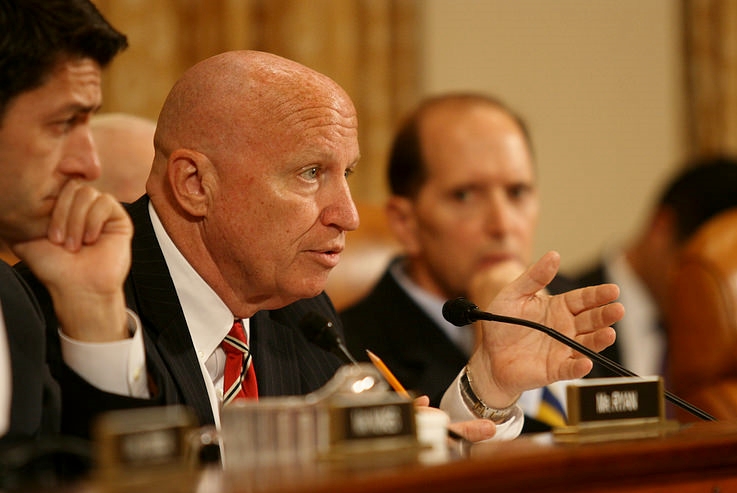 And Brady wants to get the extenders, more than 50 tax laws that regularly expire and are, per their name, extended by Congress, out of the way early in his new tenure as head of the tax-writing panel.

One of those temporary and now expired tax laws is near-and-dear to Brady. He helped restore the deduction of state and local sales taxes, a break that had been eliminated in the history 1986 Tax Reform Act, a move welcomed by his Texas constituents who had no state or local income taxes to claim on Schedule A.

Separate bills or combined package: During the first session of the 114th Congress, the Ways and Means Committee under Ryan's rule approved a handful of expired tax measures independently, instead of as one package as has usually been the process.

Each of those separate pieces of tax law also would become permanent parts of the tax code. That, said Ryan then and Brady now, would help both individual and business taxpayers have more certainty in their annual tax planning.

But the House must convince their Senate colleagues of the advantage of ending the annual (or so) extenders ritual and making the tax laws permanent.

The Senate Finance Committee followed the traditional route this summer in dealing with extenders.

The upper chamber's tax panel approved a comprehensive package of expired tax bills, technically for two years. But one of those years is 2015 (the laws would be retroactive), with the extenders running only until Dec. 31, 2016.

Permanency preferred: After meeting today with his Ways and Means Committee colleagues as their new chairman, Brady told Tax Analysts that his goal is to deal with the extenders sooner rather than later.

"Whether it is a permanency package, which I'm driving for, or if that's not possible, a two-year extension. But I have to make some visits with our leaders," Brady said.

The new Ways and Means chairman plans to meet soon, possibly this week, with Senate Finance Committee Chair Orrin G. Hatch (R-Utah) to discuss Congress' tax agenda for the rest of the year.

Show them the money: In principle, both Republicans and Democrats have no problem with many of the extenders becoming permanent.

But as is usually the case, money is a sticking point.

If the extenders are to end and become permanent Internal Revenue Code provisions, Congress must decide how to pay for them.

When they've passed in the past as a package, funding was not an issue because, according to Congressional (il)logic, they're temporary. But if they're officially and forever (as far as federal laws go) part of the tax code, money becomes a bigger issue.

Republicans tend to want to cut expenses to raise the money. Democrats like to add a new tax or raise some existing ones.

So Brady has his work cut out for him in his quest to move the extenders, especially if he wants to do so once and be done with them.

Brady began his political career in 1990 when he was elected to the Texas House of Representatives. He moved to the U.S. House in 1996 and is serving his 10th term.

He is the second most senior member of the tax-writing committee, behind his fellow Texas Republican Rep. Sam Johnson, who served briefly as interim chair when Ryan accepted the Speakership. Brady had sought the Ways and Means chairmanship last year, but the gavel went to Ryan.

Before taking the full committee lead, Brady was chair of the Ways and Means Health Subcommittee, where he helped move permanent reforms to the way Medicare doctors are reimbursed by the government, ending the annual battle over adjustments to avoid payment cuts.

His current home is the Houston suburb The Woodlands, but he's a South Dakota native, where he was a former baseball player at the University of South Dakota. The training there apparently still serves him well, as he's considered a key bat for the GOP in the annual Congressional Baseball game.

If money is a problem please make as many individual tax extenders permanent as possible now and just renew the rest. Do this each year until they are either made permanent or dropped altogether. The plan should be to end the uncertainty.