While some folks are starting to question whether Black Friday prices really translate to substantial savings, millions of people are still hitting the stores today because sales! 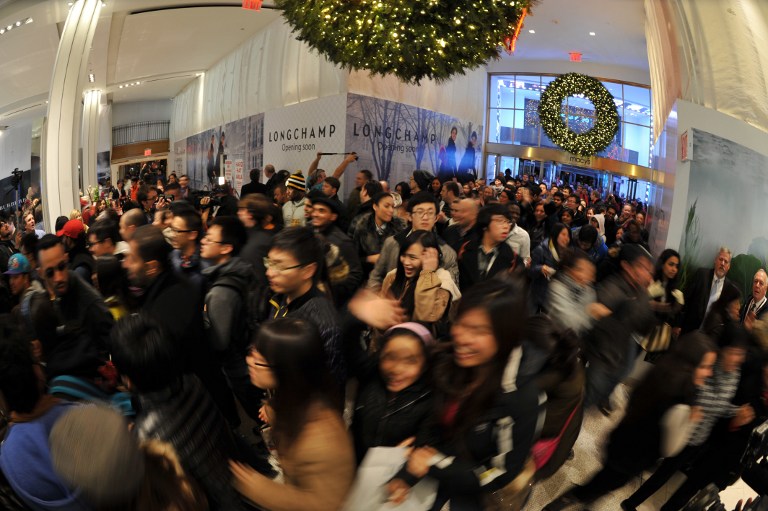 If you're part of the bargain-hunting crowd, good luck to you.

And here's one more piece of shopping advice. Budget a bit extra for sales taxes.

In the other 45, however, the checkout price of most of your purchases will include sales tax. And, notes Wolters Kluwer Tax & Accounting US, there is a wide range of sales tax rates in the states that do collect them.

Highest, lowest state sales taxes: So just where should shoppers be prepared to pay more this Black Friday (and the other 364 shopping days) because of sales taxes?

The winner, or loser from a shopper's point of view, is California with its state sales tax rate of 7.5 percent.

The Golden State topped the Wolters Kluwer top state sales tax list in 2014, too. In fact, the 2015 version of the 10 states with the highest tax rates is almost the same as last year's version.

No state dropped off in 2015, but Kansas managed to make it onto the list, tying for the last spot with a 6.5 percent rate like Arkansas and Washington. The others on the high sales tax list are Indiana, Mississippi, New Jersey, Rhode Island, Tennessee, Minnesota and Nevada.

That makes the list of states with the highest sales tax rates a top 11 this year.

At the other end of the tax spectrum, the 10 states with the lowest state sales tax rates remains the same as in 2014. They range from Colorado's 2.9 percent to Virginia's 4.3 percent. In between are Alabama, Georgia, Hawaii, Louisiana, New York, South Dakota, Wyoming and Missouri.

The infographic below offers some more details on the high and relatively low states sales tax rates: 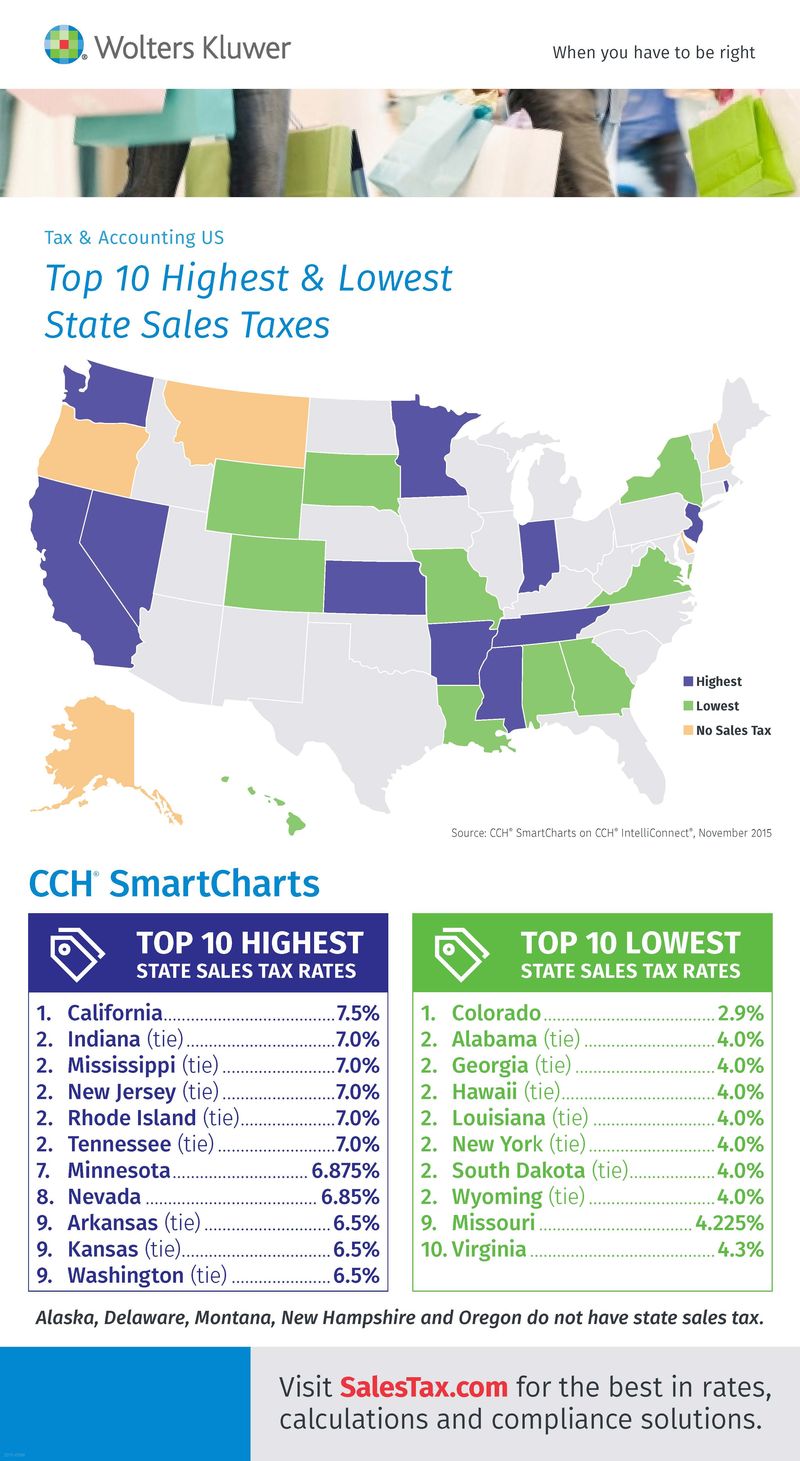 Remember, too, that some communities tack on local sales taxes, so plan accordingly.

In NYC and Long Island the local sales tax exceeds the state sales tax. Even though the NYS rate might look low you will pay 8.875 in NYC and 8.625 on the island.