The Internal Revenue Service is among 13 federal offices that is using high-tech cell phone surveillance devices.

As I noted over at Bankrate Taxes Blog, the ability of the federal tax collector to gather metadata from mobile phones has a lot of folks worried about just what data is being collected, from whom and how it is or will be used.

Such concerns came up in a Senate Finance Committee's Oct. 27 hearing that was already on IRS Commissioner John Koskinen's schedule. The session was arranged to discuss the Senate panel's report on how badly the IRS handled Tea Party groups' applications for tax-exempt status.

Cell phone simulator concern: But with the new of the IRS' high-tech investigative tool coming out a day before the hearing, you knew there would be questions about the tax agency's use of the StingRayII cell tower simulators. 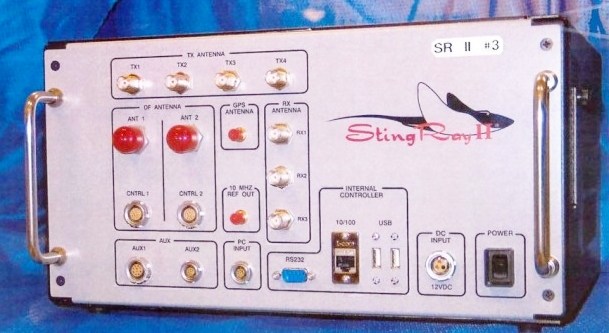 The devices mimic real towers' signals, pinging phones in the area so that they will send back signals that the agencies then can capture the phones' locations, identifying info and possibly some of the phones' contacts.

Sen. Ron Wyden (D-Ore.), the ranking Democrat on the tax-writing committee, noted that "obviously the IRS has an important role to play in enforcing tax laws," but he wanted some clarification from Koskinen about the cell phone information the agency is gathering.

Only criminals targeted: Koskinen told Wyden that use of the high-tech device is restricted to employees in its Criminal Investigation (CI) division and then only when investigators have probable cause of criminal activity. This primarily is in cases of suspected money laundering, terrorism and organized crime, according to the commissioner.

The Stingray is not used in IRS investigations of civil tax wrongdoing, Koskinen said.

As for what the IRS learns using the device, Koskinen said the Stingray basically allows users to see where communications are taking place point-to-point. They are not able to overhear the actual conversations.

"Criminal Investigation already follows the Department of Justice policies [regarding use of the devices] and will continue to do so when any changes are made," Koskinen said. This means that in in most cases warrants are required and data must be regularly cleared from the device.

He also told Grassley he would provide information about the frequency of the devices' use within 30 days.

Following up with Treasury: Although Grassley seemed satisfied with Koskinen's response, he officially followed up in writing a couple of days later.

Grassley and Sen. Patrick Leahy (D-Vt.), the ranking Democrat on the Judiciary Committee, sent a letter Oct. 29 to Treasury Secretary Jacob Lew seeking more on the IRS' Stingray use. They wrote:

"While the devices can be useful tools for identifying the location of a suspect's cell phone or identifying an unknown cell phone, we have previously expressed concerns about the privacy implications of these devices, as well as the inconsistent practices and policies across the federal, state and local agencies that employ them. The devices indiscriminately gather information about the cell phones of innocent people who are simply in the vicinity of the device."

And the senators want answers by Nov. 30 from Lew to the following questions:

When the senators get a response and share it, I'll let you know.

Inflation information released: In addition to looking at the James Bond type toys the IRS is using, last week at my other tax blog I also detailed the 2016 inflation adjustments to tax brackets and other return filing figures.

My additional tax thoughts are usually posed at Bankrate on Tuesdays and Thursdays. If you miss them there and then, check here at the ol' blog the following weekend (or early in the next week if there's, say, a decisive extra-innings World Series game taking up much of the evening)  for those posts' highlights and links.