How are those Thanksgiving leftovers holding up? While you might be sick of the excess turkey, dressing and countless side dishes, too many people face the opposite problem. They don't have enough to eat every day.

Food pantries and soup kitchens get a lot of attention during the holidays, and that's good. But they welcome help throughout the year. And some are getting it from nontraditional sources.

Many hunters and the organizations that support them have charitable offshoots through which game meat is donated to help feed the hungry. 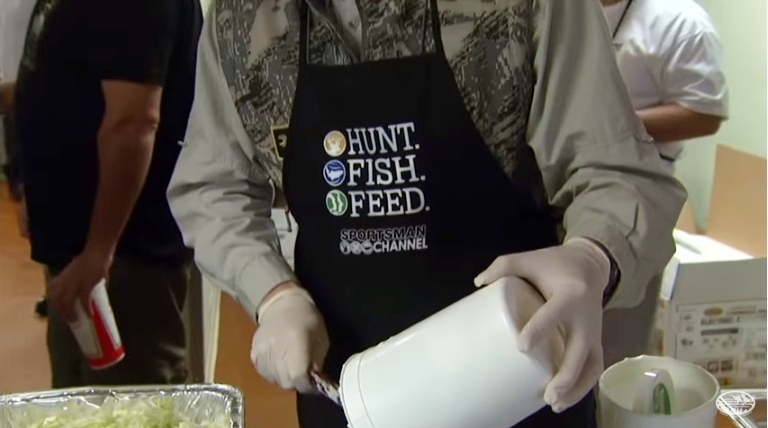 The average annual deer harvest provides more than 400 million pounds of quality meat that is turned into 1.6 billion meals annually, according to the National Shooting Sports Foundation. Most of the donations come from the Midwest and South, 46.1 percent and 45.7 percent, respectively, says NSSF, but hunters across the United States donate game.

And all types of game meat are accepted, from feral pigs, rabbit, elk, pheasant, waterfowl and the ever-popular deer.

If your freezer is too full for your hunting bounty, consider donating the excess game to nonprofits such as Hunters Helping the Hungry, Farmers & Hunters Feeding the Hungry and Hunters for the Hungry. Also check with your state's wildlife and/or fish and game departments about donation options.

These groups help facilitate the processing of the meat and getting it to soup kitchens, food pantries and in some cases even nursing homes.

And all types of game are accepted, from feral pigs, rabbit, elk, pheasant, waterfowl and the ever-popular deer.

Deduction proposed for game donors: In most cases, hunters donate their excess game to avoid having their overly-successful hunt spoils spoiled. Some members of Congress, however, think hunters deserve a charitable tax deduction for the costs associated with donating processed wild game meats to food-based charities.

H.R. 461, the Wild Game Donation Act of 2015, would do just that. It also would allow game processors who participate in the program to pass savings on to local food-based charities through tax-deductions of their own.

The lead sponsor for the Wild Game Donation Act is Rep. Don Young (R-Alaska), who said he was prompted to introduce the bill because of the convergence of the abundance of wildlife resources in his home state and the extent of hunger that still exists there.

"From the pan-handle to the North Slope, more than 100,000 Alaskans don't know where their next meal will come from. As a former teacher, I understand the impact hunger has on families and growing children," said Young in a statement announcing his bill. "This legislation, which has received bipartisan support from organizations and groups across the country, is a small but critical step in the right direction to solve the greater issue of hunger. I look forward to passing this commonsense bill to provide an added incentive for hunters to donate their game and provide some of the tastiest protein in the world to our food-based charities."

The Wild Game Donation Act has 39 cosponsors and is pending in the Ways and Means Committee.

State-level donations: At the state level, Alaska already allows donations of game meat by approved sources to nursing homes, child nutrition programs and other public and nonprofit facilities, including those run by Indian tribes and tribal groups.

A federal law based on the Alaska model is making it easier for these facilities to gain access to a wider selection of wild and native foods, including in Alaska game like venison, moose and caribou.

Such meats were part of the Thanksgiving menu at a residential senior care facility in Kotzebue, Alaska. The nursing home served up musk ox stew and meatloaf to elderly residents and their visiting family members.

The reaction from one visitor, said home administrator Val Kreil, was "It was the bomb! You don't hear that every day about meatloaf."

If you're a hunter and you have too much game to eat or store yourself, check out donation possibilities. You might not yet have a tax deduction, but you'll definitely be rewarded by knowing you helped others.

And if you're not a hunter but still want to help those who aren't sure where their next meat will come from, please donate to your local food pantry, this holiday season and year round.

Tax help for individual caregivers: In addition to being in structured facilities like the Alaska nursing home that serves game meat meals, millions of elderly are being cared for in their own homes by their relatives.

Last week at my other tax blog, I looked at a proposal by Democratic presidential hopeful Hillary Clinton to help those caregivers. Clinton is proposing a tax credit of up to $1,200 to help cover some of the expenses of family members who take care of elderly relatives.

Clinton's proposal is modeled after a measure introduced in the Senate by Democratic Sens. Amy Klobuchar of Minnesota and Barbara Mikulski of Maryland. Their Americans Giving Care to Elders Act, or AGE Act, is pending in the Senate Finance Committee.

I usually post over at Bankrate Taxes Blog on Tuesday and Thursdays. However, with Thanksgiving this past Thursday, I only blogged there once. Things will be back to normal next week.

And if you miss my posts there during the week, you can find highlights and links here at the ol' blog the following weekend.