It's officially Cyber Monday, but it looks like a lot of shoppers this year have already headed to their keyboards instead of stores. 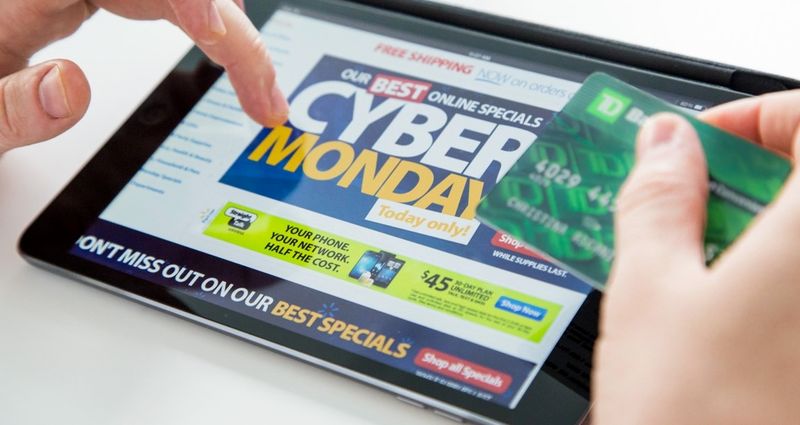 More than 103 million people reported that they had shopped online or planned to do so starting on Thanksgiving and through Sunday, according to the National Retail Federation's consumer sentiment survey. That bests the nearly 102 million people who shopped in stores during the four-day period holiday period.

The main reason folks shop via Internet instead of heading to stores is convenience. No traffic. No crowds. And in some cases, no sales tax.

But that last reason is changing.

Most online shoppers face Amazon tax: This holiday season will be the first in which Amazon will be collecting sales tax in a majority of states, notes Carl Davis, Research Director at the Institute on Taxation and Economic Policy (ITEP).

When Michigan joined that list on Oct. 1, the sales tax tally hit 26 states.

As Amazon notes on its website, items it or its subsidiaries sell and ship to the following states are subject to the recipients' state sales tax:

Those states in which Amazon collects state sales taxes are home to 81 percent of the United States' population, according to ITEP data.

Not just Amazon sales: No tax worries, you say. You'll escape your state's sales tax by buying online from another retailer.

Since Amazon is the major player in the Internet sales world, how it deals with sales taxes applied to online purchases understandably gets the most attention. That's also why state sales tax collection laws generally are called Amazon Taxes.

The tax laws, however, apply to all online retailers with a presence in those 26 states.

And that number will hit 27 on Jan. 1, 2016, when South Carolina residents will have to start paying sales tax on their online purchases.

Sales tax legislation effort continues: If your state hasn't yet enacted an Amazon Tax, enjoy your online shopping this holiday season and as long as you can. More states are likely to join the Internet sales tax list in the coming years.

Congress also might actually get its act together one day and enact some version of the Marketplace Fairness Act. This would require e-retailers to collect sales taxes in all of the states and localities where their customers are located.

Until then, keep an eye on your state legislature.

And remember, even if your state doesn't yet -- or ever -- demand collection of sales taxes from online sellers delivering product to your home, you probably owe use tax on your Internet purchases.

This makes me a bit sad! Well it can't be helped. I'm still planning to shop on Cyber Monday. I need to get gifts for my mom, dad, my sister and her family and my brothers and their families. I'm also gonna get a camera. I'm also going to buy books from Amazon and get a new Kindle too!