One Colorado county is looking to change the traditional linkage of college kids and pot. 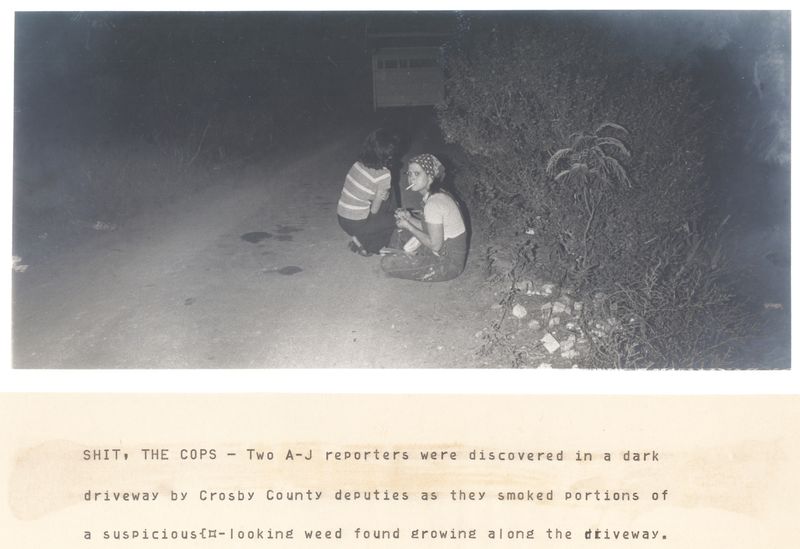 At a story/suspected crime scene in my first post-college reporter job, smoking Marlboro Lights, not marijuana!

Starting in 2017, Pueblo County high school graduates will be eligible for college scholarships funded by money from the local marijuana tax.

Wisdom thanks to weed taxes: On Nov. 3, around 60 percent of voters in this county south of Colorado Springs approved a ballot measure that will gradually increase taxes on marijuana growers. The county pot tax rate will top out at 5 percent by 2020.

Pueblo County is expected to raise $3.5 million from the higher tax rates. At least half the marijuana tax money will go toward scholarships for high school graduates to attend public colleges or universities. Depending on revenue, the program might be expanded in future years.

"The excise tax would be levied when marijuana is transferred from cultivation to a store," Pueblo County Commissioner Sal Pace said before the vote. "Pueblo County's perfect economic and weather conditions have created a boom of recreational cultivations without yet generating a tax on these grows."

My, my, my. How high times have changed since I was in college.

If the measure, which passed by a 61 percent to 39 percent margin, had failed, the average Colorado taxpayer would have received a refund of about $8. Now, however, the millions will go toward school construction and state programs.

And in the state capital, Denver voters agreed to a similar keep-or-refund local ballot measure. Voters there, 81 percent to 19 percent, said the Mile High City can keep its pot taxes rather than refund them.

Ohio voters, however, said "no" to the legal sale (and taxation) of recreational marijuana of weed. That 64 percent against vote, however, was seen more as a rejection of the structure of the proposed pot sales system than of the idea of some legal marijuana in the Buckeye State.

Elsewhere in tax votes on Nov. 3:

Did your state or local government have a tax question on the last election's ballot? If so, let us know in the comments what it was and how it fared.