Some in GOP question Ryan's conservative commitment; others say he serves the party best as tax-writing chair

Ways and Means Committee Chairman Rep. Paul Ryan (R-Wisc.) is still contemplating whether he wants to be Speaker of the House. 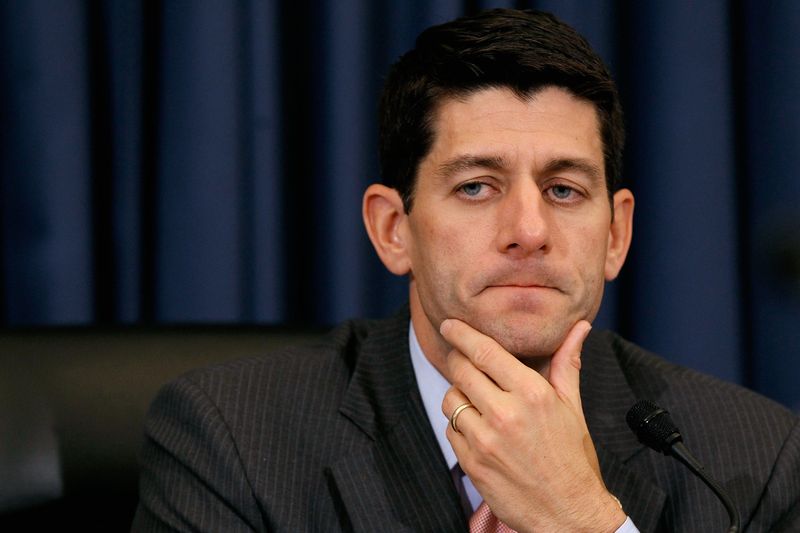 Meanwhile, opposition to what some had seen as the consensus candidate is growing.

Looking for less power in Speaker: Some in the self-named Freedom Caucus, a group of conservative Republicans who have chipped away at what they see as establishment members of the GOP, including those in Congressional leadership posts, are not sold on Ryan as Speaker.

Rep. Jim Jordan (R-Ohio), the founder of the House Freedom Caucus, told Fox News last week that he viewed Ryan as a friend. But, said Jordan, whoever the new House Speaker is, that person must agree to decentralizing power.

"This place has got to change," said Jordan, who sits on the Judiciary and the Oversight and Government Reform committees. "The American people, 60 percent of our voters, think we have betrayed them, not disappointed, not slightly off track. We've betrayed them. We need a shake-up now."

Hmmm. With friends like that, I can see why Ryan is taking his time.

Ryan's right role is as tax chief: Meanwhile, another Republican says Ryan can better serve the conservative cause by continuing to head the tax-writing Ways and Means Committee.

In a letter sent today to his GOP colleagues, Rep. David Jolly (R-Fla.) urges his GOP colleagues not to push Ryan to run for Speaker. Rather, let his continue his efforts to "revamp our nation's tax code, reduce the federal debt and get the nation's books in order."

Some have said Ryan is needed because he has experience as the 2012 Republican vice presidential nominee. That, Ryan advocates say, makes him more suited to be the face of the GOP.

But, argues Jolly, the House Speaker does not need to be the face of the Republican Party heading into a presidential election. The eventual GOP nominee will represent the party on the national stage.

As for the Speaker's role, Jolly says:

"We need a Speaker committed to rebuilding the greatness of our institution through legislative leadership, a Speaker who cares less for the limelight and more the talent of every thought leader in our conference."

Webster is conservative pick: The person Jolly believes will do that is his fellow Floridian, Rep. Dan Webster.

Webster is a favorite of many GOP conservatives. He also served as Speaker of the Florida House before being elected to Congress.

Will Jolly's letter persuade his fellow Representatives to leave Ryan alone? Will it have any effect on Ryan's decision?

And will the Freedom Caucus, which some have criticized for what they see as holding the GOP and Congress hostage to ideological purity, sign on Ryan if he decides he wants the leadership role?

We should find out this week.