Did you watch the wannabe Democratic presidential nominees debate last night? Good for you. And good for America.

Although the first Democratic debate drew less than half the audience of the last Republican one, the more than 15 million CNN viewers who tuned in to see Hillary Clinton et al is a record debate viewership for the Democratic Party. 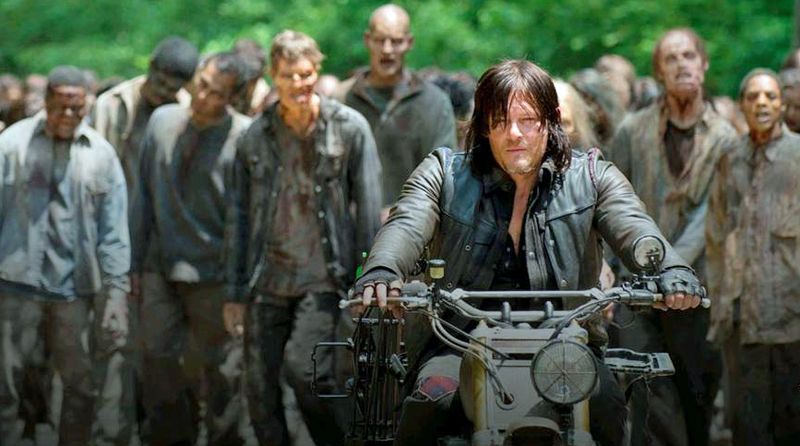 The Walking Dead fan favorite Daryl Dixon leads a horde of zombies away from our heroes' community. Photo courtesy AMC.

AMC's monster hit The Walking Dead drew 14.6 million viewers for its sixth season premiere on Sunday. Full disclosure: I was one of them; I've been a big fan since day one.

That number was down from the show's season debut last year, but still a strong showing. Plus, the numbers could rise when delayed viewing is factored in.

No DVRs, but serious viewers: The presidential nominee debates aren't likely to get any bump from policy wonks rewatching on their DVRs, but that's OK.

I'm pleasantly surprised by the viewership of both political parties' debates. It's encouraging to see so many people tuning in to hear potential U.S. leaders discuss topics that are real and scarier than a Zombie Apocalypse.

Viewership of the first two Republican debates on Fox News and CNN actually was larger than The Walking Dead's 17 million viewers for last year's season opener.

Of course, those GOP events did have a quasi-reality show star on the stage.