This is truly an October surprise. The persistent partisan gridlock on Capitol Hill has been broken, at least when it comes to the country's key financial needs.

The House and President Obama announced yesterday, Oct. 27, that they had agreed on the country's overall budgets for the 2016 and 2017 fiscal years and extend the debt ceiling deadline to March 15, 2017. 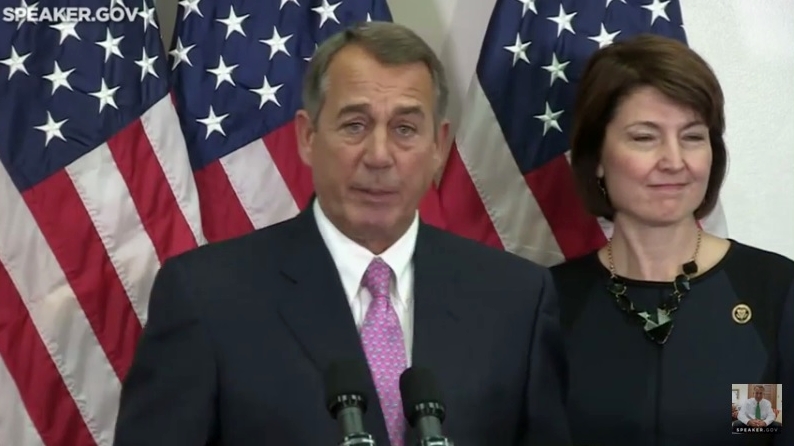 "This is a good deal. It's a solid agreement," said outgoing House Speaker John Boehner (R-Ohio) at a press conference announcing the deal. He did acknowledge, however, that some in his party are not happy. "You're going to see bricks flying from those who don't like the bipartisan agreement."

Still, the House is expected to approve the Bipartisan Budget Act of 2015, possibly as early as today. That will allow Boehner to complete his goal of "cleaning out the barn" before his resignation takes effect. Senate action could come next week.

UPDATE: The House late Wednesday, Oct. 28, afternoon approved the budget bill. The final vote was 266 to 167; all the chamber's Democrats voted for it, along with 79 Republicans.

Shutdown averted, probably: And while technically many of Uncle Sam's offices will run out of money on Dec. 11 when the latest continuing resolution expires, this bill establishes a top-line framework for expenditures through October 2017.

Now lawmakers must work within the budget guidelines to determine the actual dollars to be allotted for those federal programs.

This being D.C., there's still a potential for problems. Recent shutdown talk has been motivated by non-fiscal issues. Some Representatives and Senators have tried to use the appropriations process to achieve their preferred policy goals, such as revising/eliminating Obamacare and cutting funding for Planned Parenthood.

But with the overall numbers in place, including relaxed Budget Control Act spending caps for both defense and non-defense spending, the appropriations process this time should be smoother.

And it will be the first chance for the presumptive new House Speaker Rep. Paul Ryan (R-Wisc.) to shepherd the final touches through the House.

Although he's stated he didn't like the process used to reach the agreement, he stopped short of dismissing the bill. That might be because many have characterized it as Murray-Ryan 2.0, referring to the two-year bipartisan budget deal Ryan and Sen. Patty Murray (D-Wash.), his then-budget committee counterpart across the Hill, reached in December 2013 following that year's government shutdown.

UPDATE: Ryan was among the 79 Republicans who voted for the bill.

Paying for Uncle Sam's expenditures: So what's in the budget bill, especially in connection with taxes?

The agreement would raise spending by $80 billion over two years. (There's also a separate $32 billion increase included in an emergency war fund.) So exactly where, tax-wise, do these millions come from?

As Congress is wont to do, most of money will come from assorted revenue increases and spending cuts that don't take effect for several more years, after many of those who worked out and agreed to the deal are likely gone.

Discretionary spending in 2025, for example, will be cut $14 billion from current levels. And certain cost cuts for Medicare are extended through 2024, two years beyond the current law's date.

The budget deal also reduces subsidies on crop insurance purchased by farmers. That will save $3 billion, but is likely to upset farmers and their elected representatives.

Sale of oil from the Strategic Petroleum Reserve also is part of deal. That's projected to raise $5 billion over the next 10 years.

Large partnership audit rules eased: And the Internal Revenue Service is expected to bring in more money from large partnerships, thanks to the easing of audit rules on such entities, which include private-equity firms and hedge funds. The current law, which has been in place for 33 years, requires the IRS to audit the individual tax returns of every single partner involved in the business instead of examining the single tax filing for the business.

The budget bill change would eliminate the more complicated partnership auditing rules and let the IRS to audit the operations once, at the partnership level, without sorting through hundreds or thousands of separate partner tax returns.

The new large partnership auditing standards would increase revenue by $11.22 billion from 2016 to 2025, according to Congressional Budget Office estimates.

It's not official yet, but things are looking good that for a fiscal treat this October from Congress, albeit one based on a lot of budgetary tricks.