The Republican governor of Massachusetts has signed a petition that, if successful, would let his state's voters decide if they want to tax millionaires more.

Gov. Charlie Baker told WGBH public radio earlier this month that although he personally hasn't yet decided whether he supports a surtax on high-income taxpayers, he does believe that voters should get a say on the idea. 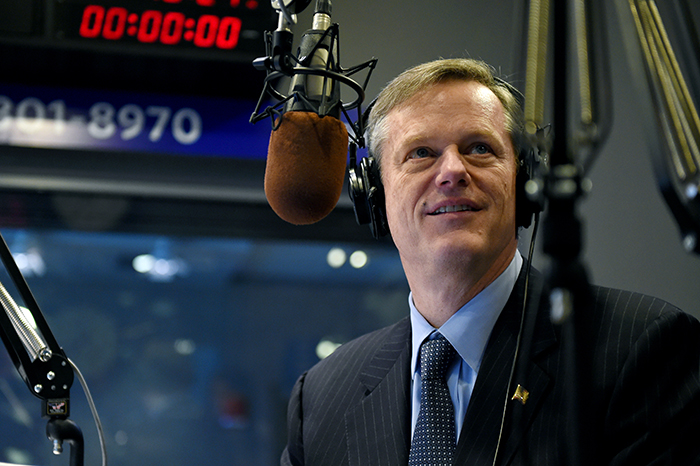 Massachusetts Gov. Charlie Baker in the WGBH studios on Oct. 15. Photo by Meredith Nierman/WGBH News. Click image to listen to the interview.

Such direct democracy efforts are becoming even more popular. As I note in my story on some key 2015 tax ballot initiatives, voters in nine states this election year will decide the fate of 28 ballot measures. There also are more initiatives at local levels.

Massachusetts millionaires safe for a while: Currently, Massachusetts imposes a flat personal income tax rate of 5.15 percent on wages and most other types of income, and a separate rate of 12 percent on income from short-term capital gains and on some types of long-term gains on the sale or exchange of collectibles. That tax rate is scheduled to drop to 5.1 percent in effective Jan. 1, 2016.

Any move to add another tax rate level for high earners would require amending Massachusetts' constitution. A millionaires' tax ballot question to authorize that change would be in 2016, with additional requirements meaning any tax law change not likely taking effect until 2019.

But Baker said he signed the petition to get the ball rolling because he believes in the process.

Massachusetts Republicans who might be dismayed that Baker's signature could indicate the GOP governor would vote to raise taxes need not worry. "You know I'm not a big tax-increase guy," he told the public radio program.

Texas tax measures on 2015 ballot: Massachusetts voters might have to wait a while for their electoral say on what taxes millionaires pay, but this year voters in nine states will decide (or already have decided) 28 ballot measures. There also are more initiatives at local levels.

The hubby and I, along with our fellow Texas voters, will determine the fate on Nov. 3 of several ballot questions, including three tax-related ones. 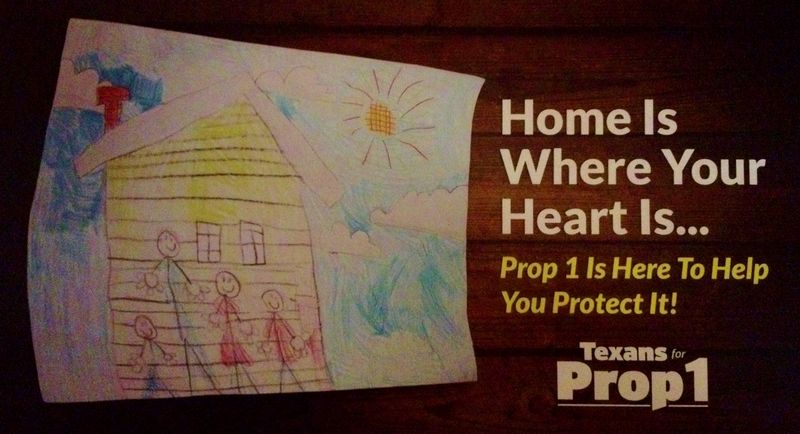 There's Proposition 1, which would increase the residential homestead property tax exemption from $15,000 to $25,000. It's getting the most attention. The flyer pictured above is just one of the many mailings (along with robocalls) we've received about this issue in the last couple of weeks.

Colorado voters to decide on pot taxes: While I'm particularly interested in the tax questions that will affect me personally, I know the ballot question that will get the most attention next week is Colorado's Proposition BB, which deals with taxes on the state's legal marijuana sales.

If Rocky Mountain voters approve, the state would keep marijuana-related tax money that exceeds its official budget estimates. Under Colorado's current Taxpayer Bill of Rights (TABOR) provisions, any excess pot tax collections now have to be refunded to residents, inhalers and nonsmokers alike.

You can read more about these tax-related ballot measures, as well as some in Maine and Washington State, in my story, which is this week's Weekly Tax Tip.

And regardless of what issues or candidates are on the ballots you'll mark next Tuesday, do your pre-polling homework and VOTE!