We love our pets. Too much so, apparently, in the case of an animal care group that was seeking nonprofit status.

In order to encourage donors to support its efforts to control domestic animal populations and prevent cruelty to animals, the owners of a pet facility planned to offer a variety of services. 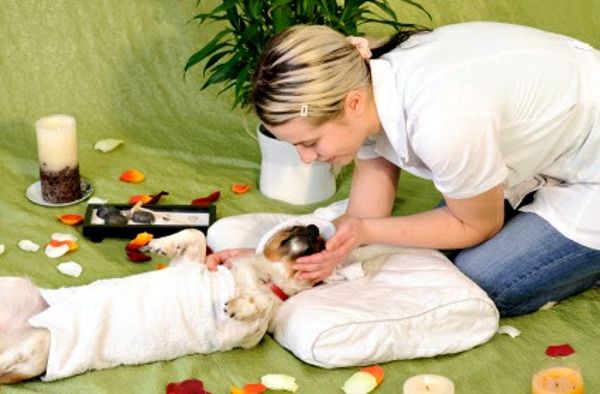 But the Internal Revenue Service decided that pet care accoutrements such as a heated spa, penthouse boarding and massages were more tailored to the promotion of a money-making business.

In changing its focus, the owners would provide public awareness on the need for spaying and neutering animals, free or reduced boarding and veterinary care (once that operation is back up and running) for stray and rescued animals, and financial support for other groups with the same goals.

But before it gets to the donation-supported point, the pet care group would continue to offer fee-based pet services.

It's some of those services that caused the tax-exempt request problems.

Standard and luxe programs: The offerings include some standard pet grooming services, such fur cuts, nail trims, ear cleanings, and bathing, as well as puppy and adult dog training classes.

But there are some more posh pet programs, too.

According to the group's website, the facility's boarding and daycare options offer background music, television, central heat and air conditioning, video surveillance, and proper staff to guest ratio. OK, nice but not extreme.

Wait. There's more. The pet center also offers penthouse suites for dogs and cats, described by the IRS as large suites each with plenty of sunlight, heated floors, and a TV and DVD player.

Then there are the fitness and spa treatments.

These include a heated spa, treadmill, and other fitness equipment for aerobic conditioning of pets, as well as strength and balance/coordination training. Pet massage also is available to help your pet relax.

And if it's Fido's or Fluffy's special day, the operation has a party hall where pet parents can host a celebration. The facility says it will even arrange for a cake and decorate the hall.

Exclusivity issues: The 501(c)(3) applicants plan to initially charge for all their services, basing the amounts on comparable animal care at similar facilities operating in the area.

The charges would be reduced for rescue animals and once donations start coming in, all the services would be provided at no cost.

Citing several prior legal cases, the IRS noted that in order to be granted 501(c)(3) status, an organization must be devoted to exempt purposes exclusively.

"This plainly means that the presence of a single non-exempt purpose, if substantial in nature, will destroy the exemption regardless of the number and importance of truly exempt purposes," wrote the IRS.

In this particular tax-exempt request, the IRS noted:

"You plan to provide public awareness on the need for spaying and neutering animals, free or reduced boarding and veterinary care for stray and rescued animals, and financial support for other like-minded organizations which are all charitable under ... the Regulations. However, these activities make up an insubstantial part of your overall activities.

Your primary activities are those which you took over from the predecessor for-profit organization and include providing pet boarding and veterinary services to the public for a fee. You have made no significant changes from the operations of the for-profit entity other than using the proceeds to educate the public on the benefit of neutering and spaying animals and providing reduced cost boarding to rescue animals."

Competition complications: Additionally, noted the IRS, in other cases it was ruled that groups did not qualify for the tax-exempt status when they were in direct competition with other, similar for-profit businesses.

That appears to be the case here.

In the application, the group noted that its fees would be based on rates charged for similar services by other facilities in the area.

The bottom line, according to the IRS, is that the applicants' pet boarding, grooming, fitness and spa services, and planned veterinary treatments are indistinguishable from similar activities of an ordinary commercial enterprise.

And that means donors can't deduct contributions to the group.

Checking out charities: Even though it fell short, the pet care group was following the rules in seeking IRS approval for tax-exempt status.

As a donor, you need to follow the charitable giving tax rules, too, so that you get the most deduction benefit from your contributions. That process stars when you are considering giving to a group.

Make sure it's on the IRS qualified list. That's the only way you can legally claim your donation on your Schedule A.

Also get a receipt. In most cases, the documentation is not necessary when you file. But if the IRS questions your deduction and you don't have sufficient substantiation, your tax break will be disallowed.