When Donald Trump finally released his tax plan on Sept. 28, he included a provision he says would encourage U.S. based-companies to companies to bring their overseas earnings -- and jobs and tax payments -- home. 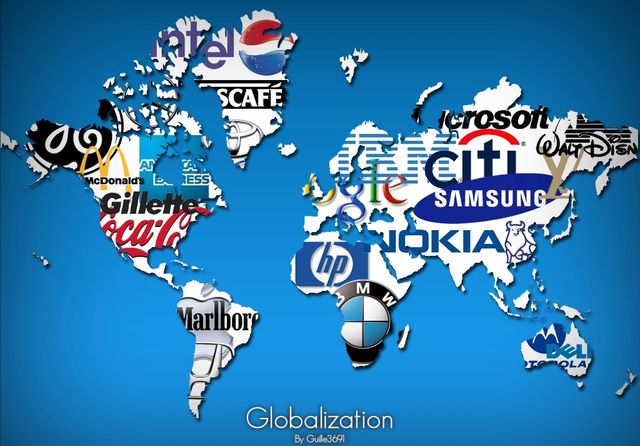 Companies nowadays operate, and pay taxes, well beyond the boundaries of the county in which they are headquartered. Image by Effervescent Me via Flickr.

Trump's proposal for a one-time repatriation of corporate cash held abroad at a discounted 10 percent tax rate is nothing new. One of his GOP presidential nominee competitors, former Florida Gov. Jeb Bush, previously released his tax plan that calls for a territorial tax system and a tax rate on offshore profits of just 8.75 percent instead of the current corporate tax rate of 35 percent.

And both of these presidential wannabes are following the lead of the last Republican Oval Office occupant.

Previous tax repatriation try: In 2004, then-President George W. Bush (and Jeb's bro) offered multinationals the opportunity to bring home up to $500 million with a one-time tax exemption of 85 percent, which cut the companies' effective tax rate to 5.25 percent.

To get that tax break 11 years ago, companies were required to invest the savings in the United States to spur economic growth.

Technically, that might have happened, but some studies found that while the 2004 corporate tax repatriation tax holiday was a boon for the U.S. Treasury, which collected on previously untaxed business earnings, it was a failure from an economic reinvestment perspective.

Rather than plow the repatriated earnings into U.S. jobs, most firms used the 2004 tax holiday money for purposes that Congress had sought to prohibit, such as repurchasing their own stock and paying bigger dividends to their shareholders.

But it's not just the GOP that's pushing another corporate tax repatriation holiday. President Barack Obama supports a version that's been included in the latest Senate proposal to fund the country's transportation projects.

This renewed repatriation interest has disturbed opponents of such a plan.

Opponents line up against repatriation holiday: The latest to voice concern about a special low and temporary tax cut for U.S.-based global companies is Americans for Tax Fairness (ATF).

The Washington, D.C.-based group that advocates for comprehensive, progressive tax reform, sent a letter to Congress on Sept. 25 and then followed up that correspondence with a meeting of Senate staff members to underscore its opposition to repatriating offshore profits of U.S. multinational corporations.

Specifically, ATF is unhappy with the proposal to offer companies a tax rate of 14 percent to bring their earnings back to the United States.

International companies already are already highly profitable and competitive under the current U.S. tax system, says ATF. Giving them a preferential tax rate on the $2.1 trillion in untaxed foreign profits "would simply exacerbate the problems of our current tax system, which encourages the export of jobs and shifting of profits to low or no tax countries and puts domestic companies at a competitive disadvantage with respect to U.S. multinationals."

The 11-page letter (which includes documentation data), signed by 24 international tax experts, focuses on concerns with the Senate's proposal to pay for a six-year funding shortfall in the Highway Trust Fund. The plan was outlined by Obama and legislatively laid out by Sens. Rob Portman (R-Ohio) and Chuck Schumer (D-N.Y.). On the House side, Ways and Means Chairman Rep. Paul Ryan (R-Wisc.) is developing a similar proposal.

Doing fine without the tax break: U.S. corporations generally have done very well in recent years, according to the AFT letter writers. They point to second quarter of 2015 profits of $1.8 trillion, which as a share of gross domestic product (GDP) comes to 9.8 percent, nearly an all-time high.

"There is no factual basis for the assertion that U.S. multinationals cannot compete globally because of the U.S. tax system," write the ATF tax repatriation opponents. "The effective tax rates on their worldwide income, including U.S. taxes, are typically far below the 35% statutory rate – at one-half the 35% rate or even less, according to some estimates. In sum, U.S. multinationals are unquestionably the world's leaders in global tax-avoidance strategies, relying on profit shifting to foreign tax havens and other tax-avoidance strategies."

The repatriation tax rate cut will get more attention in the coming weeks as the Senate and House hash out a plan to refuel the Highway Trust Fund. Current money for the source of transportation construction and repairs runs out on Oct. 29.

Trump's tax rehash: The repatriation holiday is just one part of The Donald's tax plan that is nothing new, as I noted last week at my other tax blog.

OK. A zero percent tax rate for millions of earners is new. As is the form these nontaxpayers will file, simply telling the Internal Revenue Service, "I win."

But lowering the tax rates, especially for higher income taxpayers, is a straight out of the Republican tax cut handbook. So is the call, made by Democrats, too, to pay for the lower taxes by closing loopholes.

Even Trump's blasting of the lower tax capital gains rates paid by hedge fund managers, the so-called carried interest, is not new. We went through this during Mitt Romney's White House run in 2012.

Tax-free pot, too: Also last week over at Bankrate Taxes Blog, I looked at the third state to legalize recreational use of small amounts of marijuana. That state is Oregon, but it's also taking a slightly different tax track as it rolls out legal pot.

Sales of marijuana in the Beaver State will be tax free until Jan. 5, 2016.

My other tax thoughts usually are posted at Bankrate on Tuesdays and Thursdays, although last week Trump's Monday announcement meant I blogged there a day earlier.

Regardless of when my Bankrate tax thoughts are posted, if you happen to miss them there, you'll find a review and links here at the ol' blog the following weekend.