Donald Trump was among the millions of taxpayers who sent their 1040s to the Internal Revenue Service on Oct. 15.

He even shared some photos of him signing his tax return on Twitter. 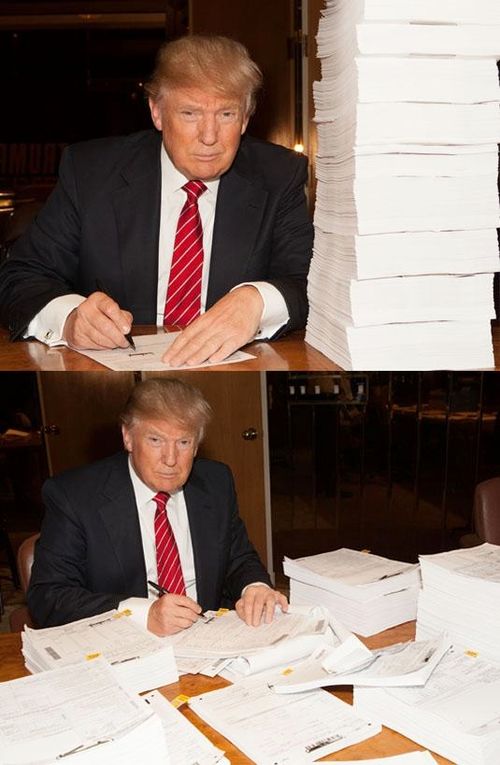 Trump's implication, of course, is that the ginormous stack of apparent tax paperwork in his photos will be negated under his 'amazing' tax reform plan.

Ran Paul's retort: One of the Republicans chasing Trump in the GOP presidential nomination race, however, didn't imply anything. Sen. Rand Paul of Kentucky used The Donald's tweet to tout his own flat tax simplification proposal. 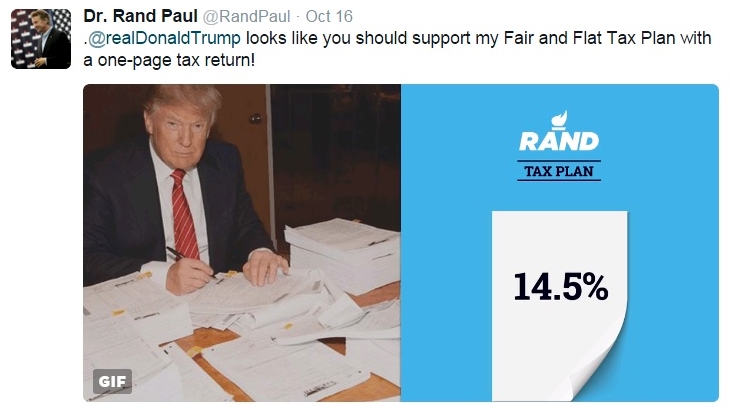 The direct approach is nothing new for Paul, who also has literally attacked Internal Revenue Code representations with a rifle and other weapons.

Bush reveals 34th tax return: Meanwhile, as Trump was filing his 2014 tax return and Paul was trying to get some publicity of his own from it, another Republican White House wannabe, Jeb Bush, was releasing copies of his past year's filing.

In keeping with his previous 33 years of tax returns that he revealed this summer, Jeb once again made a lot of money (more than $8 million) and paid a lot tax (more than $3 million) at a high rate (39.8 percent).

I wonder if Paul sent Bush a tax note, too.