After reviewing how the Internal Revenue Service mishandled tax-exempt requests of Tea Party and other groups, the Department of Justice (DoJ) determined that poor management is not necessarily a crime. 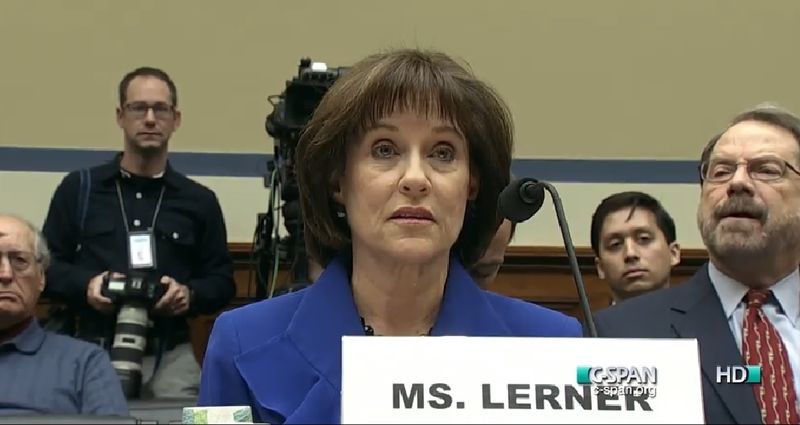 Lois Lerner, the former IRS executive who's been the target of many Congressional investigations won't face any criminal charges in the Tea Party tax exempt applications scandal.

I can attest to that. If that were the case, then I've worked for some places where casual Friday attire would have been orange jumpsuits. No names.

Arduous, inept process: In case you've forgotten, back in 2013 the Treasury Inspector General for Tax Administration (TIGTA) investigated whether the IRS improperly screened applications for 501(c)(4) tax-exempt status based on applying groups' names and apparent political leanings. TIGTA's report issued in May of that year was that, yes, mistakes were made.

The IRS did indeed create screening criteria that focused on conservative groups in general and the Tea Party in particular, reported TIGTA. Later analyses revealed that progressive groups also had their applications scrutinized, too, although to a lesser degree.

"Our investigation uncovered substantial evidence of mismanagement, poor judgment and institutional inertia, leading to the belief by many tax-exempt applicants that the IRS targeted them based on their political viewpoints," Assistant Attorney General Peter Kadzik wrote to the Chairman and Ranking Member of the House Judiciary Committee. "But poor management is not a crime."

The DoJ decision was announced Friday, Oct. 23, or on Day 897 of the scandal, per the record keeping of Paul Caron at the TaxProf blog. I'm trusting the Pepperdine law prof's tally, and awarding 897 this week's By the Numbers honor.

New ruling, same results: This was the latest disappointment for those who were hoping that federal law officers would file criminal charges in connection with the IRS-Tea Party scandal.

The DoJ decided in April not to pursue contempt of Congress charges against former IRS executive Lois Lerner. Lerner headed the agency's tax exempt unit when the 501(c)(4) application scandal broke. During the investigation, she twice invoked her Fifth Amendment right against self-incrimination in refusing to answer questions from the House Oversight and Government Reform Committee. She resigned from the IRS in September 2013.

And back in 2014, the Federal Bureau of Investigation decided not to file criminal charges in the 501(c)(4) scandal.

GOP upset with decision: So will this latest DoJ determination that there was no crime committed put an end to the matter? No way.

Republicans, who are in control of both the House and Senate, were expectedly disappointed.

Rep. Darrell Issa (R-Calif) was chairman of the House Oversight Committee during the height of the IRS-Tea Party investigations. He called Justice's decision to close the IRS targeting investigation without any criminal charges "a low point of accountability in an Administration that is better known for punishing whistleblowers than the abuse and misconduct they expose."

"After stating that their investigation confirms that Tea Party and conservative groups were improperly targeted, they dismiss it merely as a byproduct of gross mismanagement and incompetence, ignoring volumes of evidence in the public record and efforts to obstruct legitimate inquires," said Issa.

The sentiment was the same on the Senate side.

"The lack of accountability for the targeting scandal will hit a lot of Americans as plain wrong," said Sen. Chuck Grassley (R-Iowa), chairman of the Senate Judiciary Committee and member (and former chair) of the Finance Committee.

"Anybody who deals with the IRS is entitled to the expectation that IRS employees respect taxpayer rights, and that those employees are well aware of those rights," said Grassley. "None of that was true in the targeting scandal, yet the responsible IRS employees, including Lois Lerner and her bosses, were allowed to move on. Where was the IRS commissioner while the agency was treating conservative groups so poorly?"

Expect more IRS inquiry: Grassley's comment brought up the scandal's latest avenue of attack. Many Representatives and Senators have called for the firing of IRS Commissioner John Koskinen, who's frequently sparred with the GOP during Capitol Hill hearings.

There's also the possibility that some of Lerner's still lost/missing emails might show up and offer a new avenue of investigation.

Plus, we're in the midst of an already combative election cycle. Beating up on the nation's tax collector is a sure-fire way to energize voters.