Uncle Sam just closed out the 2015 fiscal year with a bang.

Taxpayers handed over almost $3.25 trillion in taxes by the Sept. 30 closing of the U.S. Treasury's 2015 books. That, according to the Treasury Department's September report issued last week, was $228 billion higher than the total receipts in fiscal year 2014. 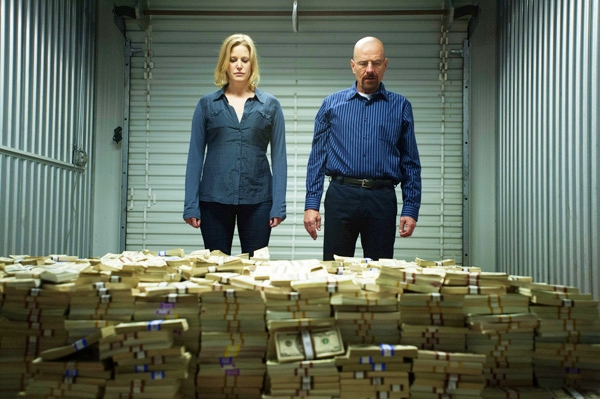 Skylar and Walter White stare in amazement at the amount of money their illicit meth-making business took in on AMC's Breaking Bad. But it wasn't as much as the taxes collected by Uncle Sam in fiscal 2015.

The fiscal 2015 tax collection mark was an increase of 8 percent over the federal government's previous operating year.

In addition to being an astronomical number, that trillion dollar figure earns this week's By the Numbers honor.