Tax evasion is a global problem. Around the world, countries are struggling to make sure that their citizens are paying the taxes they owe.

Here in the United States, we try both the stick (audits and even criminal prosecution in some cases) and the carrot (tax breaks) to encourage compliance.

The Internal Revenue Service has sweetened the tax reporting pot, especially for those who are hiding their funds in out-of-country accounts. 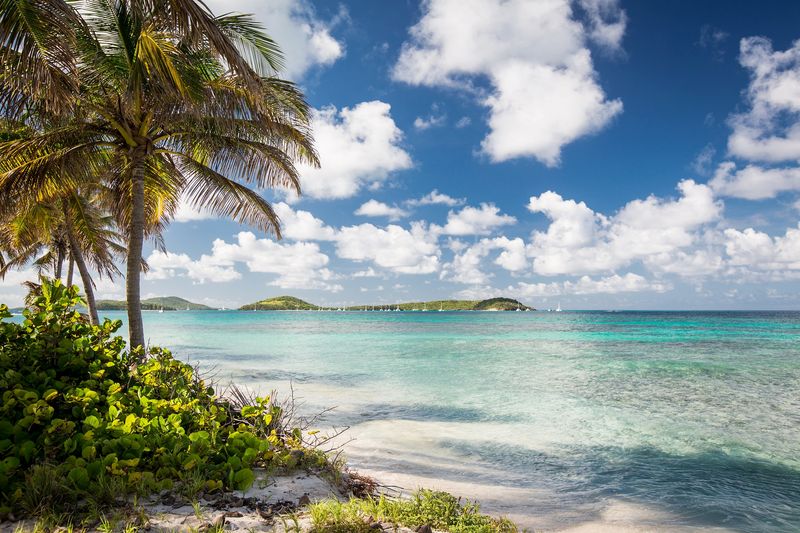 While many tax havens are in tropical locales, you can find places to hide money from the tax man all over the world. For some, the United States is a tax haven. Photo by Christian Lendl via Flickr.

The IRS began a variety of voluntary disclosure and compliance programs in 2009 to track down and collect from these so-called offshore accounts. Since then, more than 54,000 taxpayers have taken advantage of the opportunity to 'fess up about foreign accounts and pay taxes on the money.

The dollar result over those six years has been an additional $8 billion for the U.S. Treasury.

From a worldwide perspective, however, the U.S. tax haven effort is just a drop in the bucket.

Global tax losses: University of California at Berkeley economist Gabriel Zucman estimates that while the United States loses around $200 billion in taxes a year because of money hidden in offshore accounts, globally there is $7 trillion in uncollected taxes annually due to personal wealth stashed in tax havens abroad.

While unpaid taxes are a major concern of countries struggling to meet their citizens' needs, that's just one part of the tax evasion calculation.

Costs beyond lost dollars: During a recent appearance on the NPR program On Point with Tom Ashbrook, Zucman discussed what he sees at the three distinct costs of tax evasion.

First, there's the aforementioned cost to treasuries of unpaid taxes. And Zucman's sizable estimates of uncollected revenue is based only on individual taxes, not the additional trillions that Fortune 500 multinationals stash abroad in tax havens.

Second, there's the cost in higher taxes that are enacted on those who do pay their taxes to make up for the tax evaders' missing amounts. There's also the cost in reduced services because there's not enough tax money to pay for them. Either way, taxpayers pay.

Third, there's the cost to the social compact. When some folks refuse to pay their taxes, it breaks down the agreement governments make with their citizens. Some of us who are paying all our taxes start to think "why am I being a tax chump?" Eventually, some of us will decide to join the nonpaying contingent.

Earlier this month the Organization for Economic Cooperation and Development (OECD), which was given the task of rewriting the global tax standards rule book for corporations, issued a new package of changes that should help governments get back between $100 billion and $240 billion in lost revenue each year.

The new rules, which are set to be adopted by leaders of the Group of 20 largest economies, are the most comprehensive overhaul of global tax rules in decades. The OECD says the changes will close off many profit shifting avenues, the legal structures that companies adopt and practices used to record their profits in the lowest tax jurisdictions.

Tracking down tax evaders: While the rules change won't hurt, countries are continuing their crusades against those who just won't pay their taxes.

Last week at my other tax blog, I looked at the countries that are the most aggressive in tracking down tax cheats.

No, the United States did not make the top 10 list of nations that are the toughest on tax evaders. Not to spoil that blog's information, but here's a hint. Habla español?

Also over at Bankrate Taxes Blog last week, I blogged about the guilty plea by the ID thief who victimized the NSA's former chief.

My additional tax thoughts at Bankrate usually are posted on Tuesdays and Thursdays. If you miss them there and then, check here at the ol' blog over the weekend (sometimes sooner than today!) for highlights and links.

Joni, I think the previous/next blog post links issue has been resolved. As you start to scroll down a post, arrows on either side of the copy should appear letting you go forward or back in the blog. Thanks again for reading. Kay

Thanks, Joni, for reading and especially for the kind words and the good suggestion about the new design.

I noticed that, too, and am working to get the old option back on the blog. Until then, you also can scroll down to the bottom and click on the calendar date before or after the particular post you're viewing to go to the next or previous day's entry(ies).

I know,not ideal. But again, working on it.
Kay

Hi! I like the new blog format, but there is no longer the ability to easily get to the next or previous post from a particular post, you have to go back to the home page every time, unless I'm missing something... Just a note that you might want to fix that, it was very convenient.
Thanks!