Computer hackers have taken over, in popular culture as well as in real-life situations adversely affecting the lives of millions of individuals.

And we're all paying the price. 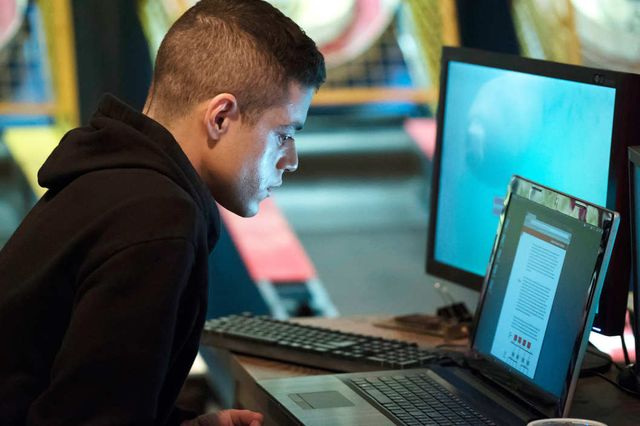 The latest case in point is Uncle Sam's decision to pay more than $133 million to provide identity theft protection services to the 21.5 million people whose personal information was stolen in the hack of the Office of Personnel Management.

More ID theft help for OPM victims: The contract, negotiated by the OPM and the Defense Department with Identity Theft Guard Solutions LLC, covers the first of three years of ID theft protection OPM has promised.

Exercising the contract option for the additional two years of coverage will bring the total cost to $329.8 million. The Pentagon will cover most of the contract cost.

This new ID protection agreement comes on the heels of the June deal in which the federal government paid about $20 million to offer 18 months of protection services from CSID to the 4.2 million current and former federal employees, including me, whose data was compromised by the OPM data breach.

Letters have already been sent to the original 4-plus million individuals who are getting free CSID services. OPM and DoD say letters to the additional millions who will receive ID Experts protection will start going out at the end of September.

Tax-free ID theft protection: The good news, as the Internal Revenue Service announced earlier, is that folks who get the free identity theft protection services won't face any tax consequences.

The bad news is that they still have to worry about the prospect that their lives could be upended by crooks.

"Millions of individuals, through no fault of their own, had their personal information stolen and we're committed to standing by them, supporting them, and protecting them against further victimization," said Beth Cobert, Acting Director of the Office of Personnel Management in announcing the latest identity theft services contract.

"And as someone whose own information was stolen," added Cobert, "I completely understand the concern and frustration people are feeling."

Oversight chair is tax ID theft victim: Someone else who knows the emotional toll of having his identity stolen is Rep. Jason Chaffetz.

The stolen identity problems for the Republican U.S. Representative from Utah, however, don't appear to come from the OPM hack. Chaffetz was, like millions of others, simply the victim of tax identity thieves.

As I noted in today's post at Bankrate Taxes Blog, Chaffetz learned earlier this year that he was a tax ID theft victim when he tried to e-file his tax return. He was informed that a 1040 with his name and Social Security number already had been sent to the IRS.

Chaffetz's situation is not unusual, but is it proof that the tax gods have a wickedly ironic sense of humor.

Chaffetz is chairman of the House Oversight and Government Reform Committee. In that post, he's been a thorn in the IRS' side about, among other things, how it deals with taxpayer identity theft.

His overall dissatisfaction with the federal tax collection agency has led him to call for the firing of IRS Commissioner John Koskinen.

One person, one critical vote: Also last this week at my other tax blog, I looked at a proposed tax hike vote in one Missouri city that truly depended on one vote.

Businesses in a Columbia, Missouri, community improvement district, or CID, wanted to raise their sales tax by half a cent. They thought the CID was set up so that they could vote.

However, just before they were to vote, officials found that a lone individual lived in the CID. And state law says that individuals -- or in this case, one individual -- get final say on tax changes. If the resident wasn't there, which is what designers of the CID had planned, then the business owners would have been able to vote.

Rather than risking that the single resident would nix the tax hike, the CID canceled the sales tax vote.

Remember this story the next time you think about not going to the polls, be it for a local, state or national election. Every. Vote. Does. Count.

I usually post my other tax thoughts over at Bankrate on Tuesdays and Thursdays and then blog about them the following weekend. But the news of Uncle Sam's latest identity theft protection services contract caught my eye today -- plus, I'm still reeling from the season finale of Mr. Robot and wanted to use that photo -- so I'm sharing my other blogs' items early.

As a bonus, that means you and I will have a little more tax-free time during the upcoming long Labor Day weekend!