Trump's 'amazing' tax plan zeroes out taxes for some

The Donald sure knows how to sell, that's for sure.

As part of Trump's just-released tax plan, in April some taxpayers won't owe the Internal Revenue Service a red cent. But they still will get to send in a form, one that simply says, "I win!" 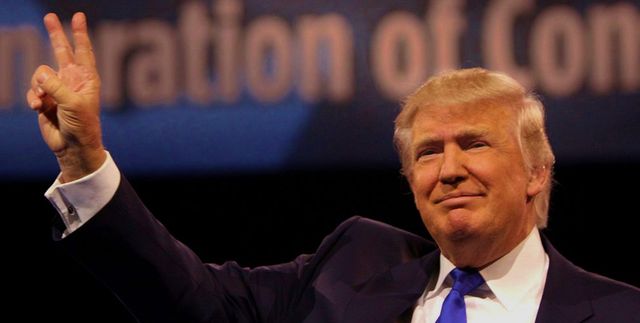 What person wouldn't welcome no taxes and an in-your-face message to the hated IRS?

Well, some sane people who question whether, despite Trump's promises, that his repackaging of a trickle-down tax system will work might have their doubts. But The Donald hasn't ever let the haters-gonna-hate crowd stop him.

Zero tax bracket: The no-tax winners in Trump's plan are folks who are single and earn less than $25,000; married and jointly earn less than $50,000; and heads of households making adjusted gross income of $37,500 or less.

The rest of us will owe taxes at rates of 10, 20 or 25 percent instead of the current seven brackets that top out at 39.6 percent.

Dropping deductions: The Republican presidential nominee front-runner also plans to eliminate a lot of tax deductions, phasing them out much like the current itemized reductions for higher earners who fill out Schedule A forms.

But those in Trump's top 25 percent bracket will keep fewer deductions.

Mortgage, charity write-offs safe: I can hear homeowners and charities screaming over the Internet as I type. Don't worry. Even The Donald isn't brash enough to ax two of the most popular tax breaks.

He says the deductions for charitable giving and mortgage interest will remain in his "amazing" tax code just as they currently exist.

You can read more directly from The Donald at his campaign's Web page touting his tax plan.

More to come: I'm running errands with my mom today, and she's graciously given me a few minutes to post this down-and-dirty overview of Trump's tax plan. Moms are like that. Aren't they, as Trump would say, spectacular?

But I'll be talking more about The Donald's tax ideas later here at the ol' blog, as well as at Bankrate Taxes Blog.

UPDATE: My look at The Donald's not so new tax ideas is posted at Bankrate.

Good distinction, David. I'm presuming that the rates apply to taxable income, which is even less than AGI since that's the way the current tax code is set up. It would make Trump's tax brackets more directly comparable to the system we now use. Kay

I know that no one knows exactly right now but in your opinion do these brackets that Mr. Trump are proposing refer to Gross Income or AGI. I am just a few bucks over 50,000 Gross annually. But my AGI is well under that with my itemizing deductions. Just trying to figure out if I am going to pay more or not pay any at all. Thanks for your time.