I am so jazzed for tonight. Tom Brady Deflators New England Patriots vs. Pittsburgh Steelers. Football is finally here! 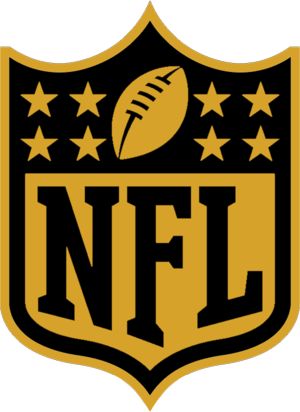 I know, college games started last weekend, but I'm not a big fan of any college sport. I always feel a little guilty yelling at ostensible student athletes.

But I have no qualms unloading on the highly-paid pros. They're getting very good money to deal with my verbal admonishments, even though they can't hear them through my TV (yet).

I've been getting ready for the kickoff of the NFL's golden Super Bowl season by stocking up on throat lozenges, reading a lot of online articles, checking my Dallas Cowboys phone app multiple times a day and watching way too much of the NFL Network.

My NFL fixation, however, has one downside.

I am already sooooooo sick of the fantasy football ads, specifically the hawking of Draft Kings.

Part of it is that the dang commercial runs twice in every program break. Or so it seems.

It has also seeped into my online gridiron surfing. 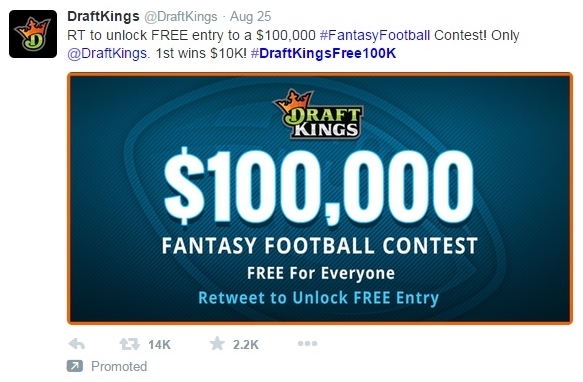 But another reason I've had it with Draft Kings is that I'm not a fantasy sports player. Being part of a fantasy league ruins the game for me.

Competing real and fantasy fan loyalties: The problem is that I always seem to end up with a player who's on a team I hate. As long-time (or even newer) readers know, I am a Cowboys fan. I had no choice. I'm a native Texan and the 'Boys showed up just about the time I was old enough -- age 4 -- to understand the game.

Plus, my parents, especially my mother, was a big football fan who also immediately embraced this new group of Lone-Star-spangled Dallas athletes.

Since the expansion Cowboys weren't on television much (at all) back then (really!), Mom, my brother and I (Dad usually was at work or napping after coming in from a night shift) listened to the games on radio, often sitting in our car in the driveway because reception was better there than in our small totally cinder block house.

All y'all know the tales about photos of Jesus, President Kennedy and Martin Luther King being featured prominently in some homes. In our West Texas abode, the pictorial triumvirate was Jesus, Tom Landry and Roger Staubach.

This rambling reminiscing is my way of saying that the few times I was in a fake football league and I got a player from, say, the New York Giants, or worse, the Philadelphia Eagles, or worst, the Washington Deadskins, it ruined the fantasy game for me. I just couldn't root for players on those hated NFC East rivals to do well even if it meant my fantasy team would prosper. So I quit playing fantasy football.

Exploding fantasy fan base: I am in a very small minority. It seems like more people enjoy fantasy sports leagues than they do the real things.

There is a professional organization, the Fantasy Sports Trade Association. And fantasy football alone has become a $3.6 billion industry in which the average devotee spends at least nine hours a week with his or her fake team.

Real-life sports leagues love them, too, with the growth of the make-believe teams leading to more people watching more games.

While they're not the traditional sports fans rooting for their hometown teams, they're at least paying attention to the actual on-field guys. That pushes up the TV and Internet ratings that help determine how much broadcasters are willing to pay leagues for airwave, cable and online rights.

Making money on fantasy teams: And then there is the money for the fantasy league players.

Fantasy sports' popularity rests in large part on the fact that some of the leagues can be quite profitable. There is, of course, the continually touted Draft Kings payout. But participants in other fake sports leagues also are doing fine.

In fact, in some cases fantasy sports are turning man (and woman) cave dwellers into millionaires.

Fantasy money means real taxes: That outcome makes the Internal Revenue Service a big fan of the fake sports, too.

While following your fantasy team players might seem like just a game, when you collect money for their touchdowns and pass receptions and running yardage totals, it's taxable income. Typically, the money you get each football season from your fantasy league efforts falls into the hobby, rather than gambling, income category.

If you didn't know of the potential tax consequences when you set up your fake team, you learned it the next year when you got a tax statement. Operators of reputable fantasy sports leagues send their winning fake team owners 1099 forms detailing their earnings. The IRS will get a copy of these documents, too.

What if you're just not that good of a fantasy general manager and didn't make enough to trigger the third-party tax reporting document, which generally is $600? You still need to tell the IRS about your lesser amount when your file your taxes.

However much or little you get from playing fantasy football, you need to enter the amount as additional income on line 21 of the long version of Form 1040.

Deducting fantasy sports expenses: You might, however, be able to reduce that taxable amount.

As with any other hobby, you might be able to claim fantasy league deductions. There are, of course, certain rules you must follow to get these tax breaks.

First, you must itemize your deductions rather than claim the standard deduction. You'll claim your fantasy sports expenses, such as the league's entrance fee, as miscellaneous expenses on Schedule A.

Next, your total miscellaneous expenses amount must be more than 2 percent of your adjusted gross income before it's of any tax value.

And you can only claim fantasy sports related expenses up to your winnings. Basically, you cannot claim a loss on your fake sports hobby.

The tax matters of fantasy sports mean that you need to keep good records of your winnings and fees from every league of which you are a part.

The tax considerations of fantasy football might not be fun, but they are necessary, and in your very real, not fake, life. Just consider them as part of your overall duties as a fantasy team owner, GM and coach.