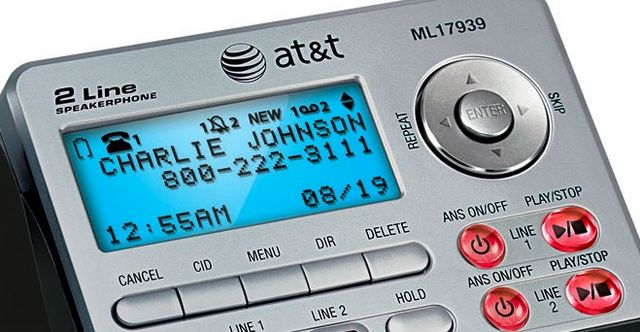 In case you're not familiar with phone spoofing, it basically allows the caller's telephone number to appear to be another number on the recipient's caller ID screen. Email addresses also are spoofed by con artists trying to convince recipients that the electronic messages are from reliable sources.

"The term [spoofing]," says Wikipedia, "is commonly used to describe situations in which the motivation is considered malicious by the speaker or writer."

New tax trick numbers: In the tax scam case, the technological tweak allows the crooks to get around the display of "blocked" or "unknown" caller.

The spoofed phone numbers make it appear that the calls are coming from legitimate organizations, meaning the victims will pick up their phones and likely be more susceptible to the criminal pitch.

Caller ID spoofing is showing up frequently enough in the tax telephone scam in Rhode Island that the state's top law enforcement officer has issued a warning.

Rhode Island Attorney General Peter F. Kilmartin noted in a Sept. 3 press release that his office had received a spike in consumer complaints about this twist in the phone tax scam.

Same old tax scam: The basics of the scam, which the IRS says is the largest it's ever encountered, remain the same.

Crooks call taxpayers, telling them they owe back taxes and demanding that the victim pay the money immediately with a preloaded debit card or wire transfer.

If the taxpayers don't do as instructed, the criminal caller threatens the victims with arrest, deportation or suspension of a business or driver's license.

The crooks use many methods to convince the call recipient that the caller is a real IRS agent, such as providing fake IRS badge numbers and sending follow-up bogus emails to reinforce the call.

"When threatened with being sued or thrown in jail for owing back taxes, most people tend to pay what they are told they owe, and scam artists prey on people's good nature to want to do the right thing," said Kilmartin.

Tax identity theft do's: But the scam doesn't work if no one answers the phone. So now the crooks are using spoofing software or prepaid cell phones to make it look on caller ID that the IRS is calling.

Kilmartin is hoping that by getting the word out about the new tax scam wrinkle, there will be fewer Rhode Island victims. I'm hoping that by posting it here, that also will mean fewer folks everywhere will fall prey to the scam.

If phone spoofing causes you to pick up one of these tax scam calls, there are a couple of things you can do.

Then inform the Treasury Inspector General for Tax Administration about the scam by calling toll-free 1-800-366-4484 or by going to the special TIGTA website to report IRS impersonation scams.

Tax ID theft don'ts: And here are some things not to do.

Do not wire money to a person or company you don't know.

And never, ever, ever provide any bank account or other personal or financial information to a person or company that you don't know.

You can always check the phone number on sites like CheckWhoCalled.com before you answer the phone to see if there is any information about person calling.

I think most people have been aware of how these IRS scammers work. Yeah, they always use similar tricks in every of their action. They keep calling us whatever we have tried to stop them. I even found some reports filed at https://www.callercenter.com/253-843-6238.html just yesterday. Fortunately, most of people able to avoid falling victim to them.