Every state collects some type of tax. That means some taxpayers in all states end up in tax trouble.

And to help residents out of those tax predicaments, and simultaneously add missing money to state treasuries, they offer tax amnesties. 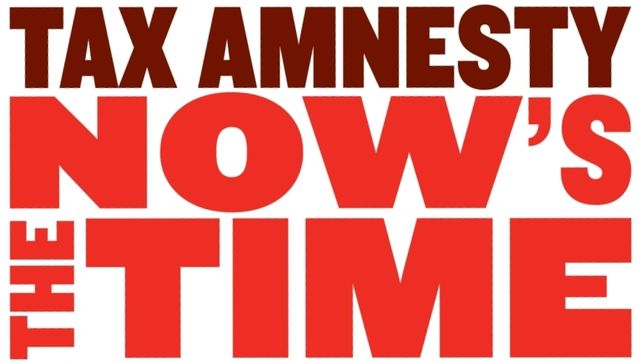 While many folks who pay taxes in full and on time view tax amnesties as unfair, tax collectors are more pragmatic.

In order to get the owed tax money sooner and without costly enforcement actions, states (and often municipalities and/or counties) offer their residents a chance to pay their overdue taxes and avoid penalties and interest.

Six states kicked off tax forgiveness periods this month. Here are the details on how delinquent taxpayers can resolve their delinquent tax bills at reduced or no penalty rates.

Arizona
The Grand Canyon State's amnesty, or as the state officially calls it, Tax Recovery period, started Sept. 1 and runs through Oct. 31. However, since Oct. 31 falls on a Saturday, amnesty applications and returns must be received and paid in full by Monday, Nov. 2.

Arizona's amnesty allows those who live, work, or do business in Arizona to pay any back taxes owed to the state. It applies to tax periods ending before Jan. 1, 2014.

When the overdue taxes are paid, Arizona won't assess any penalty or interest charges. Neither will it initiate any tax-related criminal prosecution.

It covers unpaid taxes for periods ending before Jan. 1, 2013.

During the amnesty, all eligible Indiana individual and business taxpayers who make full payment of delinquent taxes will not face any penalties, interest, or collection fees for eligible liabilities.

Indiana also will release tax liens that have been imposed on existing liabilities, and the state won't seek civil or criminal prosecution against the taxpayers.

The qualifying tax liabilities are those that were due and unpaid for tax periods ending on or before Dec. 31, 2013.

When the delinquent taxes are paid in full during the amnesty period, Kansas taxpayers will not face any penalties and interest.

Eligible taxpayers who pay up during the amnesty will not face any civil penalties (except for previously assessed fraud penalties) and the Maryland tax office will waive one half of the interest due on the delinquent taxes.

Maryland, however, does have its limits when it comes to repeat tax scofflaws. Taxpayers who who were granted amnesty in the state's 2001 or 2009 forgiveness periods are not eligible for the 2015 program.

Missouri
The Show Me State's amnesty started Sept. 1 and runs through Nov. 30.

When the delinquent taxes are paid, Missouri taxpayers won't owe any interest or penalties on the amounts.

Oklahoma
The Sooner State's amnesty, or Pay Right OK (PRO) as it's officially called, started Sept. 14 and runs through Nov. 13.

It covers taxes due and payable for tax periods ending before Jan. 1, 2015.

During the amnesty period, if a delinquent taxpayer remits the owed taxes, Oklahoma will abate all interest, penalties, collection fees (other than collection agency fees) and costs associated with the tax paid. The state also will not undertake any litigation in connection with the delinquent taxes.

Other limits, state rules
Finally, in most state amnesty situations, if you're already under audit, at either the state or federal level, you can't put an end to the tax examiner's questions by participating in the amnesty.

The same rule typically applies if you're under criminal investigation or a party to any pending civil or criminal litigation, again state or federal.

Check with your state's tax department for additional details and limitations on each jurisdiction's amnesty period.

Then get right with your state's tax department and quit looking over your shoulder for the tax man!