Will GOP candidates talk taxes in tonight's debate?
If so, keep in mind that all politics, and taxes, are personal

Donald Trump hasn't released his tax plan yet (he says he will in three or so weeks), but in his 2011 political manifesto "Time To Get Tough," The Donald said he wants to abolish the inheritance tax. That certainly would be a big benefit to Trump's children who one day will inherit his huge estate. 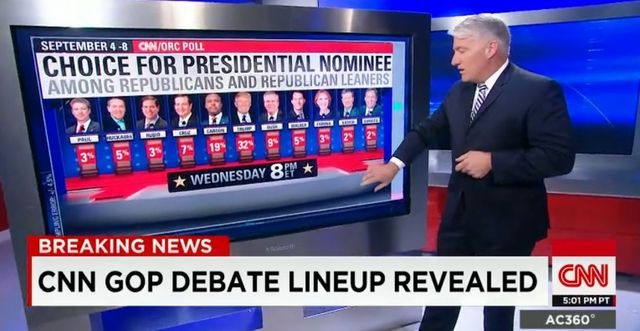 Republican candidates face off again in their second televised debate tonight on CNN. Will they talk taxes more this time? If so, keep in mind how their wealth affects their tax proposals.

I'm not saying that the tax rewrites offered by these two Republican wannabe presidential nominees were tailored just to benefit their specific tax situations.

But politicians are human -- really! -- and everyone's decisions are influenced at least somewhat by our personal circumstances.

Most of the candidates, and current elected officials, for that matter, are many times over more wealthy that the average U.S. voter.

They also get lots of campaign dollars from rich donors who want their personal concerns considered in tax and other legislation.

So it should be no surprise that those personal situations influence their tax proposals.

Deficit based tax proposals: The GOP candidates also seem in this election cycle to have abandoned the party's traditional focus on deficit reduction. In fact, most of them embrace plans that would add to the federal deficit.

Bush's tax plan would add around $3.5 trillion to the federal deficit. The former Florida governor relies on the controversial dynamic scoring argument that his plan would generate 4 percent annual economic growth that would add revenue to the U.S. Treasury.

Florida Sen. Marco Rubio's proposal does have some planks aimed at helping families, but also would eliminate capital gains taxes that most wealthier taxpayers face.

Estimates are that Paul's plan would cost around $3 trillion over a decade using traditional scoring methods. Rubio's deficit increase comes to more than $4 trillion.

More tax breaks for the wealthy: And as mentioned earlier, the plans of Bush, Paul and Rubio are reflective of their personal situations.

All three candidates' proposals would provide bigger tax cuts to the wealthy than to the middle and lower class.

Keep that personal component of campaigning and tax planning in mind as you listen to the 11 GOP debaters tonight.

Remember, too, that despite what is promised to you and me in the limited time allowed during tonight's CNN event, we've got to do our own examinations of the candidates' tax plans.

It's ultimately up to us, the voters, to demand realistic, reasonable and fair tax proposals. If we don't, we literally will pay.